When it comes to clean cars, efficient is just as important as electric 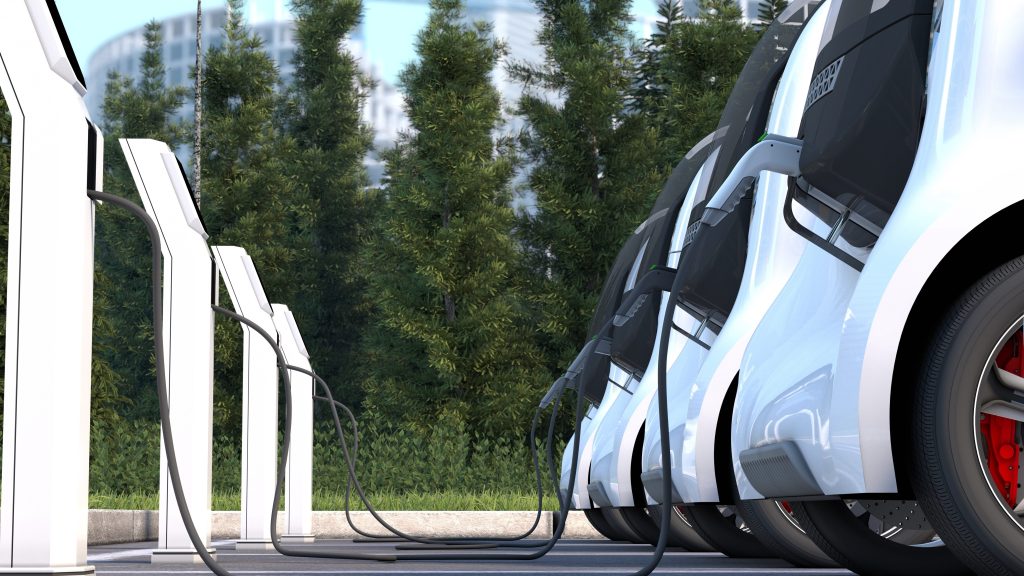 When it comes to clean cars, efficient is just as important as electric

This story was originally published by The Conversation and is reproduced here under a Creative Commons license.

John M. DeCicco, Ph.D., is a Research Professor Emeritus retired from the University of Michigan. His past work on vehicle efficiency was supported by environmental foundations and organizations.

President Biden has proposed ambitious goals for curbing climate change and investing in a cleaner U.S. economy. One critical sector is transportation, which generates 28 percent of U.S. greenhouse gas emissions – more than either electric power production or industry.

Shifting from cars that run on gasoline and diesel to electric vehicles, or EVs, is a key strategy to address transportation’s contribution to global warming. Industry watchers expect big federal investments in charging stations and tax credits for electric cars. But as Biden’s Day One executive order on climate and the environment recognized, an even greater priority is making gasoline vehicles more fuel-efficient.

My research focuses on energy problems, including transportation and climate change. I believe, though EVs are important, it’s emissions from the entire automobile fleet — meaning vehicles of all types and sizes — that ultimately matter for climate. Motorcars stay on the road for a long time, so failing to adequately reduce gasoline vehicle emissions this year burdens the atmosphere with excess carbon dioxide for many years ahead.

The media spotlight on EVs can lend them outsize importance in discussions of the car-climate challenge. Tesla’s leadership on electrification has boosted its stock to record levels. General Motors has made the news with its announcements of new EVs in the making, and all major automakers worldwide now have ambitious EV plans.

Even after accounting for emissions caused by generating electricity to power them, research shows that EVs clearly provide environmental benefits. They emit fewer pollutants that contribute to climate change and smog than gasoline-powered vehicles. And they avoid the environmental damage associated with drilling for oil, refining it into gasoline and transporting it to filling stations.

For these reasons, but especially because of EVs’ crucial role in cutting carbon, California aims to require new cars and light trucks sold in the state to be all-electric by 2035. More than a dozen other states are adopting California’s clean-car strategies. Massachusetts recently announced its own plan to effectively ban sales of new gasoline-powered personal vehicles by 2035.

However, EVs are not yet close to having a measurable net impact on CO2 reduction. According to the U.S. Environmental Protection Agency’s automotive trends report, even as EVs have gained market share, carbon-cutting progress has ground to a halt.

Why? The surging popularity of highly fuel-consumptive pickups and SUVs. Indeed, EPA data show that, to date, higher emissions from the market shift to larger, more powerful vehicles have swamped potential CO2 reductions from electric vehicles by a factor of five.

The role of clean-car standards

To appreciate this conundrum, it helps to understand how federal clean-car standards work. These regulations combine Corporate Average Fuel Economy (CAFE) standards with greenhouse gas emission standards. The two sets of rules are coordinated, because cars that get more miles per gallon have lower CO2 emission rates.

Both types of standards apply to automakers on a fleetwide basis. Therefore, when automakers increase their sales of EVs and other high-efficiency vehicles, they can sell a greater number of less fuel-efficient SUVs and pickup trucks while still meeting their fleet average greenhouse gas emission limits.

As a result, each additional EV sold does not yield a net CO2 reduction overall. In fact, because EVs get extra credit under the standards, electric car sales are now increasing fleet-average emissions to a level slightly higher than they would be without EVs in the mix.

Automakers also exploit flexibility provisions built into the regulations. For example, a firm’s standard gets weaker when it makes its vehicles larger. On top of that, vehicles classified as light trucks — including four-wheel-drive and large SUVs as well as vans and pickups — are held to weaker standards than those classified as cars.

Automakers recognize the future importance of electrification. Most major car manufacturers have pledged to bring a growing number of EVs to market. Nevertheless, EVs still face many obstacles to widespread use, including higher price tags and lower convenience for many consumers.

Even as EVs’ prices fall, driving ranges rise, and charging stations proliferate, the time required to charge EVs will remain a barrier. It’s therefore unclear whether the pieces are in place for a rapid transition to an all-electric automotive future.

Adopting clean-car standards that grow progressively more stringent each year and require automakers to cut CO2 emissions from all the vehicles they sell would ensure that technological promises translate to actual emission reductions. This approach underpinned the Obama administration’s 2012 standards, which originally were designed to achieve a nearly 5 percent yearly average reduction in new-fleet CO2 emission rates.

Some automakers seem to want to sidestep any serious obligation to meaningfully reduce emissions. General Motors has been on a publicity blitz about its EV plans, but the company has been notably silent on restoring strong clean-car standards.

In contrast, Ford, Honda, BMW, and Volkswagen have cooperated with California to develop a plan more in line with climate protection needs. I would argue that even more stringent standards are needed to make up for lost time and put the fleet on track to a zero-carbon goal.

Although it’s not a good reason for weak standards, automakers raise a valid concern when they point to weak marketwide interest in cleaner cars. Consumer demand for more efficient vehicles waxes and wanes with gasoline prices, but there’s an ongoing need to continually reduce CO2 emissions.

Although green groups and green-leaning policymakers have mounted extensive efforts to promote EVs, there is no comparable level of effort to encourage consumers to choose greener gasoline vehicles. That’s a missing link in clean-car strategy.

In short, to cut carbon from cars sooner rather than later, it is crucial to greatly improve the fuel economy of the gasoline vehicles that will still be sold in the years ahead. This is especially true for the pickups and SUVs that comprise the highest-emitting part of the fleet. At the end of the day, total emissions from the entire vehicle market matter much more for the planet than green niches glowing in the spotlight.