Apple’s Lisa Jackson on leadership, justice, and generations of change 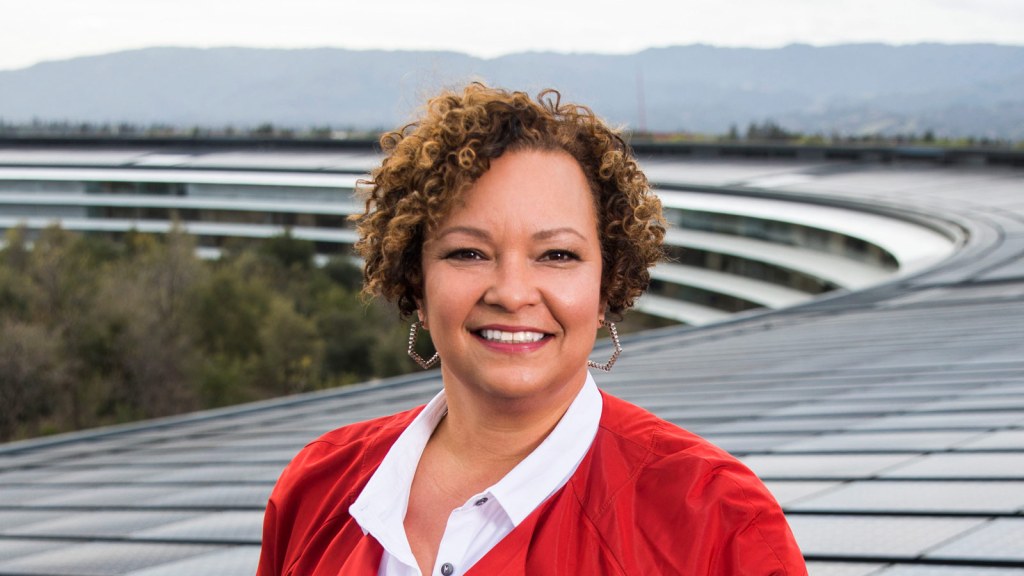 Apple’s Lisa Jackson on leadership, justice, and generations of change

Over the last few months, Apple has taken a couple big swings. In June, the technology company announced a $100 million Racial Equity and Justice Initiative that supports more people of color in STEM fields and pushes for criminal justice reform, among other ambitions. Then, in July, it unveiled a big climate plan, with the goal of going carbon neutral by 2030.

At the center of both these efforts is Lisa Jackson, Apple’s vice president of environment, policy, and social initiatives. From 2009 to 2013, Jackson headed the Environmental Protection Agency, where she led programs around reducing greenhouse gas emissions and made environmental justice a top priority. At Apple, Jackson has already helped the company hit net-zero emissions for its global corporate operations. The new climate plan extends the net-zero goal to the rest of Apple’s operation, including its supply chain.

Throughout her career, Jackson has often been a “first” or an “only.” She was the first Black person to serve as EPA administrator, and she’s the only Black executive on Apple’s leadership team. Fix recently spoke to Jackson about leading racial-justice work in the current moment, the role a mega-company like Apple can play in large-scale change, and the next generation of fearless leaders like herself.

This interview has been edited and condensed for clarity and length.

A.I think leadership right now feels urgent, feels action-oriented, feels almost like a moral imperative. Whether you’re talking about climate, racial equity, criminal justice, environmental justice, or some intersection of all those things, the moment is sending us all the signs that we don’t have time to waste. We cannot afford the luxury of complacency.

It also feels urgent in the sense that there’s so much to do. There’s a lot that we all have to tackle aggressively, and it’s going to take collaboration in a big effort to make any dent. It feels like a great responsibility when you look at people like John Lewis and you realize that [he was part of a] generation of incredibly transformational leadership. He saw in this generation the same type of movement, and you realize that we have a responsibility to keep on going.

Q.How do you balance urgency with intentionality? Particularly within the corporate sector?

A.I think there’s a need for both. There is the need for leaders in the private sector to recognize the moment. That’s something that hasn’t always happened. In the case of the recent spate of murders — George Floyd, Breonna Taylor, Ahmaud Arbery — I think the fact that corporate leaders felt they had to say something is still good news, even in light of the fact that that’s just the beginning. It is a milestone.

Part of leadership is also integrity, which is to not simply give in to the moment of, “I have to say something, but now let’s move on.” This new plan we just announced, for example, to go carbon neutral by 2030, is the culmination of years of work by lots of people across Apple to make an announcement that’s that transformative. And I think that’s the same level of work it will take to make a truly transformative announcement on something like criminal justice reform or racial equity initiatives.

The world’s not going to wait for folks to put plans in action. Part of what you have to do is communicate about what you are doing, so that you start to build a dialogue with the community that cares about the set of issues you’re working on.

Q.How do you approach solving for environmental justice at a technology institution like Apple?

A.I think we can shine lights on places where information has been previously lacking. There’s tons of work around citizen science — the idea of empowering communities to not only have data, but make people aware of it. Apple also runs Apple News; we are storytellers as well to our customers. And then there’s the opportunity around things like our Impact Accelerator, which is to change representation in terms of who the problem solvers are, who in the community is able to aid in the transition to clean energy or in the transition away from, say, food deserts or any environmental injustice.

“People are finally connecting the fact that you can’t talk about climate change and not talk about environmental justice.”

Q.It sounds like you’re intentionally creating opportunities for the next generation of leaders. Has your personal experience informed this idea of future leadership? Are you trying to make sure there are more Lisa Jacksons in the world?

A.First off, I do believe there are lots of Lisa Jacksons out there; they just haven’t maybe had the opportunity to be seen and heard. They don’t have the seat, they don’t have the microphone. I believe that there’ll be even more, if people know that this is a path that’s open and available to them.

I always tell the story that, when I was growing up, I wanted to be a doctor. I didn’t know what an engineer was. I couldn’t dream about it, because I didn’t know it existed!

I don’t buy into the fact that we’re not qualified to have a job. I just don’t think we have access. And I don’t think that the system has recognized our expertise. Growing up in the Black community, seeing racism play out and rear its ugly head, seeing the way women are treated differently than men in workplaces, I believe that part of the job was to kick the door open and leave it open, so people can come behind you or come alongside you.

Q.What do you think about the next generation of leaders? Do you notice any generational differences?

A.This generation is fierce and coming. Because they have come up in the information age, transparency and communication are really important to them. They don’t want to just know what you say — they want to know what you’re doing. That’s why one of the more popular things we’ve done is put out an environmental report on every product we make and an environmental progress report every year on what the company is doing. Because we know people have a tendency to say, “That’s nice. That’s great words, Apple. But we also want to see the evidence of the work you’re doing.”

I also think this is a very collaborative generation. They grew up on social media, on tools that allow for very, very simple collaboration around the world. And I’ve been very inspired by how, whatever the fight is, [the younger generation] is recognizing privilege. Because, if you don’t have it — if you don’t have representation, if you don’t have that voice — you’re not in the room, by definition, where the changes are going to be made.

Q.I wanted to talk a bit about the EPA. What has it been like to witness all the environmental rollbacks that have come out of the current administration?

A.I started at EPA in 1987. I was in government almost 25 years before leading from the administrative position at EPA. I happen to believe that EPA is an incredibly important part of our government. It’s the only government entity dedicated to protecting human health and the environment together. It doesn’t have a constituency in industry. There is no company that EPA is supposed to be taking care of, no sector. It’s supposed to be taking care of public health and human health and the environment.

Some of the strongest tools that EPA has are around transparency — letting communities know where pollution is coming from and where it’s ending up. What’s happening with your local body of water? What is that factory over there emitting? Why does it smell a certain way, a certain time of day? All those are incredibly powerful tools. One of the first things I did when I got to EPA was say that science would be the backbone of everything we do, and that we would operate transparently, so that no special-interest group could come in and try to tap the EPA agenda. I think that is incredibly powerful and important to the sound functioning of the agency.

Q.Do the federal rollbacks increase the urgency for private-sector solutions?

A.At Apple, we believe you have to lobby on behalf of the environmental protections that we think are needed. We do have someone on my government-affairs team whose job it is to lobby for clean energy and climate-change laws.

Part of the other obligation we have is standing up for what we believe not just in the U.S., but around the world. For example, if we want clean energy, we want all of our suppliers to run on clean energy. Part of what we have to do is use our voice alongside them to lobby for more clean energy in their countries. It’s really important to do both.

A.The younger generation. Their fierceness and determination. We’re at a point where people are getting good at demonstrations. We have to come together to solve certain problems, or we’re all going to suffer. We might not all suffer at the same rate, but we can’t be prosperous and leave really big concerns unaddressed.