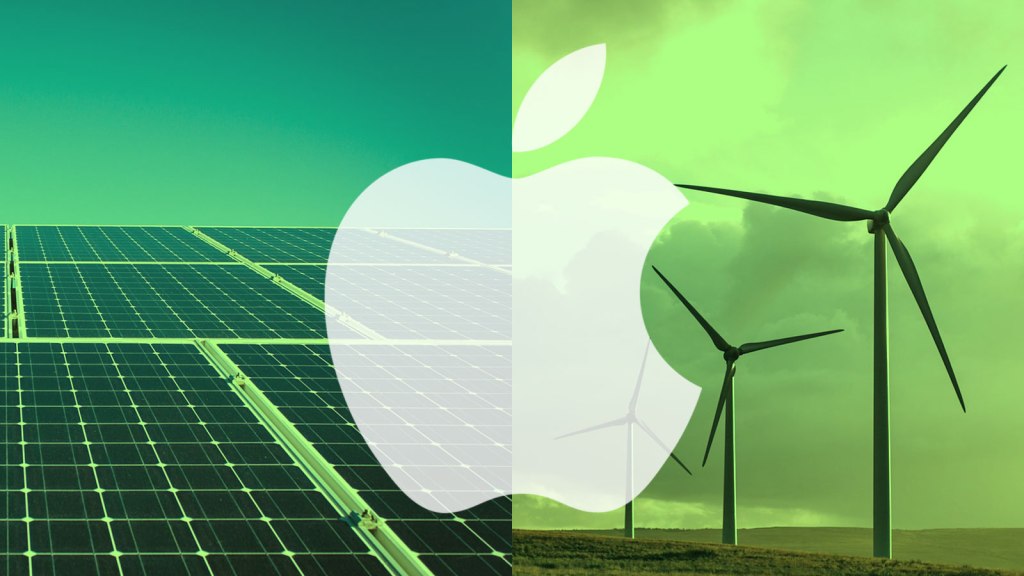 Another one of Silicon Valley’s biggest tech giants is going green. In the past several months, Amazon and Microsoft have unveiled climate plans of varying intensities — Amazon is investing billions in green tech (and plastering the words “Climate Pledge” on the side of a hockey arena) with the aim of net-zero emissions by 2040, while Microsoft’s highly ambitious plan seeks to remove all of the company’s emissions since 1975. On Tuesday, Apple joined the ranks of eco-guilty tech companies with a new plan to go carbon neutral by 2030, 20 years earlier than the target laid out in the Paris Agreement.

In a commercial advertising the plan, a mysterious man whispers a bunch of promises to a baby named Edan (“it means ‘magic’”) who is sleeping alone (??) in a king-size bed in an empty apartment. Where are Edan’s parents? That’s an investigation for another time.

As is often the case with corporate sustainability initiatives, Apple’s plan is a mixed bag. But fortunately, for you, me, and little Edan, Apple’s ratio of ambition to baloney is approximately 5:1.

Let’s start with the good stuff. If all goes according to plan, by 2030, Apple customers will be able to purchase iPhone and Apple Watches that will have “zero climate impact.” All of the company’s suppliers will have to use 100 percent renewable energy for their production within the next 10 years in order to do business with the smartphone giant. Already, Apple says it has secured commitments to go carbon neutral from more than 70 of its suppliers.

Apple plans to only use recycled and renewable materials in its products and packaging, get rid of plastic packaging entirely by 2025, cut down on its use of fresh water, and eliminate waste sent to landfills from its corporate offices and its suppliers. All of the rare earth minerals used in its iPhones’ “Taptic Engine” (the system that causes the phone to vibrate) will be recycled, a first for any smartphone, the company says — in fact, this is already the case for all new iPhones released in the past year. A new robot named Dave (not a joke) will be in charge of disassembling rare-earth magnets from old devices, which will be repurposed for new devices.

In its Environmental Progress Report, also released on Tuesday, Apple sketches out some of the ways it’s already making good on its climate pledge. Apple’s global corporate operations produce net-zero emissions as of April 2020, thanks to offsets in the form of investments in conserving forests, wetlands, and grasslands. The company’s new commitment will extend that policy to the rest of its operations. In order to accomplish this, Apple says it plans to reduce emissions 75 percent by 2030 and invest in carbon removal solutions for the remaining 25 percent (more on that in a minute). The company has already reduced emissions by 35 percent since its emissions peaked in 2015. It says it will invest $100 million in partnership with a private equity fund in energy efficiency projects for its suppliers to speed up the decarbonization process.

More good news: Apple plans to form a team that will focus on investing some undisclosed portion of Apple’s existing $100 million Racial Equity and Justice Initiative in minority-owned businesses. “Systemic racism and climate change are not separate issues, and they will not abide separate solutions,” Lisa Jackson, Apple’s vice president of environment, policy, and social initiatives, said in a statement.

Now, let’s talk about some of the murkier aspects of the plan. Remember the remaining 25 percent of its emissions that Apple plans to use carbon removal projects to offset? The company plans to remove 1 to 2 million metric tons of CO2 from the atmosphere per year in the short term and scale that up over time to reach its goal. It’ll accomplish this by buying carbon credits and investing in forests and other natural carbon sinks like mangroves. Neither the press release announcing the climate plan nor the company’s Environmental Progress Report says how much money the company aims to invest in carbon removal projects. By comparison, Microsoft aims to spend $1 billion on carbon capture and removal, which includes both natural solutions and technological ones.

Apple also still hasn’t changed its repair policy to allow users and independent fixers to fix phones without Apple’s permission. Right now, people who own Apple products have three options when their devices break or die: spend lots of money on an Apple-authorized repair, void their warranty by going to an unauthorized repair shop, or buy a new device. Giving consumers a “right to repair” would keep electronics out of landfills and cut down on rampant consumerism. Apple’s Environmental Progress Report touts a recent expansion of the Apple Authorized Service Provider network, which should make it easier for users to find repair businesses that can fix their devices without voiding their warranties, and it also says it’s making “design choices so that products are easier to repair.” But Apple is still monopolizing the repair process, even as it notes that “making repairs more convenient and reliable is directly aligned with our goal of creating long-lasting products that maximize the resources we use.”

There you have it, folks: Apple’s climate plan. Does it raise the bar for other tech companies that haven’t released climate plans yet? Most definitely. Will it be enough to safeguard baby Edan’s future? Only if the world’s richest countries also get their acts together.