You know your stubborn uncle who can’t sit through a meal without mentioning that climate change is a hoax invented by money-grubbing conspirators with too much time on their hands? This may come as a shock, but there’s a pretty good chance that he’s in the dark about what climate scientists really do.

According to an August report by the Pew Research Center, 66 percent of Americans who are very familiar with the role of environmental researchers trust them to do a good job all or most of the time — but that number’s just 26 percent among people who have no idea what those researchers are up to. (That trend tracks across disciplines, too.)

Since she started Skype A Scientist in 2016, the organization has matched over 15,000 classrooms with a small army of scientists, ranging from alligator ecologists to fungi futurists. Communicating directly with students via video chat, these obliging experts have answered all manner of questions: “Have you researched the lost city of Atlantis?” “Would you rather marry a clam or be a clam?” And this, especially burning query: “Is Jupiter made of farts?”

McAnulty says that those sessions help kids get a much-needed understanding of what scientists are all about. And kids don’t get to have all the fun: Scientists can also Skype with book clubs, correctional facilities, and drunk science nerds (if five of them manage to stumble in front of the same laptop).

“Just talking to scientists — getting to know us, seeing us in real life — I think that can go a long way,” McAnulty said. (If you saw McAnulty in real life, for example, you might find out that she drives a “Squidmobile” that encourages passers-by to text a Google Voice number for squid facts she provides herself.)

Here are some excerpts of my recent conversation with McAnulty, edited for length and clarity. 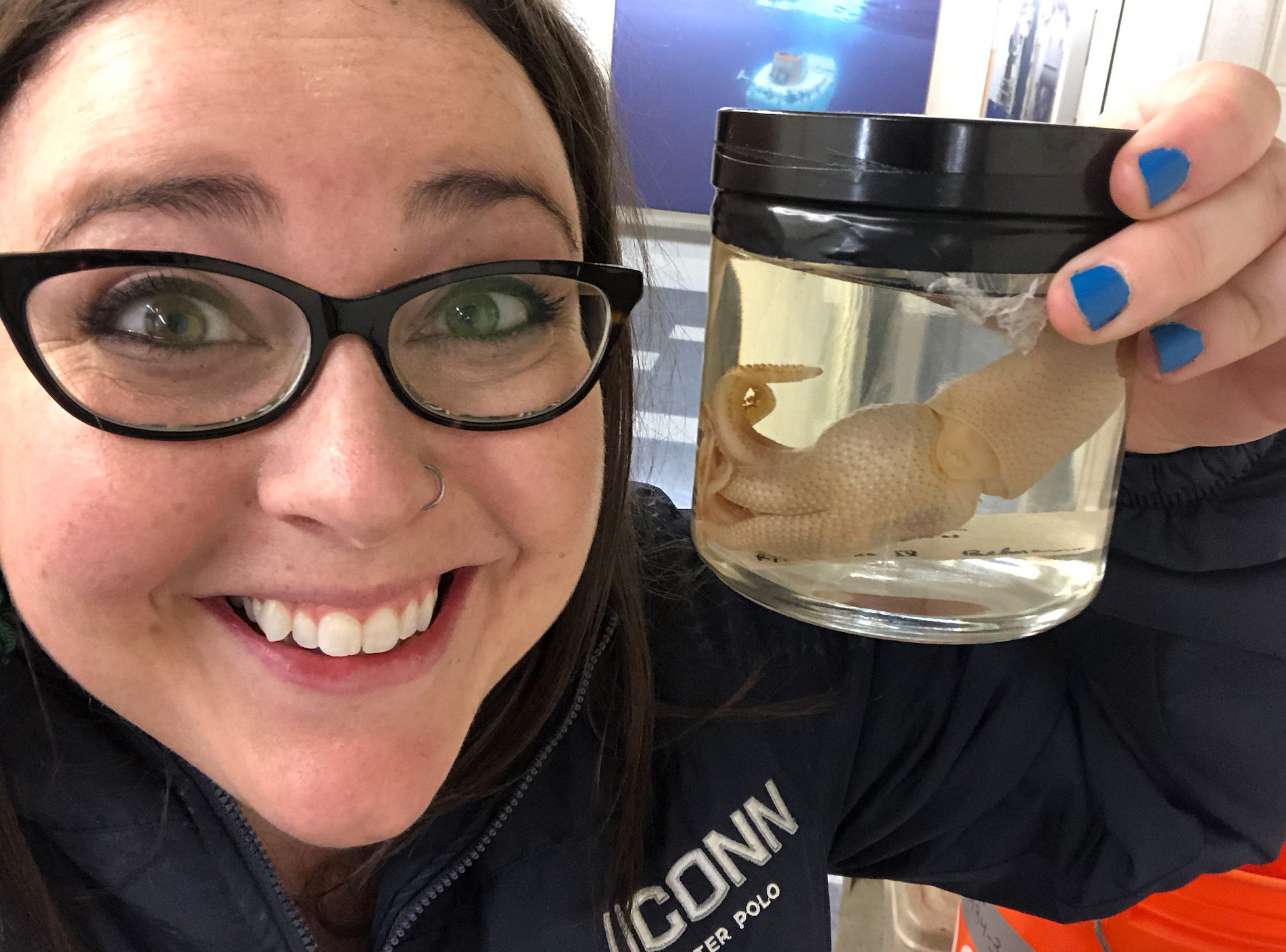 Basically, the 2016 election happened, and everyone was on Twitter in a panic spiral. All of a sudden, all of these scientists had so, so much energy, but they had no idea what to do with it. I tried to think about how we could take all that energy and make it something useful, in a sustained kind of way.

Why kids are the perfect audience:

One of my goals in science communication is to break out of the NPR bubble. It’s pretty easy to reach an educated crew that’s already on your side. But where do we have full cross-sections of the populations? Well, duh: schools. Let’s get scientists into public schools. Even if you’re not going to become a scientist, science is for everyone. Science is just the process of finding out what’s true.

How Skype-A-Scientist came to be:

I just went on social media and said, “Hey everybody, we’re gonna try this thing. If you’re with me, get on board.” I thought maybe we’d get 100 classrooms, but we quickly got 800 classrooms and 500 scientists. I matched everyone up by hand on a Google spreadsheet. It was the biggest sudoku puzzle of my life. [Author’s note: The organization has since switched over to a matching algorithm. Praise be.]

Let’s say that your classroom wants to learn about colony collapse disorder. You can put “bees” in the search bar, and then you get everybody who studies bees. Or, the teacher can choose one of 24 broad categories, like neuroscience or plant science. But that’s not all we match on. Teachers can tell us if their classroom has over 50 percent of a given underrepresented group in STEM, and we’ll match that classroom with a scientist of the same group. We know it’s really important for young people to see themselves represented in science, and we want to make sure that’s happening.

When you talk about your science enough with adults, you get the same 20 questions over and over again. With kids, you get questions that you have to answer on your toes. Once, I was Skyping an elementary school class, and someone asked, “How do squids live?” What a question! Where do I even start?

How squids live (it’s a punch to the gut):

There’s a type of squid that lives deep in the water off the coast of California, and the males will punch a sperm packet through the mantle cavity of any squid they encounter, because they encounter other squid so infrequently, and they need to take the opportunity to mate. They don’t check if it’s a male or a female, they just punch it through. It’s like getting punched in the abs with sperm! It’s so gross, and so aggressive, and so, so funny. Whatever works for ya, I guess.

Are they actually running the place and we just don’t know about it?

If you’re a teacher, a scientist, or just a group of five geeks or more, check out Skype A Scientist’s website to get involved. 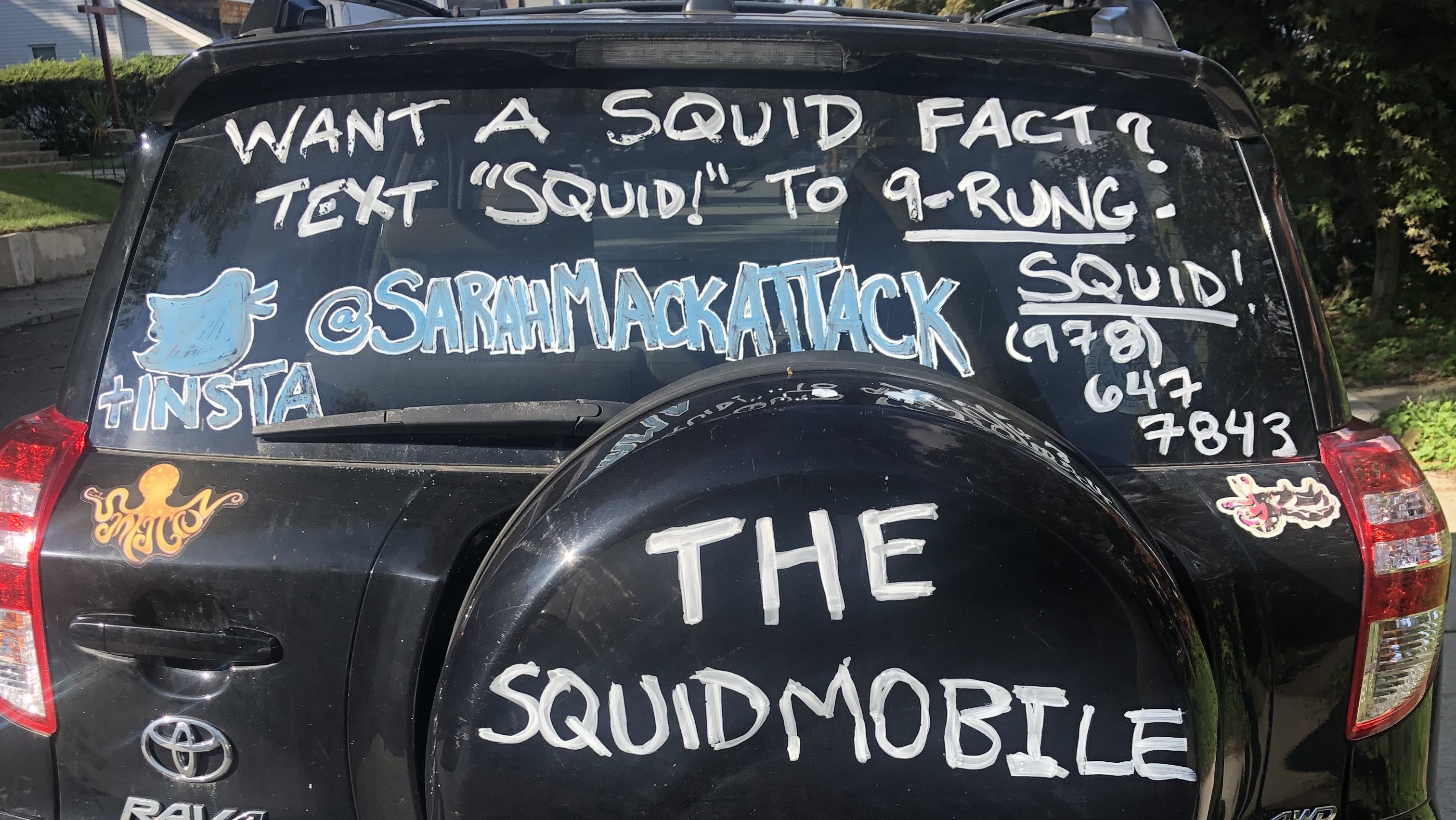 Kids are back to schooling us on climate change

Patent law is hampering climate mitigation. We have a solution.