The World We Need celebrates America’s unsung grassroots environmental groups — often led by people of color and the poor — that defend communities against polluting industries and help them mitigate the impacts of climate change. This excerpt highlights the work of the community organization T.E.J.A.S. and the activist artist collective Not an Alternative.

This post was produced in partnership with The New Press.

Bryan Parras had always wanted to build a museum in Houston. Growing up amid a dense agglomeration of oil refineries, chemical plants, and industrial waste facilities on the city’s east side — the predominantly Mexican American neighborhood of Manchester, and all along the Houston Ship Channel — he was compelled by their noxious fumes to launch a community environmental justice organization with his father, Juan, in 2006. By then, Juan had been organizing the neighborhood for 11 years with the group he founded, Unidos Contra Environmental Racism, and now, they renamed it Texas Environmental Justice Advocacy Services, or T.E.J.A.S.

The group leads “toxic tours” of local Shell, Valero, ExxonMobil, and Chevron facilities. They monitor the local air and conduct scientific studies with partners like the Union for Concerned Scientists. They have participated in the Tar Sands Blockade and the Campaign for Healthier Solutions. And in the wake of Hurricane Harvey in 2017, they helped to model a new, grassroots-driven approach to disaster relief dubbed “Just Recovery.”

They also continue to live at the heart of the fossil fuel capital. Houston is the headquarters of the U.S. energy industry, and all kinds of local institutions — art, culture, sports, and recreation — receive major oil and gas donations. “We had always wanted to target the Houston Museum of Natural Science,” he said. The museum includes Weiss Energy Hall, a sprawling exhibition on oil, gas, and energy that visitors must traverse to get to the dinosaurs, and where Texas’ drilling history is celebrated as a beacon of cowboy culture. “It’s attractive to young boys.” 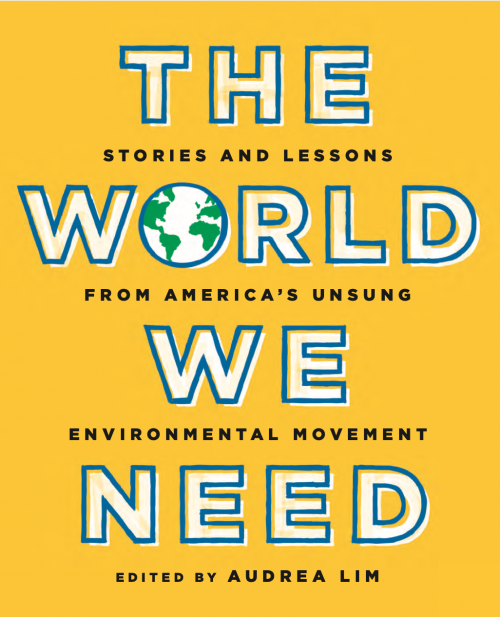 So when Beka Economopoulos and Jason Jones, activists with the art collective Not an Alternative, were commissioned to install a pop-up natural history museum in Houston and asked if T.E.J.A.S. wanted to collaborate, Parras saw an opportunity to change the narrative. “What happens to communities where this stuff ends up is important, and that’s not shown ever in spaces that are curated by oil and gas,” he said. Instead, those spaces tend to focus on the fossil fuel industry’s end products: plastics, medical devices, chemicals, new technology. “But they gloss over, or never mention, the negative impacts for people living along the route. If there are any dangers involved, they glorify those dangers with the exciting masculine appeal of how Texas likes to think of itself: as frontiersmen and cowboys.”

Not an Alternative formed in New York City in 2004 to shape political and social discourse through art, activism, and popular education. And the 2016 Natural History Museum in Houston was not its first pop-up museum. Two years earlier, it had learned that David Koch, the fossil fuel tycoon, sat on the board of New York City’s American Museum of Natural History (AMNH). This seemed contradictory: Koch is a notorious climate denier, and Koch Industries a major producer of greenhouse gases. “How do you get a $20 million donor off the board?” asked Economopoulos. “The museum sector — families and parents take their kids there to learn about nature. They love these places, and bike-locking yourself to the outside doesn’t seem to make sense.”

So they took to heart the artist Andrea Fraser’s call to spotlight these contradictions in museum institutions, drawing inspiration from their friends at Liberate Tate, a U.K. art collective that had been pressuring the Tate museums to drop BP as a sponsor through unsanctioned performances, like unleashing an oil spill at their summer gala. Days after the first People’s Climate March in 2014, Not an Alternative launched its first pop-up natural history museum at New York City’s Queens Museum, reproducing AMNH exhibits without the key omissions: how its sponsors were despoiling the very “nature” that AMNH was celebrating.

They asked other museums to cut ties to the fossil fuel industry and were told, “It’s great what you’re doing, but we’re neutral. We can’t.”

“This myth of neutrality! We were like, ‘Where is this coming from?’” said Economopoulos. And when they eventually toured the Houston Museum of Natural Science with T.E.J.A.S., they realized that there “was no better place to point to that failure and madness, insofar as it represents the ways that what’s ‘neutral’ is so malleable depending on where you are, who your sponsors are.”

Weiss Energy Hall was “obviously propaganda for museum sponsors,” said Economopoulos, “a ‘who’s who’ of oil and gas companies.” Why were important scientific facts — that kids who grow up within two miles of the Houston Ship Channel are 56 percent more likely to get leukemia, for instance — excluded? And why, when citizen science and diversity and inclusion in STEM is all the rage, wasn’t the museum celebrating people, like the residents of Manchester, for doing their own air and water monitoring?

The dioramas, holograms, and public events of “Mining the HMNS: An Investigation by The Natural History Museum” drew thousands of visitors in 2016. As Not an Alternative’s reputation grew, members of the American Geophysical Union, the world’s largest association for climate and earth scientists, invited them to organize a rally at their annual convention to pressure the organization to drop ExxonMobil as a sponsor.

“This is an incredible public communications platform that has been relatively under-tapped by communities and social movements,” she said. The $50 billion museum industry draws more annual visitors in the United States than sporting events and theme parks combined. And as former President Donald Trump ushered in a new war on science, professional science institutions also began to recognize that their much vaunted neutrality is a myth.

Before long, Not an Alternative received a similar invitation from the American Academy for the Advancement of Science, the world’s largest scientific association, to help shed light on its fossil fuel sponsors. At the rally, T.E.J.A.S. organizer Yvette Arellano told the crowd that science — and scientists — were the last line of defense between her community and the giants of the fossil fuel industry. “There was not a dry eye in the house,” said Economopoulos.

Selections are from “Mining the Houston Museum of Natural Science: An Investigation by The Natural History Museum,” Project Row Houses, 2016.

Copyright © 2021 by The New Press. This excerpt originally appeared in The World We Need edited by Audrea Lim and reprinted here with permission.

Fix, Grist’s solutions lab, is hosting The World We Need: An Exploration of Art and Justice on May 27. This virtual event will investigate the relationship between art and environmental justice through the work of artists and Grist 50 honorees Favianna Rodriguez and Beka Economopoulos. Register here.

Read more excerpts from the book:

>> How artists are capturing the struggle for environmental justice
>> A just transition doesn’t have to be top-down. This Brooklyn neighborhood is proof.

Through their eyes: How artists are capturing the struggle for environmental justice