Barton Springs is celebrated by many as the soul of Austin. The three-acre pool, rising from the Edwards Aquifer, sits among 350 acres of parkland in the capital of Texas. “The Springs” is home to sacred spiritual practices, swaying forests of water stargrass, drunken full-moon parties, endangered salamanders, and bracing New Year’s plunges. The green-blue pool stays 70 degrees year-round — a relative ice bath in summertime and a warm dip in winter. Mist rises from the water on cool mornings and cormorants skim the surface, hunting crawfish.

Karen Kocher is a filmmaker and University of Texas professor who has dedicated decades to preserving and protecting Barton Springs and its ecosystem, which has long been threatened by development. A key fight came in 1990, when a developer proposed the largest residential project in Austin’s history upstream of Barton Springs. It was voted down in a historic all-night hearing, but the incident revealed oversights in the municipal watershed ordinance. Save Our Springs Alliance wrote a replacement that restricted development in the Barton Springs watershed and successfully lobbied for its passage. Kocher chronicled the movement in her 1993 documentary, Common Ground: The Battle for Barton Springs. (Full disclosure: Kocher and my mother are longtime colleagues; I’ve known Kocher for years and served as a production assistant to her while in high school). “It turned out,” said Kocher, “that it was a model for the nation of citizen participation and involvement in their government.”In 2008, Kocher launched Living Springs, an interactive, multi-platform documentary that celebrates the culture, science, and spirituality of Barton Springs. The project includes interactive museum exhibits, a summer screening series, and a six-part series that aired on PBS. Kocher’s latest feature, Origins of Green Identity, tracks the efforts of two women to preserve Barton Springs from post-war development. Her work shows how this fragile ecosystem has survived only through the efforts of its fiercest advocates. Living Springs may be a local story, but it’s a global model for using art to inspire activism.

Kocher spoke with Fix about the genesis and future of Living Springs. Her responses have been edited for length and clarity.

The origin of Common Ground 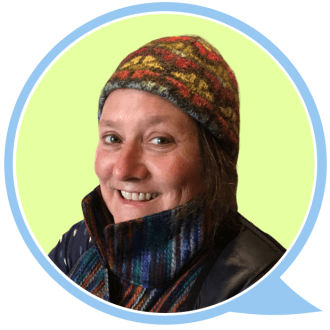 I came to grad school in 1989. I’d never been to Texas. I was working in Washington, D.C. When I told my parents I wanted to make documentary films, they were like, “Oh, great! Have fun with that. We’re not helping you pay.” UT was a bargain — I applied but didn’t get in. I decided to go anyway.The summer I arrived, it was over 100 degrees in June, and the house I was renting had no air conditioning. I asked the neighbors, “How do I deal with this?” Someone said, “Well, you need to go to Barton Springs!” I went. That first time looking over the fence, it took my breath away. Just the idea that in the midst of this urban area there was a place to jump in fresh water, and the colors and the rock formations — it was awe-inspiring. About the same time, the city was getting ready to revise its watershed ordinance. There were hearings on a local station, and I could not stop watching. I hadn’t ever seen such a thing — local people playing guitars, reciting poetry, and arguing about rather dense aspects of this ordinance. It was fascinating. Coming out of grad school, I had my first documentary: Common Ground.

After grad school, I remained interested in the Springs. In ’97 a friend called me out of the blue and said, “There’s this new museum that’s opening, a science education center at the Springs. Want to come and work with me?” So I helped him with an interactive exhibit and made a short film, Springs Symphony, for the museum in 2000. A decade goes by and I go back to that exhibit and the same film is playing. I thought it would be valuable for the community to have videos that document people studying, celebrating, and communing with the Springs. That was the origin of the Living Springs project — to create this growing series of films that could be displayed interactively in the educational exhibit. Some 90,000 people visit each year. We had summer screenings of Living Springs from 2013 through 2018. I was really trying to connect people’s enjoyment of the Springs to education [and then] to action.

Teachers are finding creative ways to use the content to help students connect to the Springs. A teacher at Austin High School had students do their own oral histories. More than 200 of my students have learned video editing on raw footage of the Springs. I want Living Springs to be a resource for people. Maybe someone 100 years from now will want to know something about people’s relationship to the Springs, and they’ll find this.

The future of Barton Springs

The Springs are still under broad threats. Much of the development happening where water flows toward the aquifer that feeds Barton Springs is beyond Austin’s jurisdiction. That is very worrisome. There is the planned 12-lane Oak Hill Parkway, a natural gas pipeline, and the danger that direct discharge of treated effluent will be permitted. In the communities where many of these threats originate, the people don’t swim at the Springs, so it’s not personal to them.

If something like the Barton Creek development came up again, I wonder whether there would be the collective outcry that there was in the ’90s. Every time there’s something on the ballot to buy land to protect it from development, Austinites vote for it. But the city doesn’t allocate enough money for all the land we need to preserve.

I think it was Ann Richards who said, “You don’t have to go to Barton Springs to realize its value.” But if you can’t articulate the value of a place, you’re not going to save it. So I can’t get away from Living Springs. The idea is a labor of love — I haven’t met anyone who’s involved in environmental issues who doesn’t feel that way. It’s in your blood. It’s in your body. It’s a calling.