Brandon Smith remembers his first wildfire vividly as something out of the Avengers. He was on a crew combating one of the many blazes that scorched California in 2012. Adrenaline pumping, he toiled alongside professional firefighters for 20 hours. The only difference between them? When they finally contained the fire, they would return home and he would return to prison.

California relies heavily on inmates to fight the nightmarish fires that occur with increasing frequency as the world grows ever hotter. Despite years of experience — which the state desperately needs as it calls on other states for help — many of the 1,800 or so inmates working in prison fire camps find it all but impossible to pursue careers after completing their sentences. State law bars those with felony convictions from earning the emergency medical technician certification many municipal fire departments require. (Governor Gavin Newsom recently signed legislation making things a little easier for those who are currently and formerly incarcerated.)

Smith discovered that firefighting was his calling while working on the front lines at Bautista Conservation Camp, one of the facilities that houses inmate firefighters. He was among the thousands of inmates in dozens of such camps. They’re all volunteers, and the rules allow only those with low-level convictions to serve. They work long hours for just $2 to $5 each day (yep, you read that right) fighting fires, thinning forests, maintaining parks, and performing other tasks.

By the time he was released in 2014, Smith had spent two years on a crew. Even so, it took him a year and a half to find steady work doing what he loved. It wasn’t until then-Governor Jerry Brown declared a state of emergency as fires ravaged 15 counties that Betty Ashe, a U.S. Forest Service battalion chief, hired Smith for a temporary gig in 2015.

Smith was battling one of those fires when he heard someone call his name. He looked around to discover that he was working alongside the same crew he’d been incarcerated with some 18 months earlier. While chatting over dinner, he realized that many of them wouldn’t have the resources they’d need to have a chance at a professional career. He and friend Royal Ramey — who had followed a similar trajectory to firefighting — decided to remedy that.

The two founded the Forestry and Fire Recruitment Program (FFRP) in 2015. The nonprofit, which works with more than 1,000 currently and formerly incarcerated people, provides access to social workers, training, certifications, and six months of paid transitional work in fire prevention. Of the 11 people who graduated in March, most have found jobs in the profession, Smith says. They recently got an assist from Newsom after he signed legislation allowing former inmates who served on fire crews to have their records expunged, making them eligible for EMT training and professional careers in firefighting.

Fix chatted with Smith about his work, representation in the industry, and the future of combating wildfires. His remarks have been edited for length and clarity.

On the challenges of re-entry 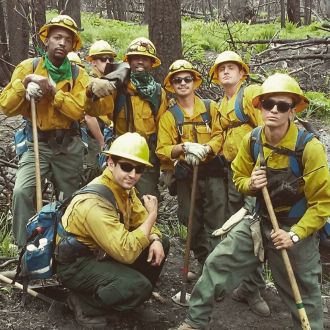 Brandon Smith, far left, with his crew. Courtesy of FFRP

Once people come home from fire camp, they face immediate challenges: getting access to housing, healthcare, and social services, and getting in contact with their probation or parole officer and making sure they’re supportive.

Folks coming home from fire camp are on parole for three or five years. That creates an initial challenge because you cannot be a professional firefighter. If you have a 50-mile radius that you have to stay within, you can’t go statewide or nationwide to work. As a firefighter, I need to be able to go to every state if they call me.

The second challenge is that the firefighting world is a tight-knit community. Even in 2020, it’s about who you know. A lot of people don’t know how to hop into this space. The application process is really convoluted.

On the impacts of COVID on recruitment

COVID has created increased demand for our services. Although the Forestry and Fire Recruitment Program is at capacity right now, more formerly incarcerated people need these types of services. That’s because Gavin Newsom released thousands of low-level offenders, the majority of whom worked in fire camps and didn’t know they were coming home.

Ironically, the state has spent a lot more money calling in firefighters from outside of California. Newsom and Thom Porter, California’s fire marshal, have said that we’ve completely run out of firefighters, when, at the same time, they just released thousands of people who have years of lived work experience as firefighters.

On the new California bill

Before Governor Newsom signed Assembly Bill 2147, there was this myth that if you were incarcerated in fire camp, there was no way for you to transition over professionally to this space. Nobody knew how to do it. With this law, the state is for the first time saying that formerly incarcerated people deserve that opportunity.

There are two big things that I really appreciate about the law. The first is that the state is finally doing something to help. The second is that the law allows people to get off of probation or parole, or change the conditions, if they have a job offer or a conditional job offer.

I think the law is a step in the right direction, but I don’t think it’s the be-all, end-all. Expungement actually doesn’t wipe away the record. There will now just be a sentence at the bottom that says, “per penal code defendant pled not guilty, crime or charge resolved,” or something like that. Employers still see the information. They just can’t technically use it. 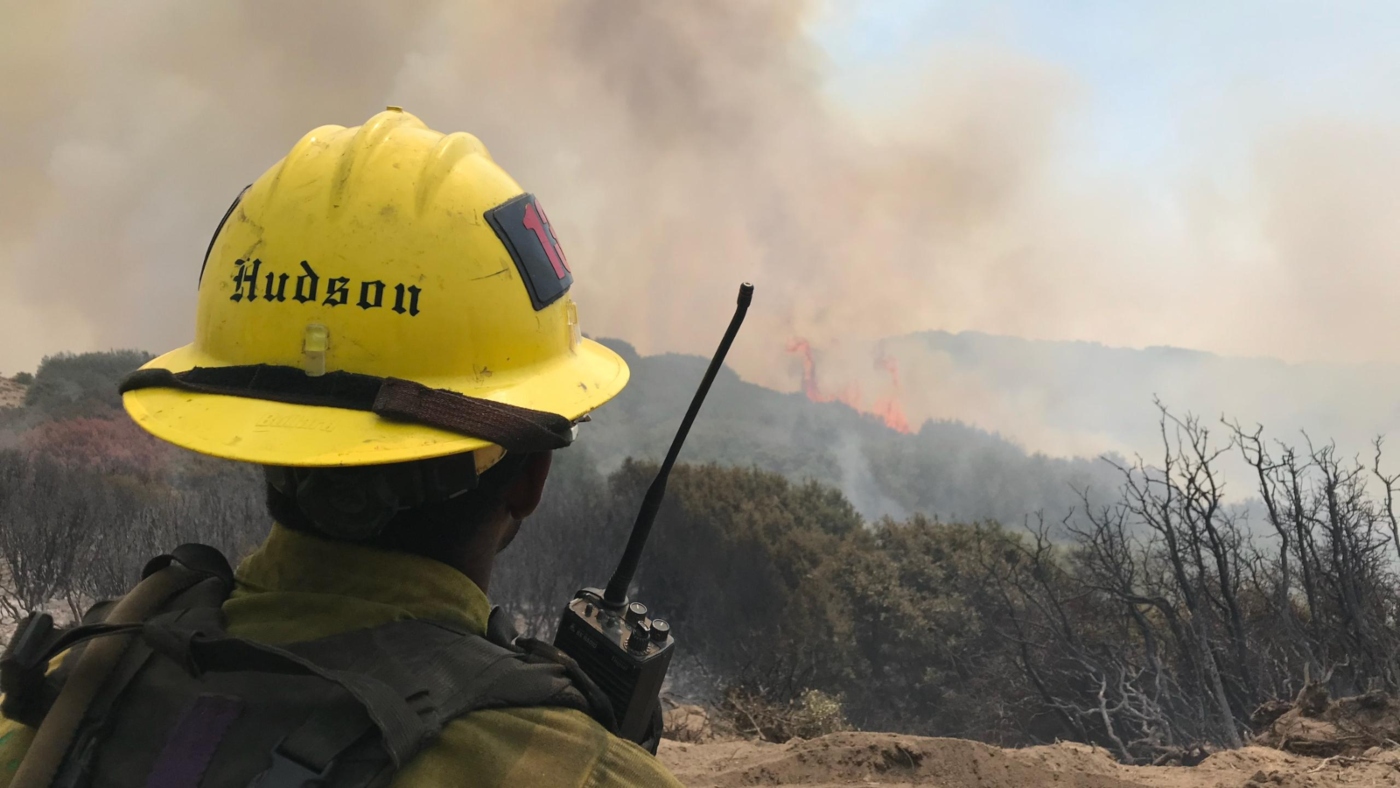 Matt Hudson, one of the first graduates of the Forestry and Fire Recruitment Program, surveys the scene of a wildfire. Courtesy of FFRP

On representation in the fire service

We know this has been one of our strongest impacts, and the cool part is that we didn’t set this as a goal. The majority of firefighters in California and, really, in the country, are white men. There are diversity issues within the fire service, and everyone has acknowledged it. Part of it is because it’s a space where it’s like, “I need to know you and I need to trust you, so I’m going to deal with somebody who I identify with.”

I started in 2012, and even from then to now, I see a drastic difference in how quickly fire season is ramping up.

I’m not sure if you watched the movie FernGully a long time ago and learned about the concept that the forest needs to burn, but for the past hundred years, we haven’t been doing that. A lot of the work being done is reactionary. There is not that much proactive work being done. When I was in fire camp, we were some of the only people doing forest-thinning work.

Climate change is real. I’m happy that folks are addressing the fact that it’s a driving factor in wildfires. But besides hiring more firefighters, the state needs to create more jobs for people to do forest-thinning work. Right now, California doesn’t do that. It just says we need to hire more firefighters.

We feel like FFRP is out here working at a very unique intersection of criminal justice and environmental challenges, where we’re taking a proactive approach to, maybe not job creation, but to preparing people for these jobs that are coming.

Correction: Fix previously misidentified Matt Hudson in a photo. We regret the error.

What is the Indigenous landback movement — and can it help the climate?