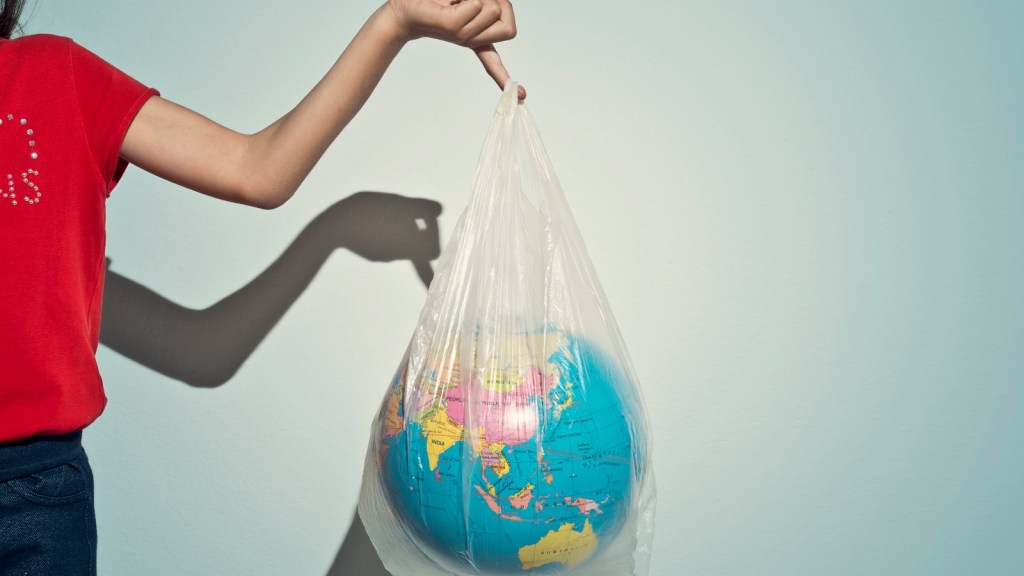 Sarah J. Morath is a law professor at Wake Forest University School of Law and the author of the forthcoming book "Our Plastic Problem: Costs and Solutions" (Cambridge University Press, 2021).

Just last month, scientists labeled the United States as the country generating the most plastic waste worldwide. The world is desperately seeking U.S. involvement in not only solving the glut of plastic soda bottles, bags, and straws polluting our air, soil, and water, but also the plastic face shields, takeout containers, and bubble wrap that have proliferated with the pandemic. Yet over the past four years, the Trump administration’s most notable action has been to sign the industry-supported Save Our Seas Act, which some 40 environmental organizations opposed.

Fortunately, Biden’s presidency provides a much-needed opportunity for the U.S. to re-engage with the international community on the climate crisis in general, and on the urgent matter of plastics in particular.

Plastic’s durability has lent it widespread use, but that’s what also allows it to persist in the environment. As a result, microplastics — small plastic particles — are infiltrating everything from ice cores in the Antarctic to the salt on your table. And the fossil fuel industry has pivoted to plastics amid fears that global demand for fossil fuels will continue to decrease.

There is no shortage of scientific studies demonstrating the pervasive nature of plastic pollution and its devastating impact on our environment. A June 2020 study in Science even reported an alarming amount of plastic particles in rainfall in the western United States, leading some to call plastic rain the new acid rain.

Remember acid rain? You may not because we largely solved that problem in the 1990s, thanks to the 1990 Clean Air Act amendments as well as the international collaboration led by the George H.W. Bush administration. The Convention on Long-Range Transboundary Air Pollution helped to address acid rain and was recently praised by the World Resources Institute for its “great, if largely unsung, success.”

While critics are quick to point out the difficulty of enforcing international agreements, the collaboration they require still has impact. Countries can monitor a problem, gather robust data, and share best practices, which leads to the creation of workable solutions. The acidity of rainwater in the northeast has decreased tenfold since countries began to work on solving the problem. International collaboration also helped repair the ozone, curb the illegal wildlife trade, and restore critical mangrove environments.

The Break Free from Plastic Pollution Act is groundbreaking legislation that requires plastic producers to take responsibility for the waste they generate using a concept called “extended producer responsibility.” Passing it would be a positive step. But equally important is the international action Biden can take.

While the president’s authority over foreign affairs is not absolute, the president can enter into some international agreements unilaterally. These powers allowed President Obama to join the Paris Climate Agreement and President Trump to withdraw from it.

Given the president’s authority in international affairs, here are some actions Biden can take to help curb our plastic problem.

In June 2018, five G7 countries — Canada, France, Germany, Italy, and the United Kingdom — along with the European Union signed the Ocean Plastic Charter and committed to concrete actions to address marine plastic litter. The proposed framework seeks to curb plastic pollution at each stage of a plastic product’s life cycle: It calls for sustainable design, recycling infrastructure improvements, public education, and new technologies for removing plastic from wastewater. U.S. participation, led by President-elect Biden, would demonstrate a recognition that plastic pollution is a problem and would signal a willingness to join in crafting global solutions.

In May 2019, the Basel Convention, an international treaty that governs the movement and disposal of hazardous wastes across international borders, was amended to regulate the global plastic waste trade. Although the United States signed the Basel Convention in 1990 and the Senate gave its advice and consent to ratification in 1992, Congress has not enacted the necessary legislation to implement it. That means no president has been able to ratify the treaty. Still, we can respect its goal to help stem the flow of plastic waste from wealthy countries that produce it — like our own — to developing countries.

In recent trade discussions with Kenyan President Uhuru Kenyatta, President Trump did the opposite and signaled interest in shipping off plastic waste to Kenya. Biden should resist such potentially unfair arrangements and could instead reduce domestic plastic waste by reinstating policies such as the National Park Service’s ban on plastic bottles, which Trump lifted in 2017.

Last month, the World Wildlife Federation, the Ellen MacArthur Foundation, and several international businesses including Coca-Cola, Starbucks, and Nestle published “The Business Case for a UN Treaty on Plastic Pollution.” The report argues that a global plastic treaty with binding targets would help harmonize policy efforts among signatories, enhance investment planning, stimulate innovation, and coordinate infrastructure development. While there is currently no plastic pollution treaty under consideration, a recent meeting of the United Nations working group on marine litter and microplastics reported that more than two-thirds of member states are interested in a global plastic treaty. Biden should encourage and participate in treaty discussions.

The Trump presidency has demonstrated how a lack of U.S. involvement in global matters can have detrimental consequences. Fortunately, President-elect Biden has already signaled a willingness to work with global leaders on urgent issues like climate change, and he can be the leader the world needs to solve our plastic problem — it’s only getting bigger, and it’s not going anywhere.