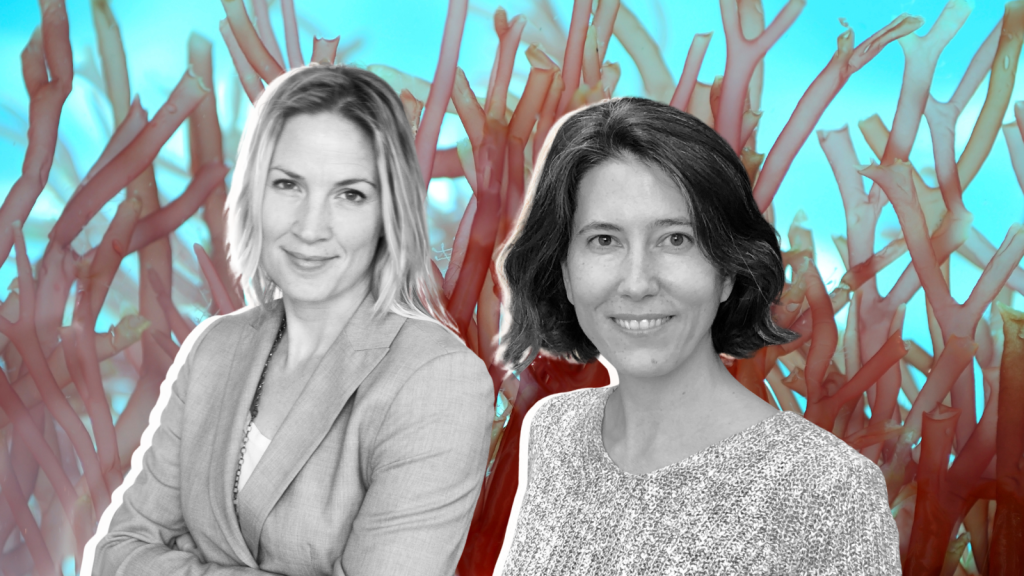 Seaweed is loaded with protein, brimming with carbohydrates and, yes, grows like a weed, which explains why it has been a staple of many Asian diets since prehistoric times.

Still, seaweed is hardly ubiquitous on Western dinner plates, and the thought of it monopolizing a meal might give some people pause. But Amanda Stiles and Beth Zotter want to see seaweed dominate the alt-protein supply chain and change how we eat for good. “Our goal is to develop the most sustainable supply chain for protein on Earth,” says Zotter, who cofounded the seaweed start-up Trophic with Stiles, a biochemist and former head of research at Ripple Foods, in 2018 after a stint in biofuels.

No, they don’t wish to serve you heaping piles of slimy greens seemingly plucked from the gardens of Dr. Seuss. Their focus is on Rhodophyta, or red seaweeds, for their vibrant colors and high protein content. Unlike other companies that see seaweed’s potential as food, Zotter and Stiles consider it an ingredient that can make fake meat look, cook, and taste more like the real thing. Dulse, a type of red algae, even tastes something like bacon when cooked. They are researching red seaweed on a molecular level, exploiting its properties as a protein powerhouse and superior binding agent that makes it a better choice than soy and pea protein in something like a faux tuna steak. It also thrives in harsh, salty climes, does not need fertilizer or fresh water, and grows so quickly it can absorb carbon at a rate much faster than a terrestrial forest. According to Zotter, seaweed farms covering an area the size of Massachusetts would supply enough protein to replace all the beef consumed in the world.

Fix chatted with Stiles and Zotter about why seaweed could revolutionize our diets, how it might replace factory-farmed livestock, not to mention forestall climate-change disaster. Their comments have been edited for length and clarity.

How, and why, did you get into seaweed?

Beth Zotter: Because biofuels are not commercially viable yet, I started looking for more immediate commercial opportunities. I quickly realized there was a huge opportunity for seaweed as a sustainable and high-quality source of protein. Seaweeds are up to 45 percent protein, which is higher than soybeans. I started looking for somebody who could help me develop a process for extracting the protein to make a protein for plant-based meat. That led me to Amanda.

Amanda Stiles: My background is in plant biochemistry, and I’d been working on environmental projects for most of my career. There are a lot of novelty proteins out there like mung-bean eggs and things like that. I wanted to find something that could taste good and is inexpensive. When I met Beth, I was so excited about seaweed protein, because it ticked all the right boxes: It’s high in protein, it’s hugely scalable and affordable, and it’s so versatile.

And what are you doing with the stuff?

Stiles: Seaweed is primarily composed of protein and carbohydrates called hydrocolloids. What we’re doing is a process called fractionation, which is separating the hydrocolloids from the protein so we have more flexibility with the ingredients we’re creating. Hydrocolloids bring a lot of texture to a product as well. Our goal is to make a product that has all the essential amino acids and natural B12, has good color, texture, and a nice umami flavor, too.

Zotter: Right now, we need to demonstrate to the world that this is a really innovative, delicious and healthy new protein, and that it’s not a boutique protein, but one that can compete with soy for cost, volume, and nutrition. We are especially interested in whole muscle meat analogues right now — the brass ring in plant-based foods. Because of seaweed’s unique gel textures, it’s great at binding things, which enables the sort of three-dimensional structure that you need to simulate whole muscle. Imitating a juicy steak or burger is tough because plant-based food products lose a lot of oil and moisture when cooked. Our ingredient has good water-holding capacity, so we think it will do a really good job of maintaining moisture and fat. It also browns nicely when cooked — a pain point for the Beyond burger, for example, which uses beet juice as a colorant. There’s even a warning label on the instructions not to overcook your Beyond burger because it won’t change color on the inside.

Stiles: That’s one of the properties that was a big surprise, and one we’re very excited about. That’s one reason we’re focusing on red seaweeds: Their natural red color turns brown when cooked, and they also tend to be the highest in protein. We are definitely not discounting other seaweeds, however, and are interested in trying green and brown seaweeds down the road.

“The Department of Energy is funding us because it is interested in seaweed as a renewable fuel. But the same technology could allow seaweed to become the most sustainable, scalable source of protein on Earth.”
Beth Zotter

OK, so what are you going to do with it?

Zotter: We’re still evaluating what the best product might be, but our goal is impact and to scale as fast as possible. That’s why we’re working on offshore farming technology and we’re developing robots to do this work. The Department of Energy is funding us because it is interested in seaweed as a renewable fuel. But the same technology could allow seaweed to become the most sustainable, scalable source of protein on Earth. For that to happen, though, seaweed farming needs to modernize. Right now it’s basically done by individual fisherfolk with small boats and manual harvesting tools. We need to make seaweed farming mechanized, efficient, and offshore.

How does this help mitigate the climate crisis?

Zotter: You can’t make protein without nitrogen, and that’s why it’s the principal component of fertilizer. Most of the Earth’s reactive nitrogen is in the ocean. Seaweed is a photosynthetic powerhouse that can turn nitrogen into protein with no fresh water and no fertilizer.

When you make a seaweed farm in the ocean, you’re essentially building an underwater forest. There’s a lot of evidence to suggest you could farm seaweed at large scale, then essentially sink it in deep ocean trenches as an efficient way of permanently taking carbon out of the atmosphere. That’s not something we’re working on, but it’s certainly a really interesting idea, and one that can scale massively because the ocean covers 71 percent of the Earth’s surface.

Seaweed farming is becoming mainstream. It’s gotten the stamp of approval from pretty important organizations, like the Nature Conservancy. A big chunk of Jeff Bezos’ recent climate grants went to the World Wildlife Fund to develop new markets for seaweed and to expand seaweed farming. Our stretch goal for next year is to have Bezos eat tuna sashimi made from seaweed protein.