This post has been updated to reflect PUSH Buffalo’s work with NY Renews on the Climate and Community Investment Act.

Rahwa Ghirmatzion is used to being called radical. The activist and 2017 Grist 50 Fixer believes that everyone, regardless of income, should be provided with affordable, climate-friendly housing as well as good-paying green jobs. According to Ghirmatzion, the COVID-19 pandemic has triggered a dramatic shift in how like-minded people think about policy advocacy. “Everybody is pretty radical now,” she says.

Born in the East African country of Eritrea, Ghirmatzion moved to Buffalo, New York, with her family when she was 8 years old. Now, she leads the housing nonprofit PUSH Buffalo, which buys up old buildings and rehabs them into energy-efficient, affordable homes — while providing job training for local residents in the green-building industry. The org also works to advance climate- and housing-justice policies, particularly in the West Side neighborhood, which is home to thousands of immigrants and refugees.

With an oncoming eviction crisis coinciding with natural disasters fueled by climate change, it’s more urgent than ever to keep a solar-paneled roof over everyone’s head. But financing, designing, and building affordable zero-carbon housing that communities will embrace isn’t easy. Here, Ghirmatzion talks about finding the sweet spot between accessibility and sustainability, and shares her thoughts on how fellow green-housing advocates can maintain the momentum of the present moment.

Major polluters should be on the hook for financing green projects 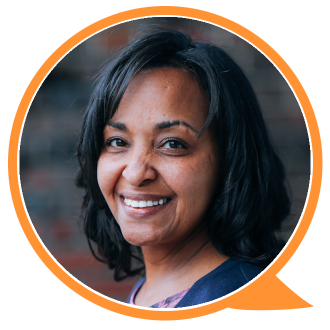 PUSH Buffalo is planning 53 units of affordable housing with support for people dealing with mental-health issues, addiction, and in some cases, homelessness. We’re building all these homes to pass net-zero standards: They’re going to have geothermal wells and heat-pump technology and rooftop solar. Obviously, it’s a little bit more expensive on the front end to do that, and financing is the part that has given us the biggest headache.

We’ll hopefully get funding from private banking partners, federal low-income housing tax credits, and state programs. But what we need is a dedicated revenue stream. That’s why, in August, the NY Renews coalition (of which PUSH Buffalo is a founding member) launched a campaign to help enact the Climate and Community Investment Act, which is currently sitting in committee in the state senate. The law would fine major polluters in the state and use that money to fund the provisions in the CLCPA.

Since the Industrial Revolution, fossil fuel companies have caused the climate crisis and the resulting ecological devastation. Through this bill, they would pay for the harm that they’ve caused and continue to cause, with the goal of getting those companies to transition to a more equitable, clean-energy economy.

We want the buildings we construct to fit into the fabric of the community, so we take a lot of time to design structures that look like that particular neighborhood. For example, we started planning the current 53-unit project two-and-a-half years ago by holding meetings with the community to get feedback on the plans. We asked the residents, “What will create a thriving community? What’s your vision for this community?”

This project has been challenging because we’ve expanded our development zone into a new neighborhood that’s quickly growing and changing. When we showed residents our final plans, we got a tremendous amount of pushback, because there’s already a lot of density around the site. The traffic is bad and parking is terrible. There are also a lot of young people in that area who want basketball courts, pocket parks, and other amenities. The residents were very vocal and the conversation was very intense. But we love that, because this is an organized community that knows what they want, so we are making design changes and reconsidering the location.

When you’re building new, green developments, neighboring property values can rise and people can be displaced. PUSH Buffalo tries to avoid gentrification in several ways. First, we create quality, sustainable housing that will be permanently affordable. We also rent out to commercial tenants that add value to the community — like our nonprofit partners Ujima Theater Company, Peace of the City, and the African Heritage Food Co-op. And we train folks for careers in renewable energy. We want to build wealth and facilitate community ownership of resources for people who have historically been left out of economic opportunities and development.

In the last seven or eight years, I’ve seen more and more activists come out of their silos and work across sectors, such as New York’s Housing Justice for All coalition, which PUSH Buffalo is a part of. In its first year, that coalition was able to win huge on tenant rights. Now, it is advocating for a Homes Guarantee, which would provide safe, affordable housing for every New Yorker.

The Climate Leadership and Community Protection Act is the most comprehensive, most equitable piece of climate legislation in the country — it commits New York State to net-zero emissions by 2050 and requires that disadvantaged communities receive 40 percent of benefits from spending on clean energy and energy-efficiency programs. Many folks had tried to introduce similar bills for a very long time using more traditional, less coalition-based approaches. It finally happened in New York because from very early on, the coalition behind the law, which includes PUSH Buffalo, said, “OK, we’re going to draw from the expertise of policymakers, faith-based groups, environmental groups, housing groups, labor groups — literally everybody under the sun.”

When there are hundreds and hundreds of people that look the way we look speaking with one voice around these issues for our community, it makes our elected officials listen and pay attention. You just cannot deny the power of an intergenerational, multiracial, multi-issue movement.

Too many Americans live in ‘sacrifice zones.’ Let’s fix that.