In the second season of Fix’s Temperature Check podcast, we asked climate and justice leaders to tell us about their mentors, supporters, and sources of inspiration and then brought them together in conversation. The results are intimate, insightful discussions about their work and their personal dynamics.

For some, it was their first time talking with their mentors about what their relationship has meant. For others, it was a deepening of the conversations they’ve already started — many over late-night drinks or stressed-out phone calls.

Behind those conversations were producer Audrey Ngo and associate producer Dominique French, working with production company Reasonable Volume, who helped create the safe space required to get people to open up to each other, and templates to guide the conversations beyond the superficial.

What they discovered, Ngo says, was that mentorship “comes in so many shapes and sizes, and doesn’t have to fit a certain mold or even a certain word.”

“This process has really made me so incredibly thankful for my mentors,” says French. “Listening to all these conversations has made me very contemplative about what mentorship means and how lucky I am to have found the sort of mentorship that I have now.”

Fix talked to Ngo and French about how they facilitated these conversations, what surprised them about where the discussions went, and how each of us can deepen relationships in our own lives. Their comments have been edited for length and clarity.

Q: What was the hope behind crafting these conversations? 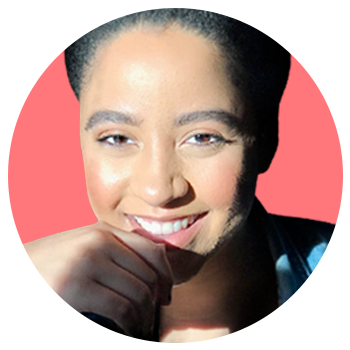 Dominique French: We wanted these questions to help people have the conversations that they maybe always wanted to have with their mentor, but that they had not felt like they’d had the time or the level of comfort for, and to make the space for that. 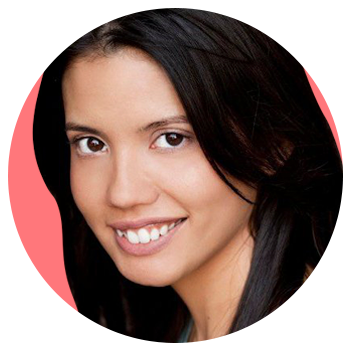 Audrey Ngo: I think it was a space for people to chat with each other in a way that they didn’t necessarily have time for in their busy schedules and their busy lives. And also just to celebrate their relationships with each other.

Q: What were your expectations going into this of how these conversations would go?

French: I thought people would be more hesitant and less forthcoming with each other, and that it would take a lot of stoking to get that flame started to produce the conversations we wanted. And that was not the case. These people were so comfortable with one another. A lot of the time it was like this was their weekly talk on the phone, and we had just tapped the line. People were just so ready to share with each other and ask each other questions.

Ngo: It just felt like a bunch of friends talking. There were a lot of inside jokes going on. We had to ask them, “What does that mean?” They were super-ready to get right into it, which was very nice.

Q: How did you facilitate a safe and comfortable space for these conversations?

French: I think in a lot of ways we were stepping into an already-created safe space between two people who really trust each other. If anything, it was like trying not to disturb a safe space that was already in existence.

I would say that you get out of things what you put into them. If you bring an earnestness and a vulnerability to the conversation, one of two things will happen. You’ll either get that in return and reach a new level of that relationship, or you will find out that that relationship has limits, which is also a really good thing to know. I think that was one of the really cool things about listening to these conversations — it’s like seeing how bountiful these relationships are and the breadth and scope that they span.

Ngo: It was like we were flies on the wall in their conversation and their relationship.

Q: What moments really stood out to you?

Ngo: The interview that sticks out most to me is Jade Begay and Eriel Tchekwie Deranger, because it was the first one that we taped. Prior to that, I didn’t really think about mentorship too much. The way that they spoke with each other was so sincere. It was so caring and compassionate, but also they had so much fun with each other. A huge part of their relationship is having fun with each other.

I think it was Eriel who said, “Sometimes at the end of the day, you just go, ‘Let’s just get a drink. Let’s just talk about the day and vent to each other and chill.’” That’s a big part of mentorship, too, that I think has been a throughline throughout all the conversations. It’s not just about asking for career stuff. It’s about the conversations that are had at the end of a really long day together. It’s good to know that it doesn’t all have to be very formal.

Q: Were there questions you found most effective in generating fruitful discussions?

French: I think that’s one of the questions that really hits at something that they maybe have never said out loud to each other before — something that’s very present in their relationship, but they’ve never just put words to it and said it straight to the other person’s face. And it just produced the most sincere and candid and touching responses. It was so heartwarming to watch these people who clearly mean so much to each other make the space and the time to really understand what they mean to each other. I think it breaks down that barrier of traditional, clerical mentorship and gets at something so much more meaningful.

Q: Did listening to these conversations change the way you think about mentorship?

Ngo: There are people who don’t fit that mold of [traditional] mentorship, and actually don’t subscribe to even the word “mentor.” It just comes in so many shapes and sizes.

French: One of the things that really stuck with me was this idea of how intimate a friendship can be within something resembling a mentorship, and how much care you can find within something that may start out as a relationship to further a career — how much closeness and support can be provided through that. It’s the idea that you can step into this really beautiful friendship and support system, and break down the barriers that are set in place when it comes to mentor and mentee. You can really create something quite beautiful and passionate.

[Listen to Season 2 of Temperature Check — On mentorship: Climate leaders in conversation]

Q: What else did you learn from this project?

French: How much it can mean to someone if you just invest in what it is they would like to do. I feel like everyone said, in a lot of different ways, that mentorship is almost easy: I’m just saying things that someone really smart said to me. One time that really worked for me, and I’m just repeating it to a person who happens to have not yet heard it (hopefully earlier in life than I actually heard it!).

It’s been so meaningful listening to these conversations and paying attention to the ways that friendship is used as a base, and the way that eldership is really valued as a means of passing on information.

Ngo: I just finished editing the Tien Nguyen and Earyn McGee episode, and I think they actually said almost those exact words — that [Tien] had really great mentors and that she was just repeating what she already knew. The knowledge was already there, she just had to pass it on to someone else. And that it’s so much more fulfilling to mentor someone else, and to be happy for someone else, because she can always criticize her own work, but she can just sort of bask in the joy of her mentee’s success.

Want to facilitate a conversation like this with your own mentor, or anyone important in your life? Here are some of the questions French and Ngo used for the Temperature Check conversations: