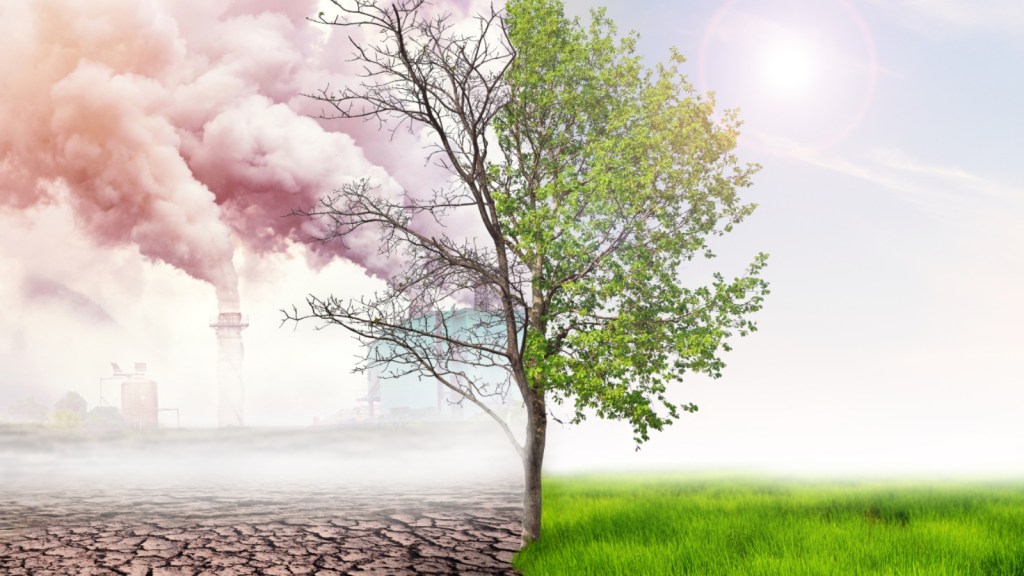 Eve Driver is a writer based in Brooklyn. She recently graduated from Harvard University, where she studied the politics of climate and campaigned for fossil fuel divestment.

Last week, President-elect Joe Biden announced he was looking at Brian Deese, global head of sustainable investing at investment firm BlackRock, to lead the National Economic Council. Despite the sound of his current title, Deese’s track record of supporting the expansion of fossil fuel extraction when he worked in the Obama administration did not make climate activists particularly optimistic, and the New York chapter of the Sunrise Movement staged a protest against his appointment.

Others protested the protest. Former Vox journalist Matthew Yglesias accused the Sunrise movement of “doing enormous damage to the cause of reducing greenhouse gas emissions,” criticizing it for wasting time sparking “intra-party fights,” and for being “simultaneously detached from actual policy analysis AND political reality.” Among the many people Yglesias pissed off with these remarks was MSNBC climate columnist Emily Atkin, who responded in her newsletter Heated, “Yglesias appears to have forgotten about scientific reality.”

It was only a matter of time before Biden’s first moves as President-elect would spark clashes along familiar fault lines and between those with competing visions for an energy transition: one side accused of being too idealistic, removed from the political reality Biden faces; the other too complacent, removed from the reality of the planet’s cataclysmic warming.

But before we get too disheartened, let’s first take a moment to register this as progress: We are finally seeing real and meaningful debate on the federal level about what climate leadership should look like, rather than bickering over the basic notion that we need it. Gone, hopefully forever, are the days when the contours of the discussion were outlined primarily by the questions: “Is the climate changing?” “Are humans causing it?” and more recently, “Should we be alarmed about it?”

Now we are in a new kind of conversation, in which our incoming administration (and increasingly, young Republicans) openly recognize that the answers are “yes,” “yes,” and “yes.” Now, at last, we can focus on the more constructive question: What should our government do about it?

This can’t be answered by graphing the data on rising temperatures, modeling the greenhouse effect, or analyzing how rising seas and sweeping fires are linked to it. Ultimately, it is not a question of atmospheric physics or ecology. It is a question of governance. And so the same scientists who tell us we must act quickly cannot also tell us how to act quickly, who best to turn to, or which combination of public policy and private initiative will help us pull off this radical pivot.

Instead, we turn to a new set of experts: the impassioned economists, policy wonks, financiers, entrepreneurs, activists, sustainability consultants, and technologists who are offering evidence-backed ideas about what an alternative energy economy might look like and what the state can do to help us get there. These ideas are what we need to debate. These ideas are what will or will not save us.

Unlike in climate science, there is no process of peer review that can tell us which policy or Cabinet pick will be most effective.

The hard part is that these experts are far from consensus. Unlike in climate science, there is no process of peer review that can tell us which policy or Cabinet pick will be most effective.

On the one hand, energy economists like Deese are savvy and familiar with the financial levers of the energy system, even if complicit in the way it currently operates. We might speculate that such candidates are best equipped to steer this transition, particularly given the Senate’s resistance (even with possible Democratic wins in Georgia) to more progressive approaches. On the other hand, those with more sensitivity to what’s at stake — namely, frontline communities and those without the means to adapt to or evade the changing climate’s effects — might be the more committed and trustworthy champions.

But these are differences in opinion; neither is rooted in a complete denial of facts the way one side of the climate “debate” used to be. In the recent clash, it was almost as if climate Twitter were stuck in that old, bitter script. For years, that script was essential, as the media legitimized science deniers and created the false impression that the facts of climate science were somehow subjective or partisan. At this point, however, the driving questions are subjective and partisan — and we’ll cede the power and potential of this moment if thought leaders don’t adjust their language and modes of critique to keep up.

It won’t be easy. In a world where the meaning of words like “clean,” “green,” and “sustainable” have been diluted by marketers, we know that not everyone who says they’re addressing climate change actually is, and so the task of parsing genuine progress from hollow commitments will not necessarily get easier just because the new White House accepts the scientific consensus. If we can learn anything from the debate about Deese, it’s that for the next four years, the climate conversation will not be as simple as fact versus fiction, planet versus profit; it will require the weighing of factors and the splitting of hairs.

The day after the protest against Deese, veteran climate activist Bill McKibben shared on Twitter the bizarre coincidence that he officiated Deese’s wedding and knows the guy well enough to attest that he cares about the climate and will “work steadfastly and competently and honorably, to the betterment of the world, and that he’ll get a lot done.” His testimonial seemed to soften some of Deese’s harshest critics.

This was a fluke: Typically, the work of vetting good-faith climate leadership will not be able to draw upon character testimony from such a trustworthy voice. More often, that work will be fuzzy and prolonged: an evaluation of both dedication and skillset, prudence and urgency, with ample room for people with the same goals to come out on different sides.

We caught a glimpse of that work being done in the conversation about Deese, even as we saw old patterns playing out. It was exciting. Because as Biden works to maintain the fragile coalition between the moderate and progressive wings of his party while also taking on the climate issue, there is the potential for these clashes to yield a formidable union of pragmatism and urgency — so long as we accept that we’re finally debating theories of change, not the fact that we need one.