If you’ve noticed more people rooting around their yards for dandelion greens or picking fruit in the local park, there’s a good chance it’s because of Alexis Nikole Nelson.

On TikTok, Nelson charms her 600,000-odd followers with raps about ethically foraging for ramps (or finding a substitute because, you know, they’re at risk of becoming endangered); tips for telling the difference between Queen Anne’s lace and its evil twin, hemlock; and culinary delights like seaweed panna cotta. It’s enough to make you want to look around your own yard for field onions and hairy bittercress so you can whip up scallion pancakes. Nelson does this all with sustainability in mind, encouraging her followers to eat invasive and pervasive plants.

For the uninitiated, foraging simply means identifying and gathering mushrooms, herbs, nuts, fruits and other food. Sure, you could go to your local grocery store, but foraging offers several advantages beyond being a great social-distancing activity. It means eating with the seasons, adding variety to your diet, and becoming less reliant on the agricultural industrial complex and monocropping that’s led to environmental disasters like the dust bowl.

Nelson’s interest in foraging sprouted during a childhood spent in the family garden. Her mother would often quiz her on plants while Nelson ran around with a toy trowel, digging holes for bulbs. Nelson soon found herself fascinated by the weeds. “The things I was most interested in were the useful plants that were not there on purpose,” she says. “I didn’t completely understand why they weren’t ‘on purpose’ despite being useful.”

[Subscribe to Fix’s Looking Forward newsletter: Visions of a clean, green, just future — and ideas for getting there]

After graduating from Ohio State University, Nelson’s hobby approached obsession when she found herself broke while between jobs. Instead of spending six bucks(!) on supermarket greens, she harvested curly dock and wood sorrel to make delicious (and free!) salads. Nelson grew more culinarily adventurous, started composting, and gave more thought to sustainability in the kitchen. She forages for about 10 percent of her food through the winter. Come summer, she’ll go days eating only what she’s found, with the exception of olive oil because, she says, making it herself is a real time-suck.

These days, Nelson calls herself @BlackForager on Instagram and Facebook, because she didn’t see faces that looked like hers. “Because of my reach, I have started finding people who look like me in this space, and that’s been beautiful,” she says. TikTok recently took note, naming her one of its inaugural Black TikTok Trailblazers in February. In the coming year, she’d like to put out longer content on her YouTube channel.

Fix chatted with Nelson about drawing foraging inspiration from the past, dispelling some common misconceptions, and how gathering your own food is a revolutionary act. Her comments have been edited for length and clarity.

Q: How is foraging and cooking with what you’ve harvested a historical practice?

A: I love diving into old cookbooks, especially those out of the Appalachian region, because they often focus a lot on making do with what was around. One example that I like to talk about is pokeweed — a plant that is pretty much universally considered a weed, and a noxious one at that.

On the other hand, you have folks like my dad’s side of the family saying, “Excuse me, poke salad is a very popular springtime dish made with pokeweed shoots.” It was just a matter of knowing the process of blanching them to make sure that they are rendered completely safe. Poke salad is a dish that could very easily fall out of the national consciousness if folks who know about it don’t teach their kids about it or commit it to a space where it can stay forever.

I think a lot of us have stories about a grandparent or a parent sharing what is, honestly, ancient knowledge but it isn’t necessarily making the jump from generation to generation. We risk losing a lot of food knowledge, especially food knowledge held by the Indigenous and Black communities. 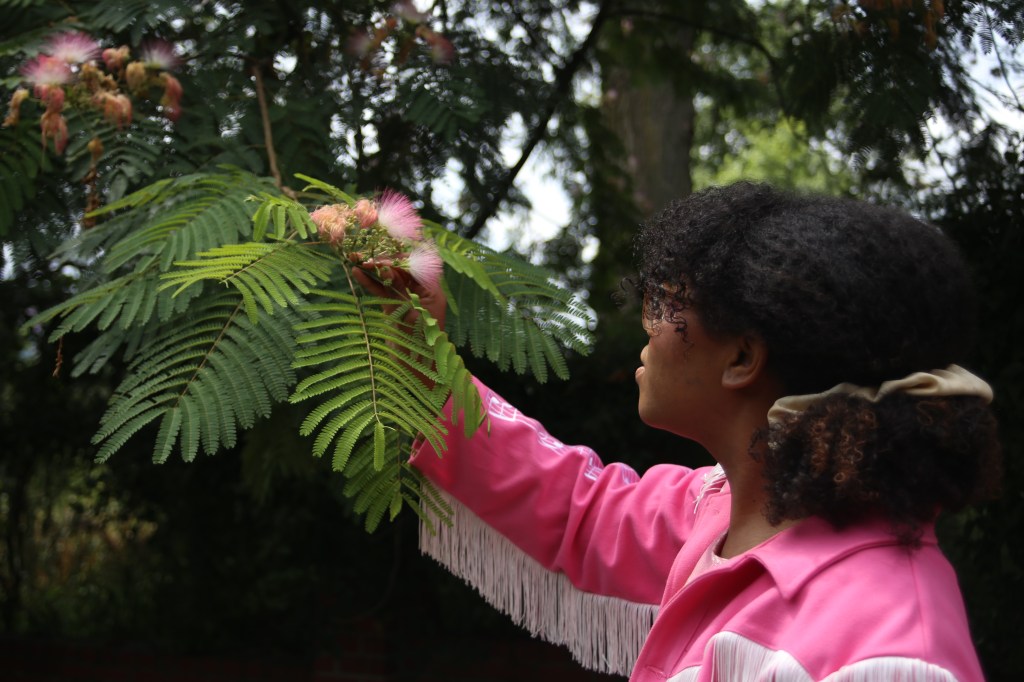 Q: What are some common misconceptions about foraging?

A: The biggest hurdle for a lot of folks is the idea that foraging can happen in city spaces. You just have to make informed decisions. A lot of folks think that I live in the middle of the woods. I don’t. I live on the outskirts of Columbus, Ohio.

The next thing a lot of folks have apprehension about is where it is safe to forage. I can’t give everyone an exact answer unless they also happen to live in Columbus. No one wants to do homework and I get it, but I’d also rather be safe than sorry.

A lot of people say, “I’m never going to get to a point where I know as many plants as you, so there’s no point in me starting now,” which is so not true. I think people believe I woke up one day with all of this knowledge. I’m still learning every single day, and I have been doing this for almost two-and-a-half decades.

Q: How do you see foraging as a revolutionary act?

A: Foraging has been a part of Indigenous food ways and the food ways of pretty much every underserved community, whether those people were enslaved or just not very high on the socioeconomic scale.

After the Civil War, it became apparent that it would become harder to keep Black people on plantations as cheap labor. Folks realized that one way of denying Black people other options was to deny them the food ways they could use not only to sustain themselves but to prepare and sell food to others as a way of building wealth — not just surviving, but thriving. That’s when we saw the nation’s first round of laws barring foraging in public spaces. Doing so was a civil offense everywhere in the South until after the Civil War, when it became a criminal offense. That affected Indigenous people, who suddenly had their access to food ways taken away. The law also impacted a lot of poor white people.

For me, being a person of color out in the world foraging is super revolutionary, because it was something that was very intentionally taken out of my ancestors’ hands. We still have a ton of laws discouraging people from foraging despite the fact that the handful of people doing it are not making horrible dents in these natural spaces.

Q: Have you seen more people reclaiming food sovereignty through foraging or gardening?

A: Within the Black community, I’ve seen a huge push for farming as a way of reclaiming food sovereignty. I’ve noticed folks, especially women, like @TheHillbillyAfrican on Instagram, buying swaths of land and taking complete control of their food ways. Teaching farms are showing the next generation of Black children what growing your own food is like, what a balanced diet looks like. They’re getting their hands in the dirt, so they foster a love of this early.

That’s been slowly creeping on the up and up for a really long time, but just in the last two years, I’ve really seen a boom of Black folks saying, “If we’re not going to get included in these conversations about food sovereignty within cities, we’re just going to take care of our own ourselves.”

I’m in a neighborhood that is historically Black. A community garden opened last year. Students from OSU come down and volunteer, but all of the kids from the neighborhood who participate are Black. I love that. Nothing makes me happier than walking down there and being around people who look like me and little kids who are excited to be here, digging in the dirt and learning more about where their food comes from. They’re laying strong foundations for themselves and future generations and they don’t even know it. They’re just having fun.

His vision for community buy-in on composting: Make it ‘cool’