The great outdoors isn’t always that “great” for people of color, whether that’s because of a lack of access, visibility, or acceptance. Many Black and brown outdoor enthusiasts report that their fellow hikers have reacted to their presence with incredulity and suspicion. Those interactions are fueled by stereotypes about who “belongs” in nature, drawing on other dangerous undercurrents of racial and environmental injustice.

Just a couple of weeks ago, for example, Black birdwatcher Christian Cooper was thrust into the national spotlight after a white woman he encountered in New York’s Central Park called the police after he asked that she leash her dog in accordance with park rules. (Dogs can disturb sensitive ecosystems and have contributed to the extinction of at least eight bird species.) “An African American man is threatening my life,” she can be heard saying to a 911 operator in a now-viral video.

The police did not arrest Cooper. Instead, his accuser ended up widely condemned on social media for her behavior. “She went racial,” Cooper said in a recent interview with the New York Times. “There are certain dark societal impulses that she, as a white woman facing in a conflict with a Black man … thought she could marshal to her advantage,” he said.

Cooper’s experience renewed calls by many nature-lovers of color for wider visibility. We caught up with experts Corina Newsome, Jose Gonzalez, and Jason Ward to ask: How can green spaces become more inclusive? What strategies and projects might make people of color more comfortable being outdoor explorers?

The following responses have been edited for clarity and length. 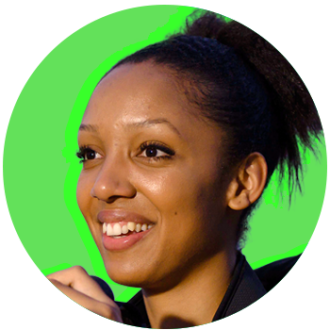 #BlackBirdersWeek is our big initiative to kind of shed light on the way white supremacy has manifested itself in the lives of Black people who are outside, whether they’re wildlife biologists, outdoor scientists, or just people who are enthusiastic about exploring the outdoors. The root of that feeling of not belonging is the same root that results in the terror Black people experience at the hands of police officers and any other number of ways that oppression has manifested itself.

Because so much attention was paid to what happened to Christian Cooper it was a perfect time to let the world know that that was not an isolated experience. Even though there are probably more than 30 birders in my Black AF in STEM group, I’m always the only person of color — and especially the only woman of color — when I’m out birding. A lot of what happens to Black women and Black men is very similar. But I think that Black women do bear the worst brunt of systemic racism and sexism at the same time. So intentionally seeking out diverse female voices in the STEM space is key. When white people see me out in nature, it’s like they see me as an outlier or a surprise instead of thinking I belong there just like them. So we want to provide visibility and representation to Black people to say, “You are not actually alone.”

One belief that needs to be uprooted is the culture and expectation of “neutrality” in outdoors organizations. There’s this idea that if you bring Blackness into a conversation, you’re being political and you can’t talk about that. But the thing that many organizations don’t realize is that race is something only privileged people can choose not to think about — race does not impact their ability to survive, it does not impact their ability to live in peace. Organizations need to realize that neutrality is a form of oppression; it is oppression of voice.

Visibility matters. Rejecting neutrality matters. I have already been so encouraged by the people I’ve seen online following #BlackInNature. It’s provided me so much peace. 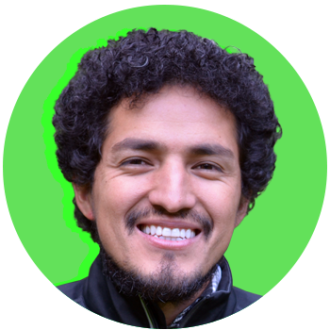 Being in allyship and even in accomplish-ship with the Black community means that Latinx communities also have to address their internalized anti-Blackness in the form of colorism and favoring the white aesthetic. Before making any statement in solidarity with Black Lives Matter, people have to recognize the differences that exist in our experiences in relation to nature and the outdoors. Enjoying these places means creating a welcoming and safe environment for everyone.

I used to frame outdoor experiences around four Ps: people, place, process, and policy. People-to-people interactions can lead to conversations that white people need to have with themselves; that Black, Indigenous, and people of color need to have with ourselves; and that we all need to have together. Those connections are key to defining who “belongs” outdoors.

For place, it’s recognizing that there is both the ecological and natural landscape beauty of a place but also the human systems that come with it — that is where denying communities of color access to the recreation and health benefits comes into play.

Process is acknowledging that enjoying the outdoors doesn’t have to look like the single white hiker with the granola bar and expensive backpack and hiking boots. I’m looking at the outdoors industry to see how they can step up to show that they value the Black experience for what it is, rather than what it needs to become in order for people to be considered outdoorsy. It’s something we have to pay attention to and celebrate, rather than think that the way to enjoy the outdoors is by fitting into the white norm of how we should engage and recreate with nature.

Policy changes are possible as a result of the kind of advocacy we are seeing ramp up at this moment. #BlackBirdersWeek is an example of Black leadership responding to the Cooper incident, along with the death of George Floyd. We have to be able to consider that joy even alongside the pain and while still centering the Black experience in all this. 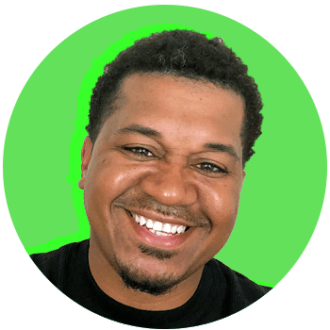 Like Christian Cooper, I’m also a Black birder. If this were a normal kind of year, I would be at the tail end of spring migration, ramping down from a month’s worth of intense traveling from one birding festival to another. It’s a time I usually love. But of course, with COVID, traveling is not possible. I have been one of the people who have turned to social media to keep the ball rolling on this issue.

Watching the Cooper video on social media, it shed light on the fact that no matter how strong and how confident you are, when you have certain interactions with certain people, it’s scary. Currently, white birders make up 80 percent of the birder population. And so there are birders who are prejudiced and racist and put political affiliations above just conservation. Black birders feel like we’re not a part of the community. So we wanted to change that scenario.

A few years ago I created the virtual group Black AF in STEM as a place for Black people involved in science and wildlife to come together, collaborate on projects, vent, and just be themselves. It’s where we came up with the idea to start #BlackBirdersWeek to call attention to how many of us are out here. It wasn’t hard to get the National Audubon Society on board — they came to us! The American Birding Association and National Wildlife Federation joined in because there is a hunger for our stories as Black birders.

I’m trying to not only change the narrative and get our voices and our opinions out there; I’m also trying to make the pathway a little easier for the next generation of birders who want to express their passion and love for the outdoors but may feel like it’s not a field that they can enter. We hear from a lot of local Audubon chapters across the country that say, “Our doors are always open — anyone who wants to come in can join us.” Well, that’s not enough. When it comes to diversity and inclusion, you have to be intentional — and consistent.

When I go into schools to talk with students about the outdoors, I take my spotting scope with me and set it up on a bluebird or a hawk at perch. Their faces just light up. And I’ve heard people say, “Well, I gotta have my mom buy me a pair of binoculars for Christmas!” And this is the impact that can be achieved when you hire people of color.

We just want to make it a little easier for the next generation to kind of take the reins and be the amazing rockstars that they’re intended to be.

*Note: Due to serious allegations and in accordance with Grist and Fix’s mission and values, we have ended our relationship with Ward and will no longer feature him in our content.

To feed my soul, I went back to my roots