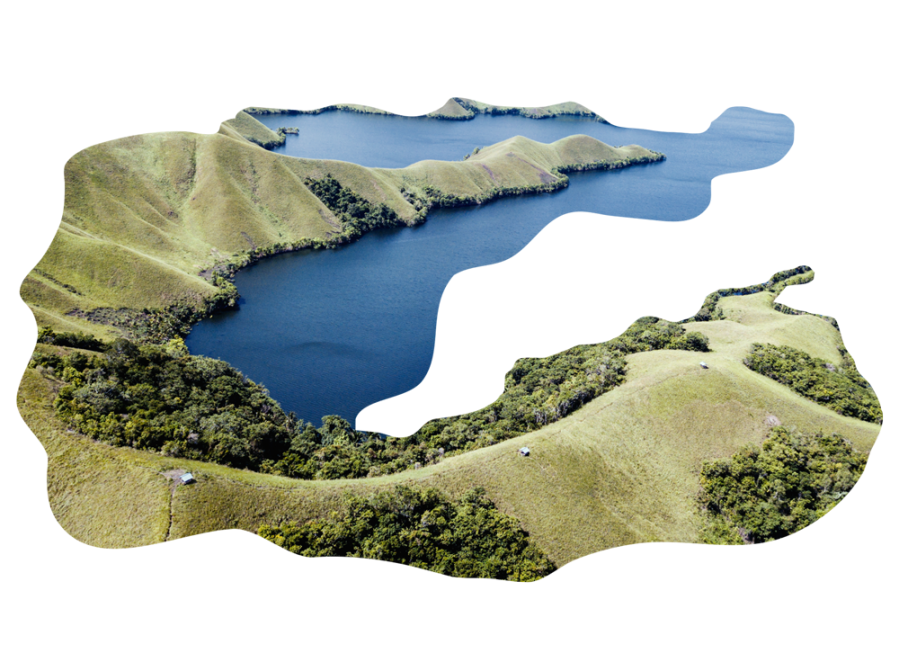 “The Marind people [of West Papua] have no word for ‘nature’ or ‘culture’ because they are not separate realms of life.”

— Sophie Chao, In the Shadow of the Palms

In the Pacific Islands, it’s easy to see both the causes and the impacts of the climate crisis — from colonialism and militarization to rising seas and storms. But, with their homes and their lifeways at stake, island communities are also driving their own climate solutions, which often take the shape of reclaiming culture and knowledge systems that are closely tied to the land.

This week, on the final day of AAPI Heritage Month, we’re turning the newsletter over to Kamea Chayne, a writer and podcaster from Taiwan who is currently based in Hawai‘i. She shares some examples of the unique climate concerns facing Pacific Islanders, and how Indigenous communities throughout the region are adapting, innovating, and leading cultural shifts in defiance of both colonial influences and climate impacts.

And thank you to everyone who shared their thoughts on what’s giving you hope right now, and what questions you want us to tackle in future newsletters. Down in the see for yourself section, we share some of your inspiration and ideas, and a fun project we hope to collaborate with you on. So keep reading!

In my work covering socio-ecological issues and community-led action from all over the world, I’ve come to see that climate change is not itself the sickness we’re trying to cure, but rather a life-threatening symptom of the forcible breakdown and homogenization of earth’s diverse, place-based cultures. This perspective illuminates the limitations of reducing the climate crisis to a simple accounting of carbon. These three stories from the Pacific Islands emphasize our need to listen to those peoples whose cultures, lifeways, and knowledge systems are most deeply rooted in place — and to recognize biocultural preservation and revitalization as an act of personal and planetary healing.

The living maps of the Marind people 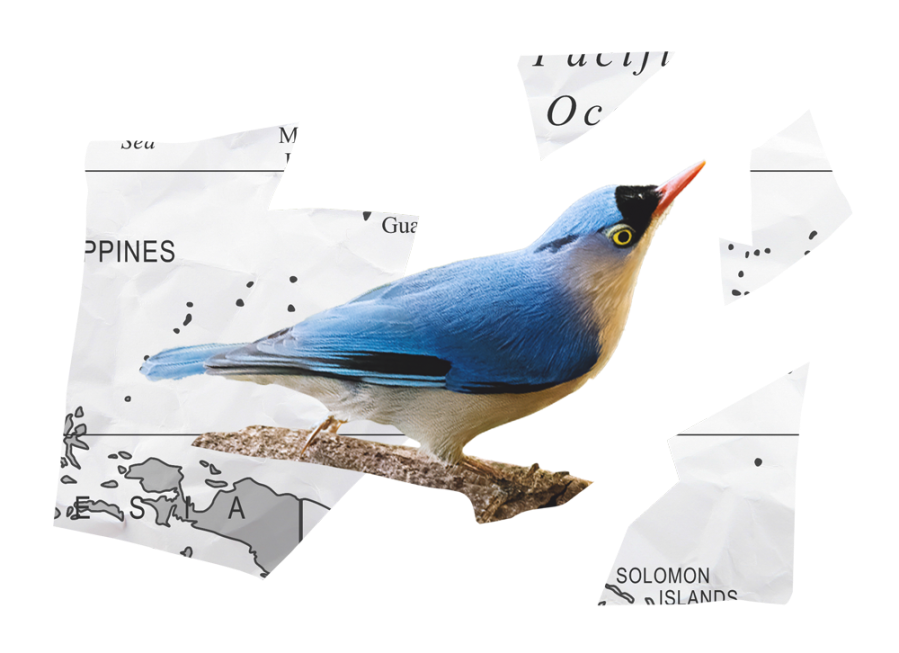 I recently interviewed Sophie Chao, author of In the Shadow of the Palms, for an upcoming episode of my podcast. Her book tells the stories of the Indigenous Marind people of West Papua’s Merauke region as they have been facing the expansion of palm oil plantations into their lands — a move she describes as pushed by corporate interests and the Indonesian government in the name of national security, economic growth, and “civilizing” the Marind community. This has been devastating to the subsistence lifestyle the Marind practiced for generations, which is based on interdependence with the forest.

One way the Marind have been resisting land dispossession and cultural erosion is through publicly critiquing state and company maps — and making their own instead. In their view, the static, straight lines and aerial perspective of typical two-dimensional maps deaden landscapes and enforce worldviews of top-down human control. By contrast, as Chao notes, the Marind “have never had to draw maps because they know the landscape through their oral stories and skin.”

But as a way of trying to protect the forest that remains, the Marind people have begun engaging in participatory mapping. “Marind community members produce living maps that are shaped by the sounds and movements of forest organisms and their emplaced relationship to humans past and present,” Chao writes. During a three-week mapmaking expedition led by Marind clan elders, Chao was instructed to mark and follow the song and flight of a bird, while community members recalled stories tied to the soundscape.

While time-pressed corporate representatives and politicians have used the Marind’s insistence on enlivening maps — with visuals, stories, and audio clips — as a justification that the community is not ready to make serious decisions about the territory, Chao explains that the Marind continue to see this as a way of pushing back against forces trying to take away the rich meaning of place and their invaluable kinship with the forest. 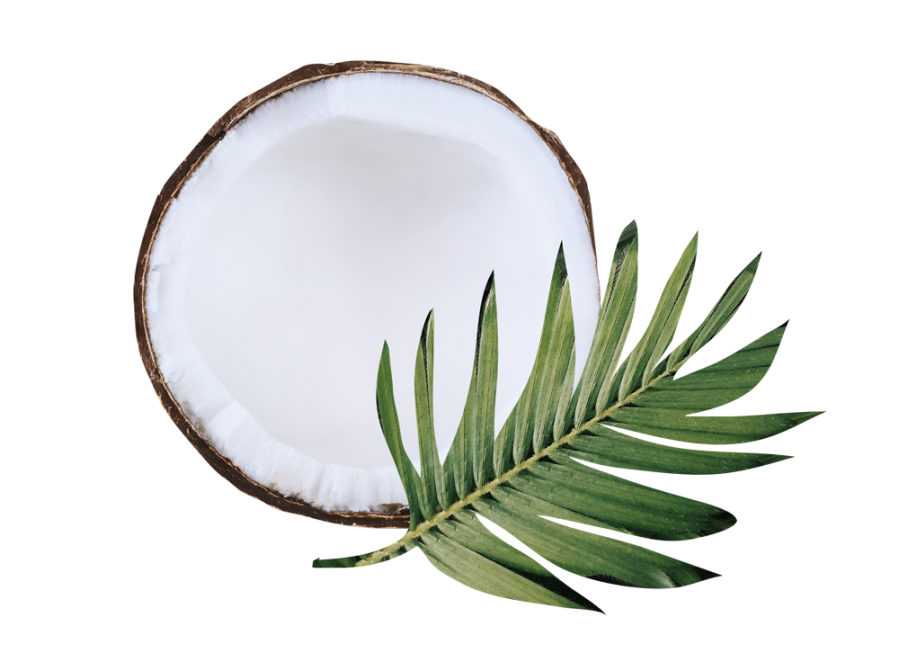 Thousands of miles east across the Pacific Ocean, the people of the far-flung island nation of Kiribati have had to adapt to some of the most palpable impacts of sea-level rise — which have made the traditional, subsistence lifestyles of Indigenous Kiribatians more difficult to maintain. Thirty-three islands make up the nation, spanning about 2,400 miles east to west across the Pacific. But with higher tides washing away homes and arable land, many people have been forced to relocate to the more populated, cash-based villages of South Tarawa, on the capital atoll of Tarawa, in order to earn a living to purchase food and other necessities. 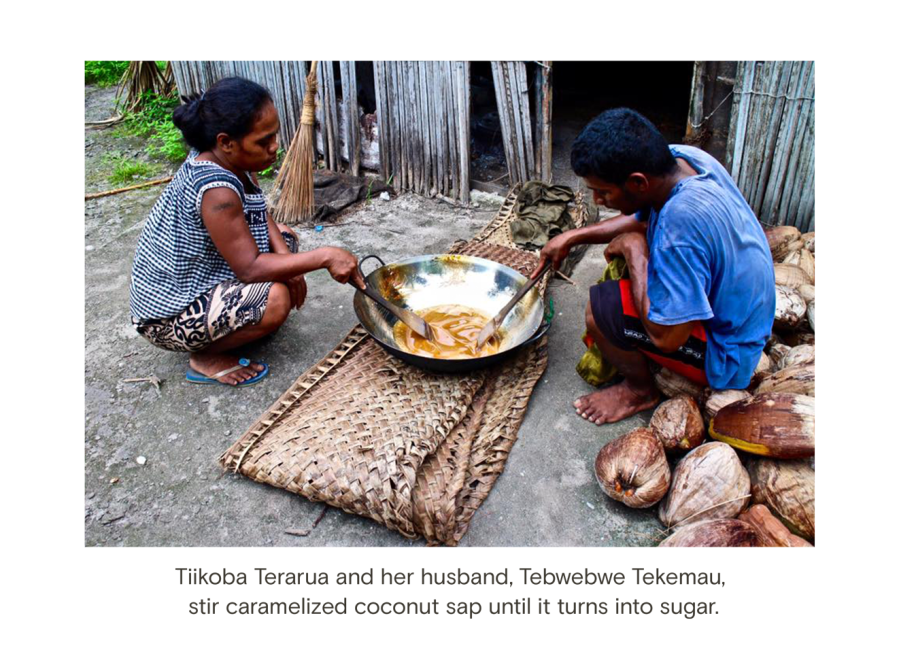 Janice Cantieri, a journalist who spent a year reporting across the archipelago with a local translator, shared with me the story of one woman based in the outer islands — Ahling Onorio — who has found a way to adapt, preserving her island’s ancestral skills while generating income. Onorio founded a small business called Kiribati Organic Producers. The social enterprise includes five couples who share the work of producing coconut sugar to sell on Tarawa and on their own island of Abaiang, earning between $30 and $60 a month. This business has not only revived their cultural traditions of communal work and co-harvesting coconut sugar, but it has also given them a path to resilience in the face of food insecurity and arable land loss.

“I really want to take from the old and merge it with the new,” Onorio told Cantieri in her reporting for National Geographic. “And that is what [these projects] are doing — adding value to our traditional skills and empowering our young people.” 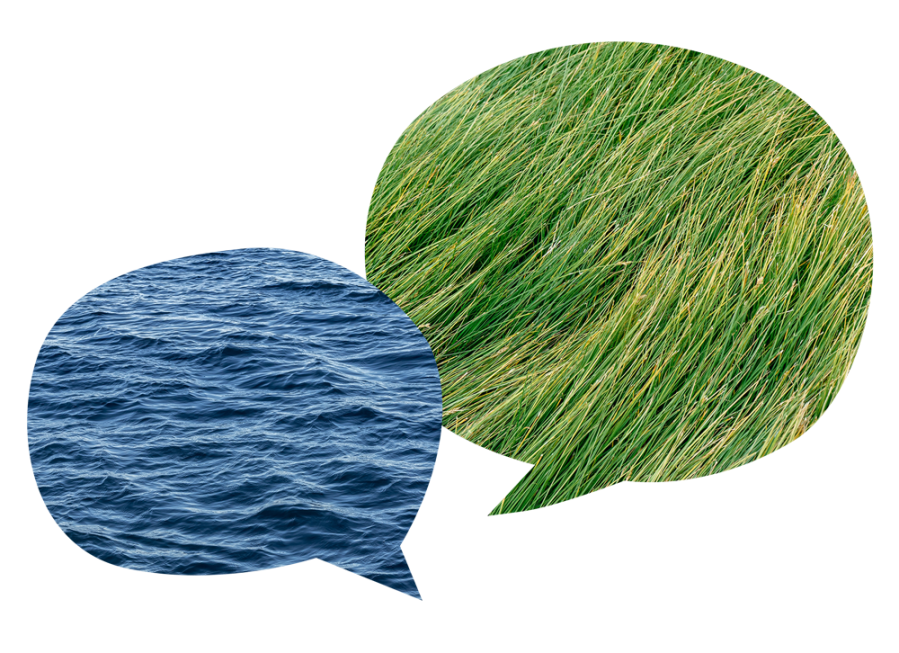 “He aliʻi ka ʻāina, he kauwā wale ke kanaka.” — a Hawaiian proverb, shared with me by Sam ‘Ohu Gon III, which translates to “The land is the chief, the people mere servants.”

Soon after the Kingdom of Hawaiʻi was illegally overthrown in 1893, the Hawaiian language was banned as a medium of instruction. The U.S. government did not lift this prohibition until almost a century later, in which time the language had been nearly eradicated. But thanks to a Hawaiian cultural renaissance that began in the 1970s, there are now over 20 Hawaiian language-immersion schools across the islands. Today, over 18,000 residents report speaking Hawaiian at home — which has implications not only for cultural identity, but for reviving land stewardship practices and ways of relating to the land that are embedded in language.

Sam ʻOhu Gon III, the senior scientist and cultural advisor for the Hawaiʻi and Palmyra office of the Nature Conservancy, explained to me in a recent interview that he had begun to see this connection when he asked for his Hawaiian language courses to count toward his zoology undergraduate degree at the University of Hawaiʻi, in the late ’70s. He knew that learning his Native language would one day support his conservation work for the islands.

And he was right. Knowledge of the language has allowed Gon and his colleagues at the Biocultural Initiative of the Pacific to learn from their Hawaiian historical archives. As Gon writes in a piece for American Scientist, co-authored with researcher Kāwika B. Winter, “These archives … the largest single Indigenous-language written archive in the world, became essential to our exploration of the history of landscape change in Hawai‘i.” With information dating back a thousand years, the archive has helped to corroborate their research on Hawaiian traditional ecological knowledge, revealing how their ancestors were able to thrive as part of the island ecosystems prior to western contact — even with a population of close to a million people.

For Gon, this underscores the importance of understanding how Hawaiian worldviews and cultural practices supported the islands’ sustainability. As he told me, “All aspects of place, in particular the living aspects, are the foundation of culture — material, intellectual, and spiritual. How can they possibly be extricated then?”

Hi! It’s Claire again. Thanks to everyone who responded to our prompt about what’s bringing you hope these days and what climate questions you’d like answered in future editions of this newsletter. We heard some really thought-provoking questions — about the urgency of taking action, the future of our diets, and the cost of solar, to name just a few. Please keep sending in questions that you’d like us to look into. We’ll start tackling them in upcoming newsletters, so stay tuned! (Fix will also be exploring some of these topics in our upcoming digital magazine issues. Sneak peek: Our next two big themes will be Joy and Food.)

We also loved hearing about what helps you hold onto hope: your garden. Your grandkids. Stopping to feel gratitude for nature. Seeing local officials running on environmental justice platforms.

We were surprised, and excited, to see that many of your responses were book titles — especially climate-fiction stories that have helped you process or stay encouraged about our future. We at Fix are pretty big climate-fiction fans ourselves. And as it’s getting to be summertime, we thought it would be fun to put together a Looking Forward reading list.

So here is your prompt for this week: What hopeful climate book would you recommend to your fellow Looking Forward readers? It doesn’t have to be fiction. Hit us with anything you’ve read that sparked your imagination, broadened your horizons, or renewed your hope about climate and social justice. We’ll share the list in an upcoming newsletter!

In partnership with local radio station WBUR, we’re hosting a live (live) event on June 8, at CitySpace in Boston. Join us for a conversation on local food, resilience, and access. The event will include a gardening demonstration and a specially curated farmers market in the lobby — so you can take home knowledge, practical skills, and goodies. If you can’t make it in person, there will also be a livestream available. Get your tickets here!

After nearly 14,000 gallons of fuel-laced water from the U.S. Navy’s Red Hill Bulk Fuel Storage Facility leaked into Honolulu’s groundwater aquifer, activists in Hawai’i came together through community organizing and a series of direct actions to demand that the military shut down the facility. And they were successful, leading the Department of Defense to announce in March that it will permanently close the WWII-era facility. However, community members remain skeptical, continuing to organize to ensure a timely and full follow-through and to seek resolutions for the worsening water contamination crisis.  — Kamea Chayne 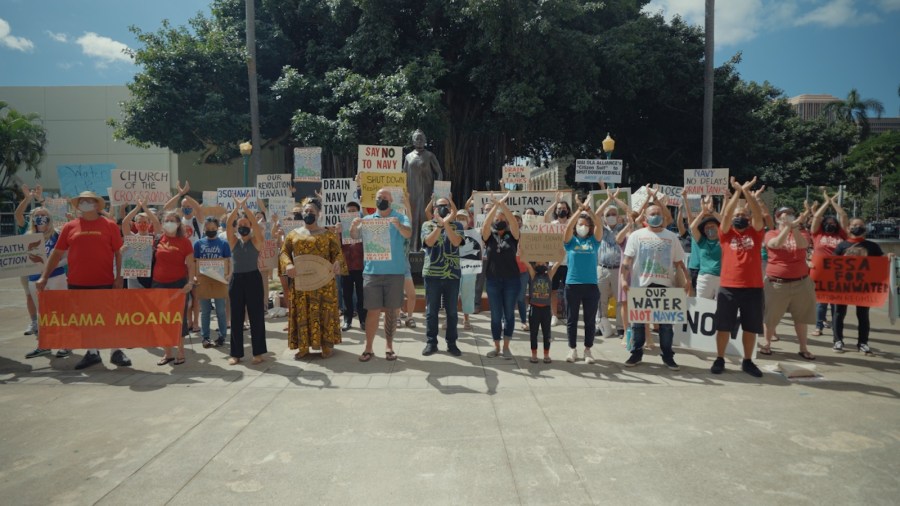 A re-introduction to Looking Forward