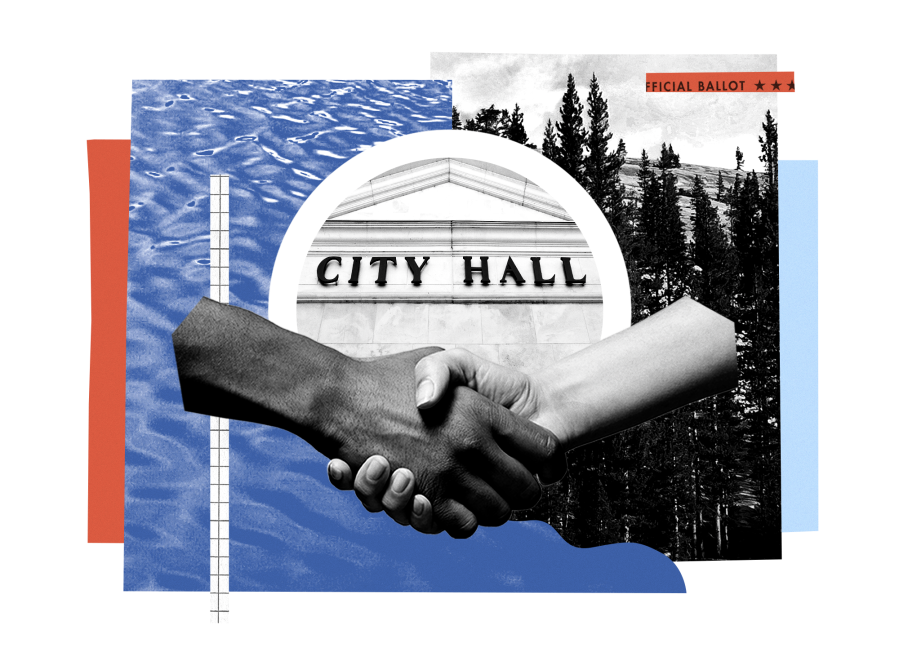 “In this election, millions of people cast their ballots for an America that is more fair, more just, more equal, and more free. We’re not there yet, but this keeps us moving forward. Our democracy is resilient as long as we stay engaged and active between elections.”

Another election is (almost) behind us, with some encouraging and some not-so-encouraging results. My home state of Maryland elected its first Black governor, Wes Moore, who campaigned heavily on climate and environmental justice — one of several races in which these appeared to be winning issues.

A number of key races remain undecided, and as of this writing, control of both the Senate and the House are yet to be determined. But while the focus tends to be on which party holds national power, when it comes to climate action, what’s happening at the state and local level matters just as much — maybe more. And casting a ballot isn’t your only opportunity to make your voice heard for the kind of change you want to see where you live.

In this newsletter, we’re highlighting two stories of community initiatives that show how local governments, nonprofits, and residents are coming together to address climate impacts. (It’s a topic we’ll continue to explore with a special seven-story series, which will kick off right here in Looking Forward in January. More soon!)

A collaboration along the Mystic River Watershed in Massachusetts

While resilience can look different from city to city, or even neighborhood to neighborhood, the impacts of climate change do not heed lines on a map. That’s why, in Massachusetts, a group of cities and towns that share the Mystic River watershed came together with the common goal of studying and addressing climate impacts on a regional level.

The Bay State abolished most of its county governments in the 1990s, eliminating some of the regional government structure that most other states have. Seeing the lack of a coordinated effort to address climate at the regional level, in early 2018, the nonprofit Mystic River Watershed Association approached municipal leaders. “We asked basically two things,” says Julie Wormser, a senior policy advisor at the nonprofit. “What are your climate challenges that you can’t deal with within your tiny municipal boundary? And how can a collaborative watershed association help?”

Later that year, Wormser cofounded the Resilient Mystic Collaborative to create a platform for sharing knowledge, resources, and strategies among the communities within the watershed. Nonprofit partners like Wormser offer support on things like grant writing and project management, but the work is led by municipal employees from the 20 participating towns.

“Their job description doesn’t involve other communities,” Wormer says. “So this is an opportunity to work together to gain trust.” For instance, towns take turns managing things like regional grants (which Wormser describes as “a bear”) for the benefit of the whole watershed. One of the collaborative’s priorities is coastal and inland flood resilience, which it’s addressing through wetland restoration and critical infrastructure improvements informed by data-driven models that show which communities are most vulnerable to damage.

“The Mystic River Watershed spans counties. So even if we had a robust county structure, the collaborative would still have an important place,” says Shannon Ames, former board president of the Mystic River Watershed Association. She believes the Resilient Mystic model could be an inspiration for intercity or even interstate collaborations elsewhere.

In Wormser’s perfect world, this work wouldn’t center around a voluntary partnership facilitated by a nonprofit. “Imagine if speed limits were 100-percent volunteer, or public education was 100-percent volunteer,” she says. She views the collaborative as a sort of “ad hoc glue” that may ultimately be replaced by a state-led climate resiliency agency.

But until then, that ad-hoc solution has enabled city leaders to work beyond their silos and make regional climate preparations a priority. “​​I think the key thing is that we are at a table with senior municipal staff. Not the mayors and the town and city managers — it’s the heads of agencies and their senior staff who actually do stuff,” Wormser says. “​​These are true public servants.”

A holistic approach to wildfire resilience in Tuolumne County, California

Conversations about climate can be contentious in Tuolumne County, California, a forested community that flanks the Sierra Nevada and encompasses northern parts of Yosemite National Park.

At a contentious meeting in September, the county board of supervisors delayed a vote on a climate action plan, which was supposed to be completed two years ago. (At the meeting, a member of the public called the plan part of a “global agenda” and complained that reducing cattle emissions was “stupid” because “people fart.”)

But after the 2013 Rim Fire burned more than 250,000 acres in the area and destroyed 11 homes, the community could agree on something: It needed better resilience against wildfires.

“It’s nothing you want to go through,” says Maureen Frank, who evacuated her home with her dogs. She recalled how, for weeks, kids couldn’t play outside and businesses shuttered. “The smoke made it unlivable.”

Frank is Tuolumne County’s capital projects director. After the Rim Fire, she led an effort to apply for a $20 million federal grant to build two community resilience centers — places that could function as evacuation shelters in crises, while providing holistic services to the community every day.

This week, community members, local and state government officials, and representatives from the Tuolumne Band of Me-Wuk Indians came together for two ribbon cutting ceremonies to celebrate the openings of the Tuolumne and Groveland community resilience centers.

Each center is designed to withstand heavy smoke and fire conditions, and is equipped with a commercial kitchen, showers, and ample room for sleeping cots. Beyond fire season, the centers will provide health services, community college classes, and food distribution. They’ll also function as social spaces, with walking trails and amphitheaters, to combat the isolation many residents experience living in a remote, rural county.

Frank says listening to what the community wanted was essential to building something that could really help people. “Resilience is different in every community,” she says. “It’s not cookie-cutter.”

Tuolumne residents know another big fire is all but inevitable. When the Rim Fire hit, it was the third largest on record in California. Now, it doesn’t even rank in the top 10. But with this collaborative effort by residents and government, the community has two new spaces that can better equip them to withstand the next disaster.

“They’re places to grow and connect with one another,” says Frank. “Building resilience in non-emergency times will make your community stronger.”

Last chance to help us decide on the next book club book! We’re going for a fiction pick this time around and we’ll gather in January for the discussion.

Cast your vote here, if you haven’t already!

And thanks to all our book club enthusiasts who contributed ideas. We’ll announce the title in our next newsletter!

If you could use a grin, here are two excellent pups dressed as train conductors at a Halloween Dog Parade in New York City. Yay for public transportation! And cuteness. 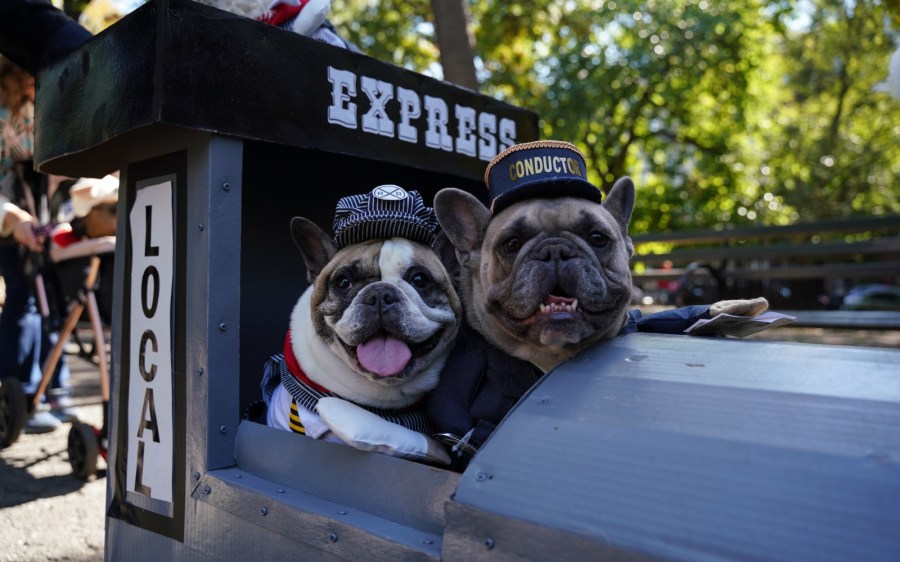