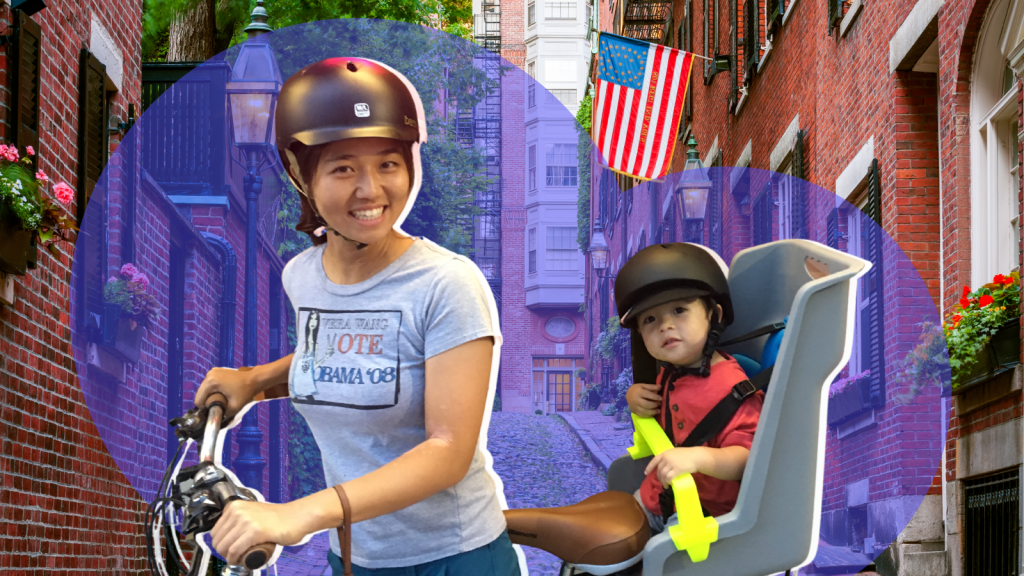 Boston is steeped in history — but mayoral candidate Michelle Wu is determined to propel it into the future. In 2016, Wu broke barriers as the first woman of color elected as City Council president. And in August, she made headlines again for introducing a Boston Green New Deal and Just Recovery proposal — the first to marry a city’s climate adaptation plans to its pandemic response.

As Wu begins her campaign for Boston’s first female mayor, she’s keeping climate justice at the core of her platform. Her food-justice agenda, for example, supports community gardening and local, regenerative agriculture as ways of cutting emissions while boosting food security in Boston’s underserved neighborhoods.

But Wu doesn’t just want to make Boston greener — she wants to change the way the city does politics. A self-described “activist leader,” Wu champions bottom-up lawmaking, drawing many of her plans from grassroots solutions already at work. “Boston can and should be a city for everyone, because we have the resources, the activism, and the ideas,” Wu says. “We just need bold, urgent leadership. And that leadership must come from the vision of community members.”

Fix talked to Wu about her historic run for office and why every city needs its own Green New Deal — one that tackles clean energy, housing justice, racial equity, and everything in between. Her remarks have been edited for length and clarity.

Q.You could potentially be the first woman of color to serve as Boston’s mayor. Why is that representative leadership crucial to Boston’s climate response?

A.Growing up, I never imagined that I could run for office because I didn’t see any politicians who looked like me. And as the daughter of immigrants, I was never in spaces with elected officials or decision-makers. It is because of my family’s lived experiences — particularly my mom’s struggles with mental illness and my having to raise my younger sisters as result — that I have seen just what it means when government doesn’t work, when the people who most need help can’t access services because of language barriers and so many other barriers in our systems that have been maintained for generations.

And so, particularly when it comes to the most urgent crises — our climate, our economy, the pandemic, our national reckoning on systemic racism — we can’t enact impactful policy unless those most impacted are leading the way. That’s why I always take the time to listen to and seek feedback from local leaders and activists when formulating my policies. Political and economic systems have systematically marginalized communities of color — that’s why we are facing these crises today.

Q.Why does Boston need a local Green New Deal — and why should more cities create their own?

A.When the federal Green New Deal policy proposal came out, I was over the moon. I introduced a resolution in the Boston City Council in support, which passed shortly after. In the months since then, my team has been thinking about ways that city governments like ours can use local powers to take action on climate justice. We are closer to the people we represent and can quickly and flexibly move forward on issues like procurement and city contracting, land use, regulating buildings and transportation, and on policies related to stormwater infrastructure.

City governments can cater plans to their communities’ unique strengths and opportunities. Boston’s Green New Deal, for example, includes a Blue New Deal: As a coastal city, we can reduce emissions through regenerative ocean farming and boost renewable energy through offshore wind.

Q.You released Boston’s Green New Deal in the middle of the pandemic. Why does COVID-19 make your plan more urgent?

A.Much of the research and organizing around Boston’s Green New Deal happened prior to the pandemic. COVID added a whole new lens to what it meant to be planning for a “just recovery.” The crises that our communities had already been facing, from housing instability to climate vulnerability and the growing racial wealth gap, have been crises for a long time, and they’re all interconnected. COVID just deepened and exacerbated those inequities.

So our Green New Deal plan focuses on housing justice and an equitable recovery for small businesses. Most of all, the plan is an effort to mobilize a wide coalition toward climate justice, to democratize decision-making. The best possible future isn’t just about how we avoid climate harms and recover from the pandemic. It’s about the many opportunities we’re missing out on under our current economy and politics.

Q.You also just came out with a policy agenda on food justice. What does food justice for Boston look like, and how does it relate to climate justice?

A.People in government often say that a budget is a statement of values. So is a menu. When the City Council is making decisions about how to spend taxpayer dollars, whether it’s on food for our students through the public school system or food offered at agencies’ public events, it’s important to have standards for nutrition and local production, sustainability, fair labor standards, humane animal welfare treatment, and equitable access for minority- and women-run businesses. Instead of buying food from multinational corporations, for example, we can purchase from regional farmers that implement climate-friendly practices, or even from community-run urban farms in Boston.

The agenda also recommends fair wages for food-service workers and support for Black-owned stores and restaurants. Hopefully, it acts as a template for other cities across the country. We can connect food justice to closing the racial wealth gap, to climate justice, to jobs, and to our personal and public health.