Is the tide turning in favor of a Blue New Deal? 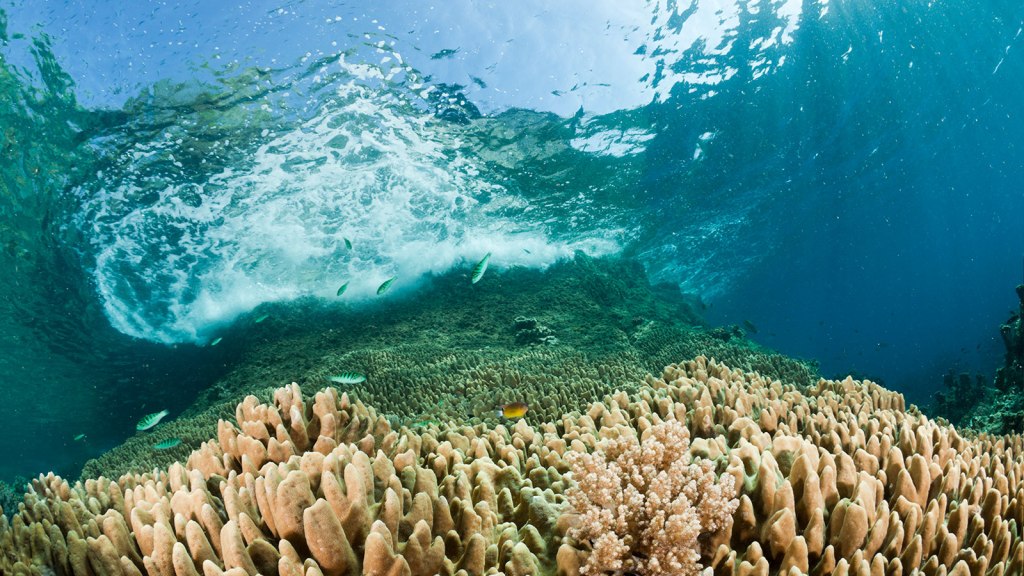 Is the tide turning in favor of a Blue New Deal?

Oceans are having a moment in climate science.

On Saturday, the International Union for Conservation of Nature presented the largest peer-reviewed study ever conducted of ocean deoxygenation at the U.N.’s Climate Change Conference in Madrid. Oceans have sucked up 93 percent of the heat human beings have produced since the mid-1900s, the study says, but they’re reaching their limit. As oxygen levels in the ocean deplete, oceans could actually become a formidable contributor to climate change.

That’s just the latest study sounding the alarm about the state of the oceans on a warming world. A U.N. special report published earlier this fall by the Intergovernmental Panel on Climate Change painted a stark picture of the consequences of a warmed-over ocean for the animals and humans that depend on it. The pace at which the ocean is warming, the report said, has “more than doubled” since 1993. That report came on the heels of other recent studies showing that oceans are warming faster than previously expected, that warming oceans are hurting fisheries worldwide, and that climate change is even changing the color of the oceans,

In the face of all this alarming research, policymakers and politicians are coming around to the idea that any climate policy is incomplete if it doesn’t contain an ocean component. The U.N.’s 14th Sustainable Development Goal, conserve and sustainably use the oceans, has long been ignored at major convenings. But the meeting in Madrid this month has been dubbed the Blue Conference of Parties to try to keep the climate negotiations focused on the oceans.

The clearest sign that ocean research is starting to impact policy discussions is Democratic presidential candidate Elizabeth Warren’s new ocean policy proposal. At CNN’s climate town hall in September, a shellfish fisherman asked Warren whether she’d support a “Blue New Deal,” a climate action agenda for the world’s oceans. “I like that!” Warren replied. Three months later, on Tuesday, she released a proposal by that very name. It’s the first policy plan in the 2020 presidential field to focus explicitly on the role government can play in both reducing the impacts of climate change on oceans and using oceans as a tool to fight the crisis. (Warren’s plan was influenced by 2018 Grist 50 member Ayana Johnson.)

The plan takes many of the climate solutions being put into use on land and modifies them for the ocean. Several Democratic candidates have pledged to ban drilling on public lands. Warren’s plan aims to phase out and ban offshore drilling and transform those oil rigs into offshore wind turbines, creating jobs in the process. She aims to electrify ports in order to reduce air and water pollution and to set emissions standards for ships entering U.S. ports. Warren also says she’ll work to create marine protected areas similar to the national monuments currently under threat by the Trump administration in places like Utah and New Mexico.

Most notably, Warren’s plan has a heavy focus on the food systems that rely on balanced and healthy oceans. She wants to invest in regenerative ocean farming, a practice she says will provide sustenance and simultaneously draw down emissions. Seaweed and algae are plants that suck up carbon and “valuable sources of nutrition,” she says. She wants to make it easier for fishers to get their products directly into the hands of consumers, and plans to spend $5 billion over a decade to expand what she calls “community-based seafood markets.”

Warren’s plan is just a proposal. And if she were to clinch the nomination and beat Trump in 2020, saving the oceans would no doubt take a backseat to bigger priorities like taxing the ultra-wealthy and prosecuting crooked executives. What Warren’s Blue New Deal does show, however, is that politicians are increasingly taking cues from scientists as they build out their climate agendas. And Warren can finally claim a piece of the modern New Deal pie, after her competitor Bernie Sanders snagged the term “Green New Deal” for his own climate plan.