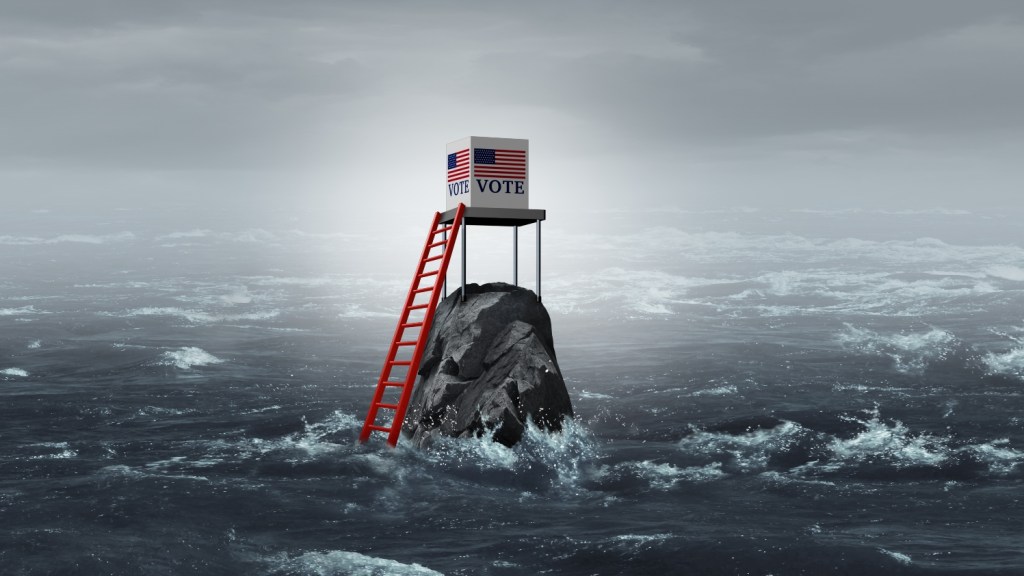 Tamara Toles O’Laughlin is the North America director of 350.org. Peggy Shepard is cofounder and executive director of WE ACT for Environmental Justice.

Imagine gathering everything you can carry to flee your home in the wake of a wildfire and returning to find the charred remnants of your life. Or losing a grandparent to heat stroke because they couldn’t afford an air conditioner during a heat wave. Or having your house flooded and moldy from storm surge, only to learn that you aren’t covered anymore by insurance.

These are some of the impacts of climate change happening all over our country. We have less than 10 years to halt the worst of the climate crisis. With just days to go until the election of our lives and early voting already underway, we must vote to make clear that the climate crisis is the top issue of concern to us.

But the very same communities facing environmental injustice and the worst of the climate crisis — Black, Indigenous, and communities of color — are also most likely to face targeted voter suppression. There are examples aplenty: In “Cancer Alley,” which runs through Texas and Louisiana, Black and brown communities are zoned into neighborhoods chock-full of fossil fuel plants and refineries; in Detroit and Flint, Michigan, Black communities face an ongoing crisis of toxic and polluted water. These communities have also been targeted for forced closure of polling places, modern-day poll tax equivalents, and attempted purging of voter rolls.

Every day, the number of communities impacted by climate disasters increases. Our federal government has rolled back nearly 100 environmental protections over the past four years. Each of these rules and regulations are designed to protect us and our families. And the burden of these rollbacks is felt hardest in low-income communities and communities of color.

As environmental and climate justice advocates, we know that in order to protect communities’ rights to clean air, water, and a healthy climate, we also need to protect our right to have our votes counted this November.

The same tactics employed during the Jim Crow era to suppress Black and brown voters are still in use today, just in more covert ways. State legislatures and election officials are targeting voters with voter ID laws, closed polling places, and voter-roll purges. Intimidation, gerrymandering, and voter ID hurdles are tactics we have come to know all too well. They have been around for years, and are entrenched in systemic racism. Since 2010, we have seen a steady rise in suppression efforts, with 25 states enacting new voter restrictions since 2010.

If 2020 has taught us anything, it’s that we must act fast to save what we love: community.

Climate change itself makes it harder to vote, particularly in frontline and fence-line communities. As we write, Hurricane Zeta is slamming into the mainland United States, pouring heavy rain and sending high winds through Georgia, North Carolina, Alabama, Tennessee, and Virginia, states where gerrymandering and other voter suppression tactics are already rampant. Meanwhile, Northern California is facing its worst fire conditions yet, and a dangerous ice storm is passing from Oklahoma into Texas.

The climate crisis also exacerbates climate gentrification. In the wake of Hurricane Katrina in New Orleans, half the population fled the city, but Black residents were substantially less likely to return, ever. The displacement of Black communities resulted in lasting electoral impacts covering the region. Climate change created multiple challenges to voting in New York after Hurricane Sandy and in North Carolina after Hurricane Dorian in 2019. In California, Sonoma County is already taking action to help ensure that those displaced by the wildfires are able to vote. This pattern will only worsen.

Voter suppression efforts from the highest levels make it harder for communities most impacted by the crisis to be heard on issues that devastate our chances of survival and well-being. It’s going to take all of us to address the systemic racism that enables voter suppression tactics.

This year has altered our lives forever. The compound crises of COVID-19, climate disasters, economic violence, and racial injustice have touched all of us. If 2020 has taught us anything, it’s that we must act fast to save what we love: community.

We see hope and courage in the determination of everyday people who are waiting in long lines to vote early, signing up as poll monitors to stop election tampering, and reaching across state lines by phone and internet to make sure everyone’s voice is heard. For our part, 350.org’s Climate Voter Project has called 400,000 voters, recruited 900 phone bankers, and secured 100 poll monitors; WE ACT has been educating and registering voters throughout northern Manhattan, from informative online videos to weekly phone-banking and tabling.

The fate of our fragile democracy rests in our hands. We’ve got mere days to get to the polls and vote for the country and climate we deserve.