Creation Justice Ministries has been helping eco-conscious Christians take action since 1983, when the National Council of Churches launched its Eco-Justice Working Group. The program has since grown into a nonprofit that leads a countrywide network of denominations and interfaith councils. The organization, led by 2018 Fixer Shantha Ready Alonso, encourages faith leaders to speak on Capitol Hill, lobbies for conservation and climate legislation, and connects 40 million-plus practitioners to their elected officials. Lamb, its resilience coordinator, thinks churchgoers need to do more than demand clean energy — they must adapt to a climate that’s already changing, whether they recognize it or not.

So in May 2019, Lamb helped launch Creation Justice Ministries’ climate-resilience project. His first initiative? A map of 75,000 U.S. churches threatened by sea-level rise, wildfires, and other consequences of a warming world. The data, posted on the organization’s site, alerts churches to all the ways they’re at risk. A study guide and webinars advise faith leaders on preparing for the worst and including congregants and community members in that process. In August, Creation Justice Ministries’ hosted a Faith Communities and Climate Resilience Summit that brought together a panel of politicians, ministers, and climate experts and reached 1,200 participants.

“The project aims to ensure churches can weather the physical and the spiritual storms of the climate crisis,” Lamb says. “But resilience isn’t some passive response to climate change. It’s an opportunity to exercise deep democracy and bounce forward into a more just and equitable society.” Here, Lamb and Alonso explain why adaptation is underrated but essential to the climate movement, and the unique role that churches can play in safeguarding against biblical-style disasters. Their comments have been edited for length and clarity. 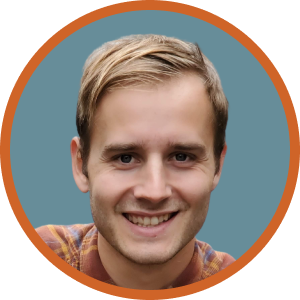 Lamb: Churches are ideal resilience hubs because, quite frankly, there are a lot of them. Our map revealed just how many congregations exist in rurals areas without community centers or any of the state or federal resilience investments you’d find in Austin, Texas, or Wilmington, North Carolina, or Savannah, Georgia. Often, those churches meet social needs that other institutions don’t and they have the assets to fill those gaps. They have industrial kitchens. Many denominations are huge landowners. The United Methodist Church, for example, is the single largest private landowner in North Carolina. They have buildings that can house people who are displaced, and they frequently do so. I see the Sanctuary Movement in the 1980s, when congregations took in Central American refugees under threat of deportation, as an inspiration for aiding an incoming wave of climate refugees.

Church leaders are moral leaders, and they have the ability to shepherd members through transitions — which is desperately needed as we weather the climate crisis and build a more beautiful world on the other side. They’re also community builders, and communities that have strong social networks are those most likely to respond well to climate disasters.

And churches provide pastoral care in times of trauma. In a lot of the areas we’ve mapped, mental health services are either underfunded or nonexistent. Psychological support frequently falls on congregations. Climate disasters cause high levels of trauma, sometimes even PTSD. So training pastors in healing climate trauma is really important.

‘Resilience has everything to do with racial justice’ 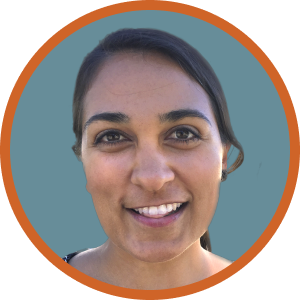 Alonso: It takes tremendous privilege to say that cutting emissions should be the climate movement’s only focus. Cutting emissions does not mean anything to the person displaced by hurricanes and wildfires. Activists, politicians and philanthropists are finally seeing resilience and adaptation as not only necessary, but as the primary way that average people can be protagonists in the climate crisis story.

As more people are waking up to racial justice issues, they’re realizing that resilience has everything to do with racial justice. Communities of color have an unequal capacity to bounce back from severe weather events, and we need to ensure everyone has adequate protections from storm surges and other threats. That’s why, through our resilience work, Creation Justice Ministries is collaborating with lawmakers like U.S. Representative Donald McEachin of Virginia to figure out what public policies would be of best use to churches leading adaptation efforts.

In Genesis, we are taught that God created everything as an interconnected whole, and that creation is under our care. And while we’re all interdependent with the natural world, so many of us are undereducated about it. That’s why Creation Justice Ministries is not just looking to build a big seawall — we’re also looking at planting sea grass and restoring salt marshes. As we try to make our communities more resilient, we’re engaging our role as caretakers and teaching ourselves and others about God’s creation.

Evolving rather than rebuilding

Lamb: Crosstowne Church in Charleston, North Carolina, is a beautiful example of the work CJM hopes to facilitate. From 2014 through 2016, the city got pummeled by three major hurricanes. After the first year, the church rebuilt. After the second year, it rebuilt. And after it rebuilt a third time, it took a step back and said, ‘OK, we need to do something because this is unsustainable.’ It hired a hydrology team to help understand why the neighborhood kept getting destroyed by intense rain events, and found that tons and tons of paved surfaces upstream created runoff that flooded the area.

The pastor of Crosstowne, Paul Rienzo, became a hydrological expert. He sat at the corner of being informed by the science and having the community capital to work with the city government. The mayor even appointed Rienzo to the board of developers, and Rienzo helped approve the firm that worked to make the upstream development sustainable with rain gardens and permeable sidewalks. At the same time, Rienzo was leading his congregation in a study of the book of Nehemiah, which is about people working shoulder-to-shoulder to rebuild the wall around Jerusalem.

Crosstowne is using theology to engage congregants on climate resilience, and working to help not just its own congregation but the city surrounding it. We’re promoting a similar approach — one that allows church members to identify risks to their community, understand their assets, and use those assets to address those risks while creating jobs, looking out for one another, and making their built environment stronger and healthier.