This post has been updated to clarify the work of SVP affiliates within the international network.

Sudha Nandagopal has worn many hats in environmental and social movements over the years. As a public servant, she oversaw a groundbreaking environmental-justice initiative for the city of Seattle — which landed her on the Grist 50 in 2016. These days, Nandagopal is focused on a key element of any movement for change: the flow of money.

As the CEO of Social Venture Partners International (SVPI), Nandagopal leads a global network of donors and nonprofit organizations, with over 40 affiliates in eight countries. The group goes beyond just drumming up cash: To invest in the long-term sustainability of nonprofits and socially-minded companies, SVP affiliates educate philanthropists on strategic, effective giving. They also help their local partner organizations with pro bono consultation on goal-setting, capacity-building, and generating resources for the long haul.

Nandagopal spoke to Fix about the potential for philanthropy to spur change — through funding, yes, but also by shifting entire power structures. 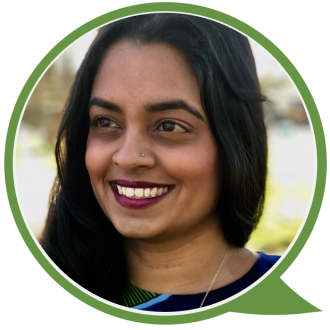 From my earliest days of doing work in social change, I’ve had to raise money. Over time, it became really clear to me that our economic system connects all of the issues that I care about. Racial justice, environmental justice, climate change, labor, immigration — all of those issues have to do with the flow of capital and how our economic systems are structured. I realized that if we really want to move things upstream, we have to change how resources are flowing and how the social-change movement itself is funded.

So I’m interested in the role that givers can play in changing economic systems to enable more justice in the world — to enable a world where we’re taking care of the environment, where people have the connections, the support, and the resources that they need to thrive. And that means that those who have historically been left out of economic success should be the ones who are shaping the economic systems of the future.

As long as philanthropy is governed by historic power dynamics, we will continue to create those. So we have to kind of dismantle and build at the same time. Part of that is casting a wider, more robust net in terms of who needs to see themselves as a philanthropist — but also casting a wider net in terms of who sees themselves as part of the social-change movement, and what role they can play beyond donating.

A lot of the critique that we’ve seen about big philanthropy is essentially that the decision-making is not tied to local communities. Funders don’t always have the same depth of understanding as the folks who are on the ground doing the work. I can use my own personal story as an example. I used to primarily participate in movements as a protestor, or strategizing on communications. I was out there doing the work alongside others. But then, the more I got involved with the funding side, the less I was actually in the conversations to understand what was happening in the movement and what was most needed.

One reason for that is that there are huge power dynamics at play between the people who have the resources and the people who are doing the work. I think rightfully so, people on the ground are careful about having their decisions overly influenced by funders.

Networks like Social Venture Partners, in my view, are places where individuals who want to give can come together, and they can be shoulder to shoulder with the movements for change. We want there to be a space for people who are on the frontlines to say to donors, “OK, you wrote a check. You want to become a systems-change advocate. Here are the three things we need you to do with your power. Here’s how we need you to show up and influence, say, the banks where you have your money. Here are the conversations that we want you to enable.”

A pivotal moment for giving

Giving during the coronavirus crisis has surpassed donations made following the September 11 terrorist attacks. Similarly, after the murder of George Floyd and the subsequent protests, we’ve seen a record-setting number of donations to racial-justice organizations, civil rights groups, bail funds. It has been an incredible time of pain, but also a really incredible time of change.

If you are not a staff person at an organization, often the only identity that you can have in the movement is that of a donor — and it’s the most frequent ask that people will get from nonprofits. In my view, individual giving is critical. We want to continue to enable equitable, engaged givers. But ultimately, we want the relationship not to be between one nonprofit and one donor — we want it to be between people in communities and issues writ large.

When I write a private, quiet check, even though I can feel good knowing that I did that, I have taken an individual action in response to a collective problem. That individual action is only really powerful when connected and woven together with big, systemic-change efforts. So we need to be thinking about the philanthropic response as bigger than one individual action at a time.

Donors are doing a lot right now, but they’re hungry to do more. That’s why we are in the process of launching a new initiative called Reimagine Giving — a platform that will engage philanthropists on a global level, bringing them together in community with social-change leaders and pooling their resources. We want folks to be able to pledge their solidarity with the movement in the long term and make it tangible. That in and of itself — asking donors to say, out loud, “Hey, I’m not just doing this as a one-time action. I’m going to be here as a donor for the long term” — that is really critical.

I’ve been doing racial-equity work and power-sharing work for close to two decades. And I am finding that these conversations are being unlocked right now in a way that I have never seen before. I see people who have had great economic success stepping forward and saying, “It’s time for things to change. I am not OK with benefiting in this way, if it has cost others to such a degree. And I want to be part of that change.” I think it’s really inspiring, and at times overwhelming, to know that we’re going to be part of some significant change in our lifetimes — and that we all can help enable that change.