How to get your friends to care about the climate, according to a youth activist 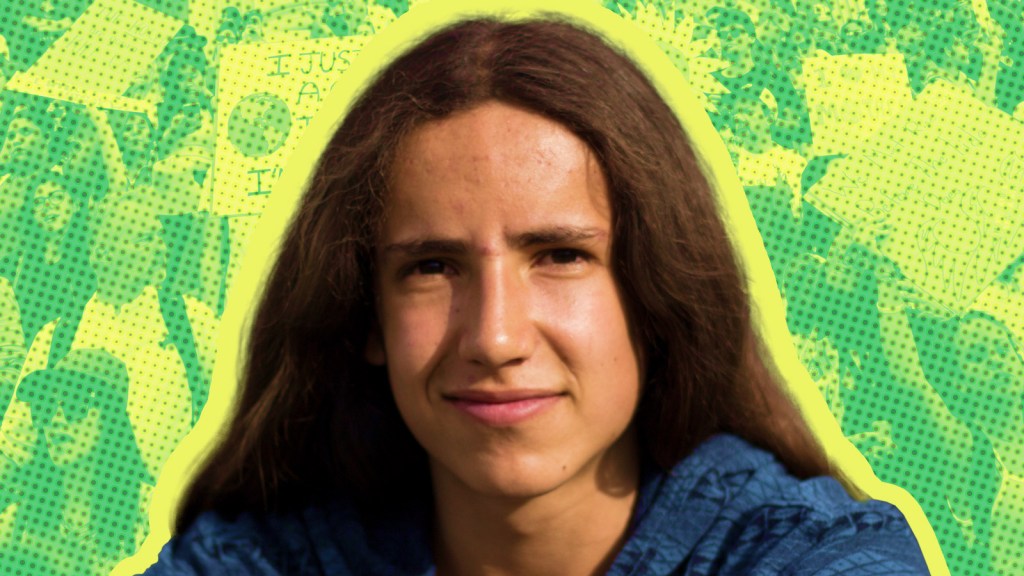 How to get your friends to care about the climate, according to a youth activist

Grist 50 Fixer Xiuhtezcatl Martinez just turned 20, but he’s already built up an impressive resume as an activist and the youth director of the international conservation org Earth Guardians. The multihyphenate Martinez, who’s also a hip-hop artist and an author, has delivered several U.N. speeches, given multiple TED talks, and sued the federal government over climate inaction. For the climate-justice movement to succeed, he says, a multimodal approach is needed — a notion that has further taken root in the ongoing protests against police brutality, and has helped to amplify the link between systemic racism and climate change. “Our generation has a diversity of ways to tap into different movements that is really powerful,” he says.

Martinez spoke with Grist about why this matters — and offered a few ideas about how to inspire and motivate your friends to take action. His remarks have been edited for length and clarity.

For anybody trying to get involved in the climate movement, there’s never going to be an easy list of five things to do, like, “Swipe these three things on Instagram and be revolutionary!” It’s not that easy. I’ve been reflecting on my journey as a climate activist and youth leader, and I think some of the most powerful work I’ve done has come from when I had a really deep understanding of what was going on in my own community.

I started building my organizing and communicating skills by understanding the impact of chemical pesticides in public parks in Colorado, where I live. Then I started looking at natural gas extraction in the fracking industry and how those things intersect with racial justice. And in this way, I came to understand how local environmental issues connect with the global climate crisis, which can feel so big and so far away.

Encouraging young people to challenge traditional notions of activism and organizing really inspires me. Our generation can leverage social media, leverage organizing tools that past generations didn’t have. We can communicate and tell stories differently. As a hip-hop artist, I’ve really seen the power of engaging with social movements like climate justice from a place of doing what you love. Regardless of the movement you care about, we show up better in these spaces when we are informed and doing it through a lens of what we love.

Our work is absolutely the most powerful in the climate space when it is intentionally intersectional. If you look at just immigration and climate, those two issues are tightly woven together. I just wrote a book, Imaginary Borders, that talks about this and about leveraging the power of our diverse identities as a generation.

Music and art have always played a role in social movements. I grew up listening to Bob Marley, Flobots, and Michael Franti back when he made hip-hop records. And KRS-One and Talib Kweli and a bunch of revolutionary MCs like Gil Scott-Heron. This music has been really inspiring, and it’s exciting for me to understand the cultural and historical context of the music I make. A lot of organizing in the environmental space has traditionally been pretty white and very comfortable in its own lane, and art and culture infuses itself into these movements — just breathes life into them.

In this moment we’re in, culture will absolutely shift everything. Even just something like kids on TikTok sharing really powerful messages and stories — that speaks volumes to this generation. As a generation, we hold so much power over the government, in creating change and revolutionizing systems. Amid a pandemic and a global, multiracial uprising of people demanding justice for Black lives and the dismantling of white supremacy and a lot of systems of injustice in this country, from policing to prison systems: In my lifetime, this is the greatest moment of people power I’ve ever seen.