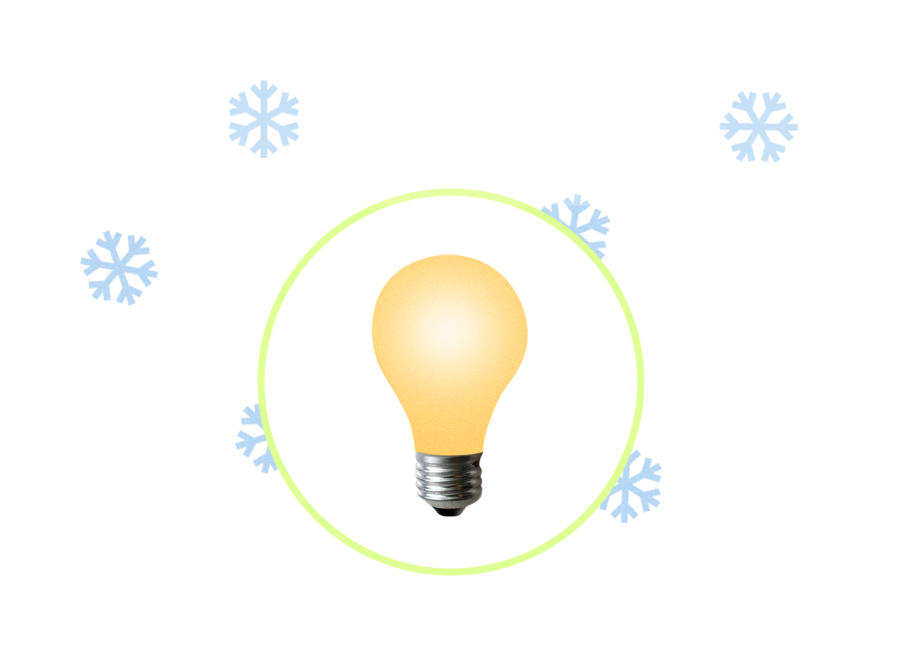 “I know it’s sort of an anachronism,” she says, gesturing sheepishly toward the wood-burning stove.

“It suits an old farmhouse like this,” you reply with a shrug. “And long as you’ve got wood, you’ll never be without heat.”

“Well, we never are,” she says. “Ever since they put up the new wind farm off the coast, we haven’t had a blackout. In fact, we hardly ever use this thing. But it does get drafty when it’s not going.”

You nod. “There are some things we can do to improve that.” You flip open your Energy Audit notebook and start writing.

Last week, a massive winter storm swept across the U.S., grounding thousands of flights and blanketing swaths of the country in snow and sleet. Over 60,000 people were still without power in Tennessee as of Monday; the utility estimated a full return by midnight tonight. This storm arrived one year — almost to the day — after Winter Storm Uri, which pummeled the U.S. and initiated a power crisis in Texas. Nearly 250 people died as millions of Texans were left without heat, or the ability to power life-saving equipment, for days. Bitter cold forced families from their homes to seek refuge in mobile warming stations cities set up. The cost of the storm, from things like property damage and lost income, was estimated to rival some of the most destructive hurricanes in the nation’s history.

Blackouts are hardly unfamiliar to the rest of the country. Over the past five years, the amount of time the average American household has spent without power has more than doubled. And that statistic isn’t likely to improve, as climate change exacerbates the weather extremes that tax our aging power grids.

Last year, Fix asked a group of five energy experts to help us make sense of the Texas winter freeze. To mark the anniversary, we caught up with a few of them to talk about how our energy systems can become more resilient, and what changes they’ve already started to see.

“There’s not a utility in the country, but most certainly in Texas, that isn’t reeling from challenges to resilience and a quickly evolving energy economy and industry,” says Ron Nirenberg, the mayor of San Antonio.

​When we spoke to him last year, Nirenberg worried that the state’s deregulation and privatization of energy would make it hard to implement unified solutions. A year later, he says his city has focused on improving local resilience — “backup power issues, weatherization, improving emergency communications protocols, accelerating our power generation strategy to move further towards decarbonization” — but that Texas’s deregulated industry has left local communities fending for themselves. 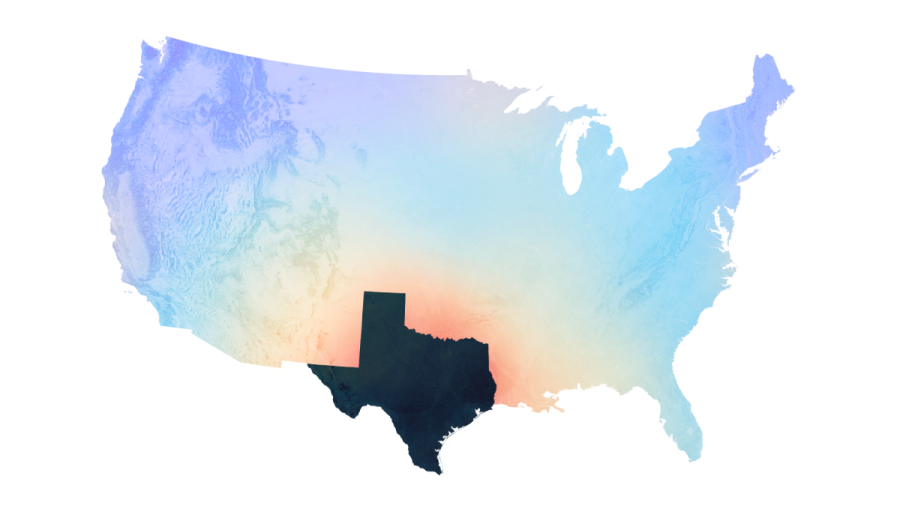 What could that better, more resilient system look like? Tim Latimer, a Texan and cofounder and CEO of geothermal company Fervo Energy, spoke to the need for a more diverse energy grid. He told us last year that “We need to prioritize building way more renewable energy sources and linking them with long-distance transmission. And we need to think about diverse resources beyond wind, solar, and natural gas.”

Both geographical and resource diversity remain high priorities for creating more resilient grids, Latimer says. Geographical diversity means that, with the help of long-distance transmission lines, regions can import energy from distant sources where, say, there isn’t a storm raging, or where there’s more reliable sun or wind.

Latimer notes that Texas’s independent electrical grid contributed to the acute crisis last February because the state couldn’t rely on power from other parts of the country. (A reminder for those of us who learned it for the first time last year: “The grid” in the continental U.S. is actually made up of three entities — the Eastern Interconnection, the Western Interconnection, and Texas).

Some parts of Texas are not on the state’s grid — like El Paso County, which is covered by the Western Interconnection — and fared much better during last year’s storm. A case in point, Latimer believes, for the importance of long-range transmission.

And there has been some change over the past year. “On the federal level, it’s exciting to see that part of the infrastructure bill that was passed was to really put in a lot of new incentives and funding to build more long-distance transmission,” he says, “which is huge for our ability to keep the lights on and bring more clean energy to the grid.”

The other part of diversification is bringing more clean energy sources online — and Latimer has been thrilled to see an increased interest in his own solution: geothermal. While wind and solar, along with storage, will be what Latimer calls the “workhorses of the clean energy transition,” we can likely only count on them meeting 60 to 80 percent of our electricity demand. Anything more starts to become cost prohibitive, Latimer says. “The benefit of adding an additional resource that’s carbon-free and works 24/7, like geothermal, is pretty enormous.”

Even Texas is getting on board. Just last month, the Texas Geothermal Alliance was launched, and Latimer says that’s only the beginning — adding that “I think the grids that we operate are going to be more resilient as a result.”

Other changes to the energy system can happen on the consumer end. “People only seem to want to talk about weathering infrastructure like power lines and power plants,” Logan Atkinson Burke, the executive director of the Alliance for Affordable Energy, told us last year. “But we also need to prioritize the infrastructure we live in.”

Atkinson Burke maintains that the solutions to our power crisis should start with protecting people. The catastrophic blackouts during Winter Storm Uri were largely about demand outpacing supply, she explains. People needed more power than usual to keep their homes warm, right when power plants were failing because of the extreme cold.

“If you reduce that demand by making people’s homes more efficient, you reduce the demand for gas to run power plants, you reduce the stress on the transmission system and the distribution system,” she says. “Everything you can do to reduce that energy need — or waste, really — is actually beneficial to the larger grid.” Not to mention, it saves people money.

Like Latimer, Atkinson Burke is excited about parts of the infrastructure bill — particularly the investment in the federal Weatherization Assistance Program. Though, she notes, it’s only a start. “We really do need the Build Back Better dollars that are intended for climate justice, that are intended for distributed solar and storage, and more electrification,” she says.

We’d love to hear about what you’re doing to be a part of energy resilience where you live.

If you’re not totally sure where to start, we asked our experts what steps individuals can take toward preparation, toward efficiency, and toward an overall more stable grid.

Atkinson Burke: We talk a lot about some basic things that help people save a lot of money fairly quickly, but also be more comfortable in their homes. In Louisiana, especially in our major population centers, we’ve got a lot of old, beautiful housing stock. But it’s drafty. Just doing simple, basic weatherization, [like] dealing with air gaps, is a great first step.

If you’ve got central HVAC, you’ve got parts of the system that are moving hot and cold air throughout the building. Going into attics, going under houses and addressing leaks within those ducts can save an enormous amount of electricity. Another one is having HVAC systems tuned up before the cooling season. Just like you have your car tuned up — you get your oil changed, you get your filters changed, all of that — same goes for HVAC. Going into the summer season, getting your system tuned up can save a ton of money on your bill.

Latimer: It’s difficult as an individual to make a huge difference on a machine as big and complex as the electric grid. I mean, it’s called the world’s most complex machine for a reason. I would tell you the number one thing you can do if you care about resilience is hold your public officials to account, and vote for people who are going to prioritize clean, resilient, and affordable electric grids. That’s probably the biggest action you can take. And, like anything else in the world of natural disasters, be prepared. In Texas, especially if you live on the Gulf Coast, we’ve gotten used to making sure everybody has their hurricane kit. Well, it turns out a lot of the same things you need in your hurricane kit are exactly what you need in your winter storm kit.

The use of geothermal energy — i.e. heat from the earth — dates back at least 10,000 years in North America, when Native peoples used hot springs as sources of warmth and healing. This is Norris Geyser Basin in Yellowstone National Park (so named for the park’s second superintendent, Philetus Norris, who was instrumental in driving Indigenous people off the land to make way for tourists). Yellowstone was and is culturally significant to a number of tribes including the Crow, Shoshone, Blackfeet, Flathead, Bannock, and Nez Perce. 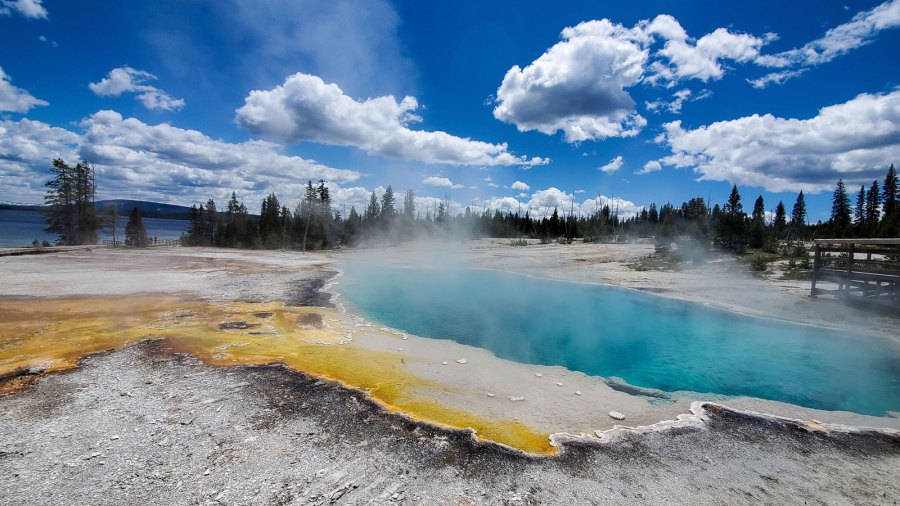 How to give your home baking a climate-friendly makeover