‘This election is bigger than our generation or even our country’ 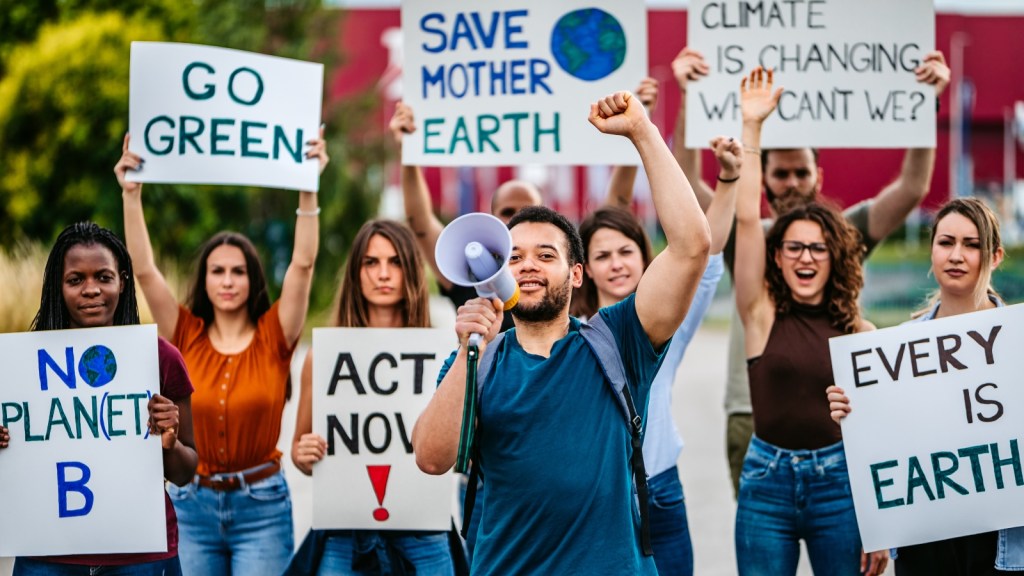 ‘This election is bigger than our generation or even our country’

Nikayla Jefferson is an organizer for Sunrise Movement San Diego and a Public Voices Fellow of The OpEd Project and the Yale Program on Climate Change Communication. She is also an incoming political science doctoral student at UC Santa Barbara. Follow her at @kayla_nikayla.

The views expressed here do not reflect any official organizational opinions or positions at Grist and Fix. This post has been updated.

I’m 23 and co-chaired the Bernie Sanders 2020 campaign for California because, despite the age gap between Bernie and me, he was the presidential candidate who best understood my generation’s story.

Bernie understood that we’ve grown up in a broken and corrupt system — that we graduate with a lifetime of student debt and then are told we are unqualified for jobs that pay a living wage, and that too many of us are faced with the choice between food and rent. He understood that we’ve lived in the shadow of the Great Recession and an endless war. And he understood that our generation will live the rest of our lives fighting to survive the climate crisis.

For me and many other young people, Bernie was the only candidate who offered the kind of transformative change our country desperately needs.

Over two presidential runs, Bernie spoke our generation’s dream to life. When he lost momentum and dropped out of the race, I was heartbroken. I felt like any chance of a just and livable future was gone with his candidacy.

But after I grieved the Super Tuesday loss, I realized three things. One: The beautiful thing about hope and a dream is that they cannot die with the defeat of one man. Two: This election is bigger than our generation or even our country — the lives of the people we love and the future of our entire species are under imminent threat.

And three: We didn’t lose. Bernie spoke our young progressive dreams to life — loudly enough for the centrist Joe Biden to hear. And he listened.

Biden is now running on the most progressive platform in Democratic-nominee history. He assembled a Bernie–Biden task force with progressive champions like Representatives Alexandria Ocasio-Cortez and Karen Bass; former Bernie campaign political director Analilia Mejia; and the executive director of my organization, the Sunrise Movement, Varshini Prakash. Biden adopted many of Bernie’s ideas as his own: free public college, student loan forgiveness, and a federal $15 minimum wage.

Kamala Harris may not be young people’s ideal VP pick because of her career as a prosecutor and attorney general, but she’s tough, sharp, and may help win over Black and moderate voters. And, I admit, it gives me a bit of excitement to see a Black woman on a presidential ticket.

Biden became more progressive because those of us who supported Bernie’s platform (and Bernie himself) made it clear that we’d accept nothing less. Specifically, Biden shifted to be more aligned with our vision of bold action against the climate crisis. His $2 trillion climate plan looks a lot like the Green New Deal. He is calling for 100 percent clean electricity by 2035, a climate corps for young workers, and an environmental-justice fund to invest in frontline communities.

Our movement made that happen. Biden felt the political pressure exerted by young people and knew it was in his best interest to listen to our demands. We changed American politics forever.

And we will use our voices and bodies and political power to continue to push Joe Biden on policy demands. His plan is good, but it needs to be better. We need hard details like specific dates for fossil fuel phase-out, climate job and investment numbers, and a plan to reach net-zero emissions by 2030.

But in this moment, we must deliver a resounding generational defeat against presidentially authorized white supremacy and deadly science denial. In 2020, Gen Z and millennials must loudly tell the world: The United States of America belongs to us. This is our country and our decade, and we choose to fight against the climate crisis and against racial violence. We choose hope even in the darkest of times. And so we must vote for those who cannot, for those we may not know, for those whose lives depend on us choosing right.

Bernie threw his support behind Biden in his DNC speech last night because a Biden administration offers us a fighting chance at our future. But that chance requires progressives to be unified, or we will fall divided into another fascist four years. For me — a young, Black, queer woman — the price of failure may cost me my life.

When the late John Lewis spoke at the 1963 March on Washington, he was 23 years old. In front of thousands, he spoke to those who said to stop or slow down: “How long can we be patient? We want our freedom and we want it now.” Fifty-six years later, on the floor of the House of Representatives, he said: “The vote is precious. It is almost sacred. It is the most powerful non-violent tool we have in a democracy.”

We, young people, cannot wait or slow down our fight for environmental and racial justice. 2020 will be the hottest year on record, and communities of color will feel this heat the most. If we want a real shot against the climate crisis and racial inequality — our dream of a just and livable future — we’ve got to use the vote as our tool, and use it for all we’re worth. The future is counting on us.