This entrepreneur is reshaping the criminal justice system — with farmwork 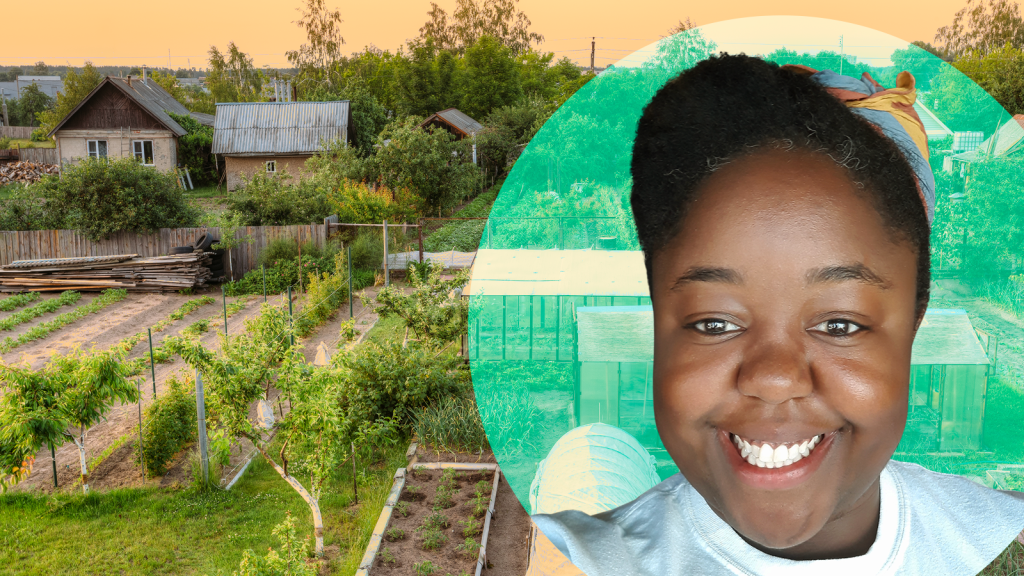 This entrepreneur is reshaping the criminal justice system — with farmwork

This post has been updated with additional details from Henderson.

This summer’s worldwide protests for racial justice have rocketed the call to defund police into mainstream awareness — an idea that has been likened to environmental-movement demands for fossil-fuel divestment. In both cases, the argument goes: Take the money out of the institution that perpetuates harm, and put it toward building new, healthy alternatives.

Those healthy alternatives — for both our energy system and our criminal-justice system — might have a lot more in common than we think. Abiodun Henderson, a 2019 Grist 50 Fixer, is the founder of Gangstas to Growers, an Atlanta-based program that employs formerly incarcerated youth and teaches them to grow crops on nearby Black-owned farms; participants also make and sell a signature hot sauce. Henderson’s organization reduces recidivism by giving young people economic opportunity, as well as lessons in sustainability and self-sufficiency. “Knowledge, unconditional love, and money,” she says. “That’s what we’re about.”

As the program grows, Henderson aims to build worker-owned production facilities and start churning out more products in addition to hot sauce. Gangstas to Growers is one of 10 organizations taking part in Reparations Summer — an initiative aiming to raise over $1 million this summer for Black land ownership and land stewards. With funding from Reparations Summer, Gangstas to Growers will set to work clearing acres on a family-owned farm in Georgia, and then plant hemp and bamboo to turn into an array of products.

Henderson spoke to Grist about her work with Gangstas to Growers, and the systems of economic empowerment she’s helping to build. Her remarks have been edited for length and clarity.

Bring crime down by bringing self-sufficiency up

I think Black folks — and people, period — have generally committed crimes centered around money. Now, yes, we are down with creating alternative systems that will eventually do away with so much emphasis on the dollar. But when you see crimes, even murders that are happening, many of them are connected to money somehow.

So the mission of Gangstas to Growers is to create institutions that provide economic empowerment and self-sufficiency. For that economic-empowerment piece we want to make sustainable products, because it goes back to our culture. It goes back to Native culture — the folks of this land and the way they did things, and the way some still do. The way Native folks in Africa did things. That’s part of our ancestry. We didn’t create plastic waste. So we’re just going back to the way we used to do things. We can create environmental warriors, get people well paid, and just create better products for the world.

Dear white people: Do the work

If we have young people in the community in control of food production, and helping to create products that people want and need, folks are just like, “Let’s leave these kids alone.” And then, the kids aren’t going to be running up in people’s homes, because their needs are being taken care of. Again, if you know where your food is coming from, you’re alright.

But it’s really about white people doing the work on themselves as well, to get rid of that fear that they have of Black bodies. Unless white folks do their own work, the police will still be called.

There’s an organization that I’ve done some work with, CHRIS 180 — it’s a white-run, Christian-backed organization, but they make sure to hire and take leadership from Black folks to work in Black communities. They’ve created this trauma network that’s about taking care of the folks who are exposed to crimes. When a crime happens in the community, we go out, knocking door-to-door, and see how folks are doing. It’s not like we’re going out there to do the work of police and find out more information. But just, “How are you doing? Somebody got shot in front of your house — how has it been? What other needs do you have? Do you need mental health help? Do you need food? How are your children coping?”

And then we invite folks to healing circles, where you bring together someone who may have committed the crime, either the shooting or the robbery or what have you, with the folks who were the victims of crime. Or just folks around the community who have experienced the trauma of being in the neighborhood, dealing with stuff like that all the time. It gives people a chance to talk through things, practice forgiveness, understand where that person may be coming from, and what’s going on in their household.

Then, of course, there are programs like Gangstas to Growers. We provide political and historical education, therapy, yoga — different skills and ways of being able to adjust, so you’re not as fragile when things happen in your community. You’re not just lashing out.

The time to start is now

We’re trying to get people back on the land. We just need enough time to build new systems that will make them happy and whole. But when you’re out here in the streets, looking at these babies, it’s like we ain’t got no time. These children are suffering. They’re so angry, they don’t know what’s up from down. They got babies out here selling bottles of water, which isn’t good for our environment at all, but they’re doing whatever they can to make a dollar. When you see the youth and their elders suffering like that, you know that society is sick as fuck. We’ve just got to get rid of this destructive, greedy-ass culture, with all the allies that we can.

What I want to see is more Black-owned land — because the cities have not been safe for us. I want to see Black folks on rocking chairs, Black babies fishing and swimming and being on horses. We’ve just got to hold on and build these alternatives.