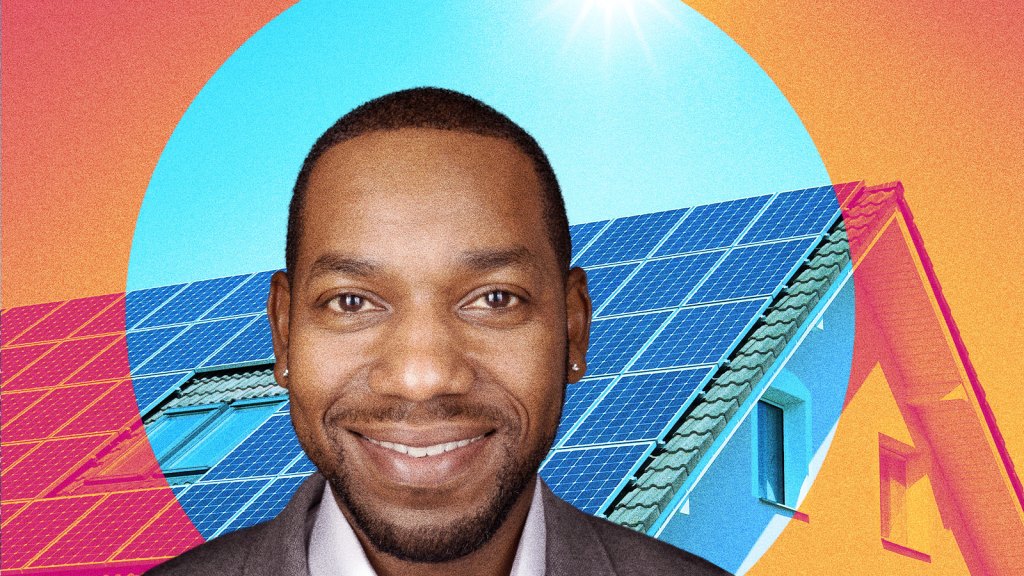 Tony Reames grew up in rural South Carolina in a “quintessential environmental-justice community,” as he puts it. After the textile industry collapsed in the 1990s, the region was saddled with both the state’s largest landfill and its largest maximum-security prison. It wasn’t until college that Reames, now an assistant professor at the University of Michigan, realized what had been going on in his own hometown — specifically, the way that social status shaped the physical landscape. “That realization led me to the work I now do on green buildings and energy justice,” says the 2019 Grist 50 Fixer, whose research has clarified the role that energy plays in the cost of housing.

Here, Reames explains why the near future looks rough for so many households. He also details how a Green New Deal focused on energy equity could function in the same way that, say, preventative healthcare does, whereby everyone saves money in the long run. The added bonus: It’d also get people back to work again.

Looking to the last crisis

The 2008 economic crisis hit Black, brown, and poor communities harder than others. The American Recovery and Reinvestment Act (ARRA) of 2009, which was a response to the crisis, was part of a time of innovation in the distribution of government resources. For example, the Weatherization Assistance Program, which has been around since the 1970s, got a $5 billion windfall to improve energy efficiency in low-income homes. But once that was over, we kind of went back to doing things the way we always did, which I think is really unfortunate.

For my dissertation, in 2016, I researched Kansas City’s Green Impact Zone to assess an effort to concentrate funding in one area. The energy piece of it was very interesting to me because it has a connection to housing stability. I started thinking about how improving the efficiency of people’s homes could be a mechanism for them to be able to afford their other bills.

The federal government spends several hundred million dollars a year to help weatherize houses in low-income communities. But is that money being spent and distributed as effectively and equitably as possible? White households consume more energy than Black, Asian, or Latino households, which is why they are often beneficiaries of energy-efficiency measures.

One way for these households to benefit from energy-efficiency programs is for utilities to promote awareness of them. If utilities only target the biggest consumers, they’ll typically target higher-income and white households. Lower-income, African American, and Latino households typically live in smaller homes.

We recently published a study that discovered that one in eight Michigan households falls into what we call an “energy-efficiency funding gap.” Basically, these households make too much money to qualify for government assistance with their energy bills and weatherization costs, but they don’t have solid enough credit to qualify for loans that target energy-efficiency improvements. So they miss out on opportunities on both fronts.

I think we’re definitely heading into a crisis period. Because so many people are unemployed, many utilities agreed to suspend disconnections. But those agreements are starting to expire, at the height of summer. People are also facing evictions. Most cities have cooling centers, but can you go sit in a cooling center and also socially distance in the middle of a pandemic? Access to renewables, especially solar, might have been one way for people to be more resilient during this period, because it could’ve helped offset energy costs at a time when so many people are running their air conditioners.

Making the case for a grand(er) plan

A lot of my experience is based off of what we did in ’09. I saw a lot of innovation during that period, but we didn’t go as far as we probably needed to go.

But we’ve learned a lot over the last 10 years. With a new economic stimulus package like the Green New Deal, we could direct funding to retrofit houses to make them more energy efficient, and also create jobs. Green jobs aren’t always located in the places where people actually need work, but retrofitting is very place-based — you can hire people to work in the communities in which they live. We can only hope that our response to this crisis will be viewed as proactive by future generations.