These youth climate activists are voting -- and think you should, too 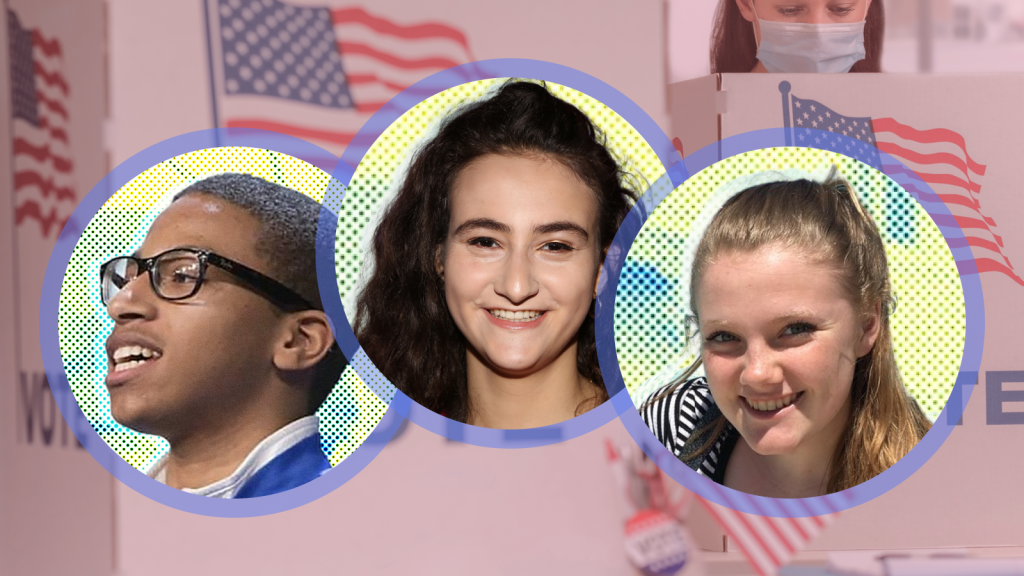 Scientists have been ringing alarm bells about our changing climate for decades, and the last few years have seen teenage activists turn up the volume. From protesting pipelines to organizing school climate strikes, these young leaders are among the loudest, angriest voices demanding solutions. Now, many of them are speaking up for the first time through a fundamental part of democracy: by voting.

More than 22 million Americans have turned 18 so far this year. Studies show those newly eligible voters are overwhelmingly concerned about the existential threat of a warming planet, and that people born since 1981 will make up the largest segment of the electorate within eight years. That promises to radically change public policy, which is one reason leaders of the youth climate movement are urging their peers to show up at the polls — and cast a ballot with the Earth in mind.

Fix’s climate solutions fellow Brianna Baker asked three activists how it feels to use their voices in a powerful new way and about the pivotal role they see young, eco-minded voters playing in this election — and the future of their movement. Delaney Reynolds, 21, is the founder of the Sink or Swim Project, a Miami-based nonprofit that educates and engages youth on solutions to sea level rise. Jamie Margolin, 18, co-founded Zero Hour, an organization dedicated to supporting the next generation of climate activists. And Jerome Foster II, 18, started OneMillionOfUs, which aims to register and empower young voters in the 2020 election.

Their remarks have been edited for length and clarity.

Q.Y’all have been participating in democracy — as protesters, organizers, and leaders of the youth climate movement — since long before you were able to cast ballots. How does it feel to participate this year as voters?

Foster: 2020 is the rise of the youth vote. So many young people are mobilized around climate justice and gun violence reform and gender and racial equity. If you open up social media, there’s a whole community of people my age urging others to get to the polls. Like me, they feel empowered and excited to take on the mantle of voting. A lot of the anxiety that came with growing up in these systems of oppression are being released and transformed into a form of resiliency and momentum — not just a source of anxiety or helplessness. Now, we feel excited to be a part of this active form of democracy.

Reynolds: I voted in the primaries and in the midterm elections in 2018, but being able to use my voice to choose who represents our country and helps us battle the climate crisis is a whole other ballpark. Eighteen- to 29-year-olds make up 10 percent of the American population. And there’s 2.4 million of us just in Florida, which is where I’m from. That’s a massive number of votes in a very important swing state. But unfortunately, less than half of that age group voted in the last election. So I think what I’m most excited about is proving everyone who thinks that’ll happen again — that young people won’t turn out to vote — wrong. Because I know that we will show up to the polls to vote for the issues that are most important to us.

Q.2020 has been a turbulent year. How do y’all feel about voting under these challenging circumstances?

Foster: Every single day, I open Twitter just to read more horrible news. It feels heavy, especially for people our age. We’re contained, we can’t go outside, we can’t see our friends. We’ve lost our high school prom and our graduation. But it’s important to try to flip that sentiment. That’s why OneMillionOfUs launched the Prom at the Polls initiative, encouraging folks to “prompose” to loved ones, or even a date, and invite them to come to polls or drop off a mail-in ballot with them. Saying to friends, “Hey, put on the prom outfit you didn’t get to wear this year and bring it to the polls” is a cool way to change the energy of 2020 and give young people a redemption of sorts — something happy to unite around.

Those events are inspired by viral social media trends, which usually involve people dancing, singing, and making cool artwork. That’s what young people bring to the table — creativity and energy. We know that partisanship, negativity, and fear-mongering doesn’t drive voters to the polls. It’s excitement, hope and optimism that motivates people to get out of their homes and turn out to vote.

Q.What do you say to your friends who don’t plan to vote?

Margolin: I have to convince a lot of young people within the climate movement to get out and vote. They say, “What’s the point of voting? The real causes of climate change are our current systems of oppression, and voting is within the same systems.” And to that I say, “You’re right.” I totally understand if people are disillusioned with electoral politics. Me too! But it does matter who’s in office, who is appointing the justices on the Supreme Court, who’s leading our national climate response. I agree that voting by itself isn’t enough, and if everyone casts a ballot and decides they’re not going to protest or organize, then that’s not going to save us. But voting is just one tool out of the many at our disposal, and it’s the right thing to do. After I vote, I’m going to continue to fight for systematic change and push whoever is in office to take bolder action on the climate crisis.

Reynolds: To anyone thinking of sitting this one out, I would say: “This is the biggest election that our country has ever seen. We’re at a huge turning point when it comes to our climate, and if we don’t start to do something about this, like yesterday, we’re not going to have a future.” How our generation addresses the climate crisis will literally define our time here on Earth. Youth are starting to realize that if we don’t do something to select the correct leaders who will lead us into a sustainable future, rather than protect an antiquated use of fossil fuels and a polluting past, then we have a serious problem. Because we simply can’t afford another four years of climate denial.

Q.More voters than ever are mobilized around climate change. Why do you think that is?

Foster: Our environment is the baseline of every other systemic problem that we’re experiencing, and if we don’t take care of the air around us and the air that we breathe, how can we fight for anything else? Having a clean environment is one of the bare essentials of life. Even if voters see racial justice and gender equity as their top issues, climate change is still wrapped up in that. Before Hurricane Katrina, many Black women couldn’t afford to evacuate, and in the aftermath, they weren’t picked up by helicopters and were left on the roofs of their houses. Americans never forgot that — and I think conversations about the compounding crises of our time are becoming more and more present.

Margolin: Voters are more mobilized than ever around climate change because of the work that organizers have done. Back in 2016, the climate movement was happening, but it didn’t have the same steam as it does now. Thanks to the mass youth climate movement that arose in the last four years, people really care about this issue. It gives me hope, but in my view, hope has to be an active thing. I’m not just sitting around twiddling my thumbs, having hope. Youth activists make hope for ourselves, by taking to the streets — and now the polls — to capitalize on the momentum we’re finally seeing around climate action.