Catching up with Andrew Simon, host of Grist’s Temperature Check 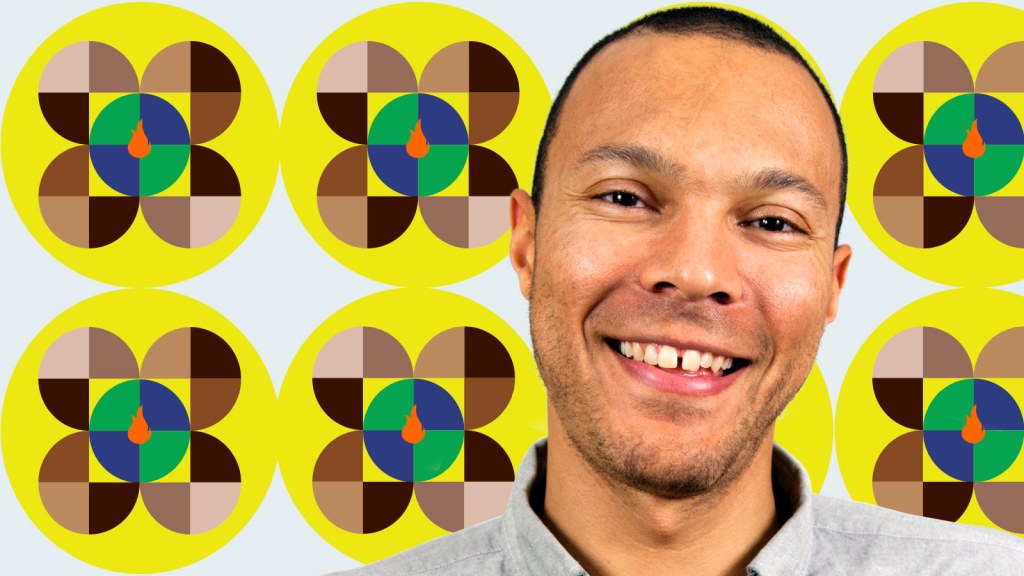 Catching up with Andrew Simon, host of Grist’s Temperature Check

The idea behind Temperature Check emerged from a conversation Andrew Simon had with friend and fellow journalist Brentin Mock this summer. The two discussed the protests that erupted in the wake of George Floyd’s murder, a chat that got Simon thinking about the intersection of social and environmental justice, and how to keep the dialog going.

The weekly podcast, a first for Grist, does exactly that by examining the convergence of climate, race, and culture. Simon talks to chefs, journalists, and politicians about everything from Southern cooking to climate policy while weaving in references to Wakanda or the latest music video from Bad Bunny.

Simon, Grist’s director of leadership and programming, has worked in media for more than two decades. In the nearly seven years that he’s been at Grist, he’s helped launch several initiatives, including a fellowship program and the annual Grist 50 list of emerging climate leaders.

Fix caught up with Simon to ask him about the podcast he calls his “latest, most exciting — and most terrifying — project.” His responses have been edited for clarity and length.

Q.How did the idea for Temperature Check come about?

A.Earlier this year, Elise Hu, an excellent audio journalist and a board member at Grist, approached me about doing a one-off episode for the Influence podcast. This was right around the time that the protests were happening in response to George Floyd’s murder.

Elise was looking for a couple of people — Black journalists in particular — to have an open, honest conversation about what they were thinking and feeling with the protests going on. I called up journalist and friend Brentin Mock, a reporter at Bloomberg’s City Lab who previously worked at Grist. It was really spur-of-the-moment, but we had a conversation about what we were thinking and feeling at that moment in time, with both of us having backgrounds, especially in Brentin’s case, in covering social justice and environmental justice.

Later, Elise approached me and Brady Piñero Walkinshaw, the CEO of Grist, and said, “What if we turn this concept into a podcast? What if we were able to create a weekly forum or space for people to talk about the connections between climate, race, social justice, and pop culture?” That’s how the idea for Temperature Check was born.

Q.Why did you decide to add pop culture to the mix?

A.There are often stories told through pop culture about climate justice and climate solutions that are driven by voices of color. But these stories are often underrepresented in mainstream media. Making connections to pop culture is a way to recognize that, for quite some time, there have been voices — from Black people and people of color in general — that are envisioning and pointing a way forward.

I also think that what we’re trying to do with pop culture is make some of these issues more approachable. For really good reasons, conversations around climate change and racial justice are often sobering. When it comes to Americans in general, it’s not so much that people aren’t thinking about climate, but there’s often a feeling of despair and helplessness.

Folding in pop culture is a way to hopefully bring even more people to the topics of climate and climate justice, and to do so in a way where we’re having a little bit of fun.

Q.Was there a reason you felt these conversations would best take place on an audio platform?

A.Some of my favorite podcasts are ones where you feel like you’re hanging out with the host. You’re almost a part of the conversation. I think audio is a medium where it has that intimacy, unlike some others. When it comes to conversations about climate and race in pop culture, there’s an opportunity for us to bring in some of that intimacy around these issues with guests who are leading the way toward a more equitable, safer future, or who are helping to tell the story of this future in some way.

Q.To what extent do you see Temperature Check engaging with current events?

A.We have a little riff at the beginning of each episode with a rotating roster of cohosts, from journalists to thought leaders, which allows us to touch on a pressing issue for that week. Having said that, if we’re doing things the right way, someone who learns about the podcast a couple of months from now could go back and listen to the conversations and not feel behind, because the conversations hold up over time.

Q.Is there anyone whose work successfully ties together climate change, social justice, and pop culture? Someone you might want to have on the show?

A.Representative Alexandria Ocasio-Cortez certainly comes to mind. I think she reaches a wider, younger audience with her policy platform because she’s plugged into social media, popular culture, and entertainment. I don’t know if you can say that about all politicians!

Be sure to check out Temperature Check on Grist, Apple, Spotify, or wherever you listen to your favorite podcasts.