It’s no secret that the climate crisis will disproportionately disrupt the lives of women around the globe, especially women of color and those who live in the global south. Women make up a majority of the world’s impoverished population, and as the primary food growers and water collectors, they’re hardest hit by floods and droughts. They’re also less financially equipped to flee when natural disaster strikes — and vulnerable to gender-based violence.

Suffice it to say, patriarchy does a number on women and anyone resisting traditional gender roles and toxic masculinity, so as the world formulates its climate response, the voices of those most affected are often the least heard.

That’s beginning to change, and to amplify those marginalized and undervalued voices, writer-activists Ayana Elizabeth Johnson and Katharine K. Wilkinson pulled together a formidable roster of changemakers and asked them to pen essays, compose poems, and create art all about the pain and power of being feminists in the climate movement. The resulting book, called All We Can Save, hits shelves on September 22.

With essays by author Naomi Klein, Sunrise Movement cofounder (and Grist 50 Fixer) Varshini Prakash, and Natural Resources Defense Council CEO Gina McCarthy, the anthology is a tribute to the fearless activists, journalists, conservationists, and others who are bringing forth what Johnson and Wilkinson call a “feminist climate renaissance,” rooted in the traditionally feminine qualities of compassion, connection, creativity, and collaboration.

“The feminine” is a spiritual and philosophical concept that transcends gender identity — but what does it really mean, and why is it crucial to the climate movement? To dive deeper, we talked to Johnson and Wilkinson, along with other Fixers, about how they define and embody femininity in their work, and what we can all do to bring more balance to climate activism and the world. Their responses have been edited for clarity and length. 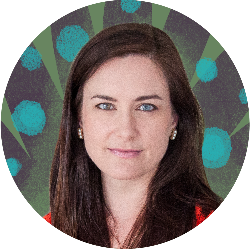 Katharine K. Wilkinson: Author, strategist, teacher, and co-editor of All We Can Save

All We Can Save opens with the story of Eunice Newton Foote, the amateur scientist who discovered the link between carbon dioxide and planetary warming in 1856. She was also a signatory to the Seneca Falls Declaration, the first women’s rights convention in the U.S. I think of her as the first climate feminist. Her findings were published in The American Journal of Science and Arts, but then she was basically forgotten until a decade ago. I take the loss of her legacy personally, because that erasure is still happening. Women often don’t have adequate resources for their work or platforms, or to share their insights and visions, and they’re often stripped of credit for their contributions.

I think about the feminine as the life-giving energy that circulates through the world. It’s an appreciation for interdependence and the connectedness of all things. It’s about working with the living systems of the planet rather than trying to conquer or wrangle them. The Feminist Climate Renaissance is not a revolution or a takeover or a war, but rather an upwelling of a better way to do climate-oriented work.

On finding a more feminine balance 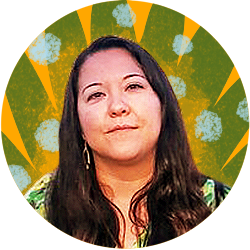 People assume that, hundreds of years ago, our Native communities were run by male chiefs. But women also had power and were respected for their sacred ability to create life. We call our planet Mother Earth because she nurtures us and gives us abundance: soil to grow food, air to breathe, and water to drink. And yet America perpetuates a masculine narrative that it’s not enough, that we need more land, more oil, more power, and more money. That feeds the sickness of colonization and war and climate chaos.

If we had more balanced, feminine leadership, we’d realize we already have everything we need. A more feminine world would mean local systems of food, so we wouldn’t need to burn as much oil and gas for transportation. It would mean tighter-knit families, since people aren’t constantly working to generate profit. It would mean more time to visit your neighbors and strengthen the bond of humanity. It would mean actually being happy and feeling comfortable with where you are and who you are.

On focusing on people, not objects 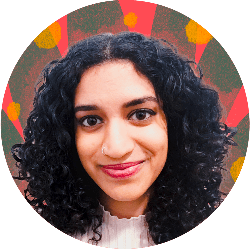 Varshini Prakash: Cofounder and executive director of the Sunrise Movement

I’ve heard a lot of men say our number one climate priority is decarbonization, and the benefits of that are jobs and clean water and livable climates. Their focus is on inanimate objects, on solar panels and electric cars, and not on the root of the problem, which is humanity. We need to ask ourselves: Who do these technical solutions actually help? Are they working to eradicate the existing inequalities in our system or to deepen them? We need policies like a Green New Deal that aim to create green jobs that give workers a good quality of life, sustain families, and employ communities that have suffered the longest and hardest from environmental damage. The world’s climate response needs to be an inclusive, collaborative process by which everyone benefits.

When my colleagues and I founded the Sunrise Movement, we decided our leadership team was going to be super-majority women, because we knew that women and queer people push for holistic, intersectional solutions. They’re also more capable of deeply vulnerable leadership that is able to publicly admit fault and apologize, that is able to hold on to strength and power while leaving ego at the door. One of our organization’s core principles is shining bright even when there are hard days. Changing the world can and should be a fulfilling process, and women and femmes embody that by bringing jokes, laughter, and joy to the movement, even when addressing something as terrifying as the climate crisis. 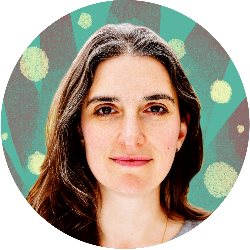 Jill Kubit: Cofounder of DearTomorrow and co-lead of Our Kids’ Climate global network

DearTomorrow aims to help everyone think the way that mothers do about climate change — in the form of a letter written to a child or other loved one, to be read in 2050, on what they’re doing now to ensure a liveable future.

The climate movement is shifting our work from a science and data-driven perspective to a values-based approach that uses the power of storytelling and emotion, and is driven by love. More often, it’s women and mothers driving those solutions. They are organizing on the frontlines, starting new organizations, forming unusual collaborations and networks, and experimenting with artistic and cultural strategies. Much of this work is underfunded and underappreciated, but moms do it because they feel they have to. They hold a deep love for their children and want the best possible futures for them and for the world.

On getting the right support 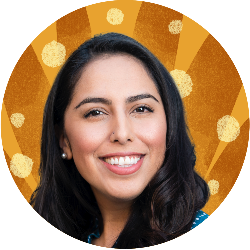 When I think of femininity, I think of environments that are warm, welcoming and sensitive. I think of empathy and sympathy. There’s a lot of trauma associated with the climate crisis, as well as poverty, unstable homes, and gender-based violence. Women and femmes are great at creating spaces where people can show up as their whole selves, process trauma, engage in healing practices, and advance their common goals: clean energy and other equitable climate solutions.

Women and queer climate leaders, especially people of color, are often shouldering their own trauma, and the trauma of their communities. That’s why they need holistic support for themselves, not just their organizations. They need help with healthcare, childcare, school. They need a massage! At the Hive Fund, we’re unapologetically uplifting the individual, to make sure badass women don’t burn out and can stick around in the climate movement for a long time. J.Lo can be J.Lo because she has a manicurist, a therapist, a nutritionist, a personal trainer. We need similar support for our women climate leaders, so they can keep doing their amazing work.

On bridging the leadership gap 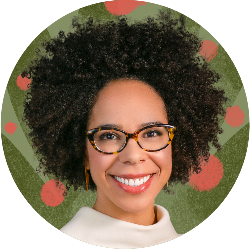 Ayana Elizabeth Johnson: Founder and CEO of Ocean Collectiv, founder of Urban Ocean Lab, and co-editor of All We Can Save

The climate crisis is a leadership crisis. There’s a growing awareness that we need leaders from every community to represent their people. So having a diversity of leaders, which obviously includes women, is critical. Leaving out half of the planet’s brain power and creativity would just be dumb. And yet, that has happened repeatedly.

I’m not sure that the patriarchy is going to go willingly. Why would white men give up all of their power and access and money? But I will say that in the last year or so, as a result of the confluence of the #MeToo movement, the Movement for Black Lives, and climate strikes, politicians and corporations are more aware that they need to at least publicly state their support for women and people of color and put them in leadership positions. I don’t think they’re handing us the keys to the castle, just giving us a temporary password. But we’re coming in and resetting the whole operating system. If they mean for it to be tokenizing, then watch out, because we’re taking all of the tokens.

What’s next for climate and racial justice? Four experts weigh in.