If you’ve been to climate protests in the last seven years, you probably heard Antonique Smith’s soulful croon through a loudspeaker. The actress, Grammy-nominated singer, and 2018 Grist 50 Fixer works with the national nonprofit Hip Hop Caucus to make music that’ll inspire people to get up and march. (In 2014, Grist declared her cover of Marvin Gaye’s “Mercy, Mercy Me” the anthem of that year’s People’s Climate March.)

But Smith’s latest collaboration with Hip Hop Caucus has nothing to do with music. As part of its Think 100% campaign — which uses art projects to attract creatives to the climate fight — the organization produced Ain’t Your Mama’s Heatwave, a standup comedy special. The film features four Black comics from around the country who visited Norfolk, Virginia, in 2019 to learn about threats the coastal community faces and how flood risks, pollution, and extreme heat disproportionately impact communities of color.

As executive producer, Smith helped organize a showcase at the historic Attucks Theater, where the comedians performed to a packed house. The hour-long special captures the urgency of global warming and rising seas while providing an outlet for the insanity of it all: laughter. “Usually you buy your kids cars,” Kristin Sivills, a comic from Virginia Beach, told the audience. “I’m thinking about buying my boys a kayak. Can you imagine someone taking a kayak to a Shop-N-Go?”

Ain’t Your Mama’s Heatwave premiered last week at the virtual D.C. Environmental Film Festival and you can stream it for free until March 28. Here, Smith explains what on Earth could be funny about the climate crisis and why the environmental justice movement needs more “artivists.” 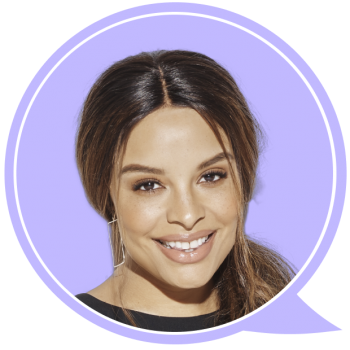 My entrance to the climate movement was singing on Heal Our Mother Earth (HOME), Hip Hop Caucus’s climate change album. When I went into the studio in 2014, Rev. Lennox Yearwood, the founder and president, sat me down and said, “Before you can sing this song, you have to know what’s happening.” All I knew about climate change was endangered polar bears and melting glaciers. It seemed so far away. Ain’t no polar bears in East Orange, New Jersey, so who cares?

But when Rev. Yearwood explained that the pollution causing climate change is killing people right now — predominantly people of color — I was blown away. That’s when I became an “artivist.” Since then, I’ve worked with Hip Hop Caucus to engage people in new and different ways. Science is the foundation of climate action, but it’s a little boring sometimes. It doesn’t move people. That’s why we use the arts to inspire, inform and grow the environmental justice movement.

We thought comedy would be a brilliant way to expand our arts initiatives beyond music. Comedians are gifted with the ability to make situations feel relatable, even for those who haven’t experienced them. We hope people watching at home will hear these jokes and be like, “Oh my God, yeah.” Environmental injustices are painful to talk about; obviously there’s nothing funny about death or suffering. But what’s so phenomenal about Ain’t Your Mama’s Heat Wave is we got to take Black pain and turn it into Black joy. We got to give our audience hope and make them laugh. The Bible says laughter is like medicine. In that hour we gave people a good dose of medicine and sent them away inspired to fight for their community and to fight for us all.

Keeping a spotlight on the community

Ain’t’ Your Mama’s Heatwave can appeal to anyone, but truthfully, it was about Norfolk and for Norfolk. We wanted the city to be in it. Through the youth groups we collaborated with, we found two young spoken-word poets to perform. They were powerful! At the end of the film, we feature some of the conversations we had with audience members after the show. Everybody we talked to was smiling and excited. They were ready to get to work.

Norfolk is pretty evenly split between Black and white communities, but the Black communities are on the front lines. They’re on track to become the next New Orleans, with rising sea levels that could turn into catastrophic flooding if a tropical storm hits. Ain’t Your Mama’s Heatwave is, in part, a warning. It’s telling the world, “Please help before it’s too late.”

We wanted to bring community members to the show just in case some people didn’t know what was going on. And for those who do, we wanted to give an extra oomph of inspiration, and to let them know that we have their back. And it was crucial to have elected officials in the audience, since it’s on them to start protecting their constituents. All of these groups, including entertainers, need to come together in order to win.

For anyone hoping to put on a similar show in their own community, my number one piece of advice is to get really funny, talented comedians. They don’t need to be versed on climate change in order to make a compelling climate show. It’s important to sit performers down, just like Rev. Yearwood did with me, and blow their minds with the truth. You may even recruit them into the movement long term. And they can incorporate that learning process into their set and make it even more relatable. The beginning of their joke could be, “Man, I didn’t even know this. Did y’all know?”

There are so many ways to attack the climate crisis, and I encourage people to tap into the power of comedy. Ain’t Your Mama’s Heat Wave has the potential to reach folks who otherwise shy away from the climate conversation because it’s too sad or scary. There’s a whole audience of people who love comedy and seek it out, and it’s those people I hope will watch this special and say, “Oh my God, I had no idea. What can I do? Let me get to it.”