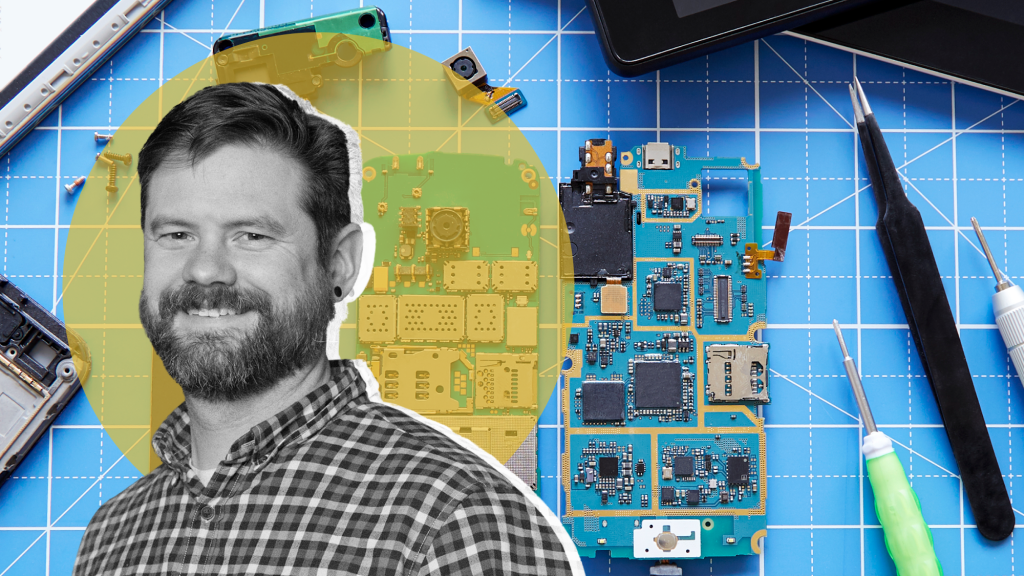 If every American extended the life of their cell phones by an average of just one year, the carbon savings would be akin to taking 636,000 cars off the road.

That’s according to a recent study by Nathan Proctor, who leads the right-to-repair campaign at the U.S. Public Interest Research Group. Proctor, a 2020 Grist 50 Fixer, is at the forefront of a growing movement of consumers, repair techs, mechanics, farmers, and others who want to fix their computers, cars, combines, and other things — but too often cannot thanks to restrictive user agreements, complex software, and proprietary tools.

Proctor says those barriers feed into our pervasive throwaway culture. When the battery in your phone can’t last more than a few hours or the hard drive in your laptop calls it quits, it often seems easier and more cost effective to invest in a new one rather than pay hundreds of dollars to refurbish it. That’s how thousands of kilotons of toxic e-waste end up in landfills worldwide. Holding on to your gear just a little longer could help the planet in other ways, too. Building and using smartphones, laptops, and televisions will, by one estimate, produce 8 percent of the world’s greenhouse gas emissions by 2025.

This goes beyond gadgets. Farmers often can’t tinker with their tractors and must pay dealerships to make repairs. Car owners and independent mechanics can’t access the data needed to diagnose problems and correct them. And even during the pandemic, overburdened hospitals have waited weeks to repair ventilators. Proctor is recruiting a coalition of stakeholders to raise awareness about their struggles and advocate for laws that will force companies to share the information and tools necessary for DIY fixes.

Fix talked to Proctor about his movement’s momentum, why he thinks right-to-repair is resonating across the political spectrum, and why mending your own stuff means reclaiming your freedom. His comments have been edited for length and clarity. 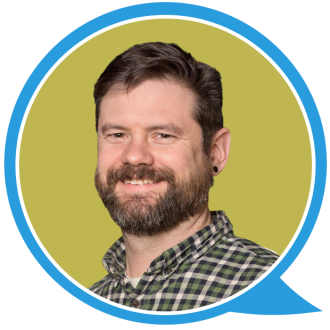 Right-to-repair is an idea whose time has come. Consumers understand that they pay more when they don’t have choices. You shouldn’t have to throw away an $800 phone because the battery is bad when you can fix that battery in six minutes with a $25 part. It’s just common sense.

The companies that make our stuff have gone too far, and their actions are mobilizing more people to fight back. Last month, Apple was fined $113 million by a group of state attorneys general for “batterygate,” the 2017 software update that throttled iPhone batteries and forced users to buy new models. John Deere has made headlines for restricting farmers’ ability to repair their own equipment. These incidents are infuriating the public and leading to antitrust action in countries around the world.

The Australian government just announced that it’s launching a right-to-repair task force. The European Union, Canada, and South Africa are building their own coalitions. Nine years ago, the Netherlands started holding free repair community events where people would get together with broken stuff and fix it. At the same time, a group in California, called the FixIt Clinic, formed with the same concept. Thousands and thousands of similar groups are popping up.

Not to be overly self-congratulatory, but I think that’s due in part to the fact that the U.S. Public Interest Research Group is running a good campaign. We’re working relentlessly to keep the conversation going, and we’re building a network of people with diverse political perspectives, from repair-shop owners to farmers. We recently recruited 500 biomedical repair technicians, people who work mostly in hospitals to fix ventilators, to challenge the fact that manufacturers are blocking repairs in the middle of a pandemic. That kind of organizing work gives you a basis to tell accurate, compelling stories about what is happening in the world.

Companies are changing their practices to try and head us off — and they wouldn’t do that if our movement wasn’t forcing their hand. Apple, for example, has an independent repair program now, which gives consumers a fraction of the freedom that comprehensive right-to-repair legislation would, to try to ameliorate their concerns. There’s an old saying in the labor movement: “First they laugh at you, then they ignore you, then they fight you, then you win.” But in my experience, after they fight you, they try to co-opt you, because they know that you’re close to winning.

Not bipartisan, but transpartisan

In November, Massachusetts passed a ballot measure that will force car companies to allow independent dealerships and mechanics to access repair data. That was a big victory — and even more legislation is in the pipeline. Thirty-two states have filed legislation related to right-to-repair. At the national level, New York Representative Yvette Clarke and Oregon Senator Ron Wyden filed a bill in August that would eliminate barriers to fixing ventilators and other medical equipment. My inbox constantly fills up with lawmakers trying to get their bills passed, and our legislative coalition grows exponentially every year.

I once worked with a Republican lawmaker who told me, “As a Libertarian, I think the sole role of government is to protect personal property. And companies are undermining property rights in this country.” Progressive Democrats, on the other hand, support the movement because electronic waste and the manufacturing of new products involves all kinds of harm to human rights and the environment.

If you like democracy and freedom, then you should like right-to-repair. I believe average citizens should have the power to fix things — not just because it’s their right, but because people are smart. We should make it easier for them to take matters into their own hands, for the sake of our collective future.