How to protest pipelines (safely) during the coronavirus era 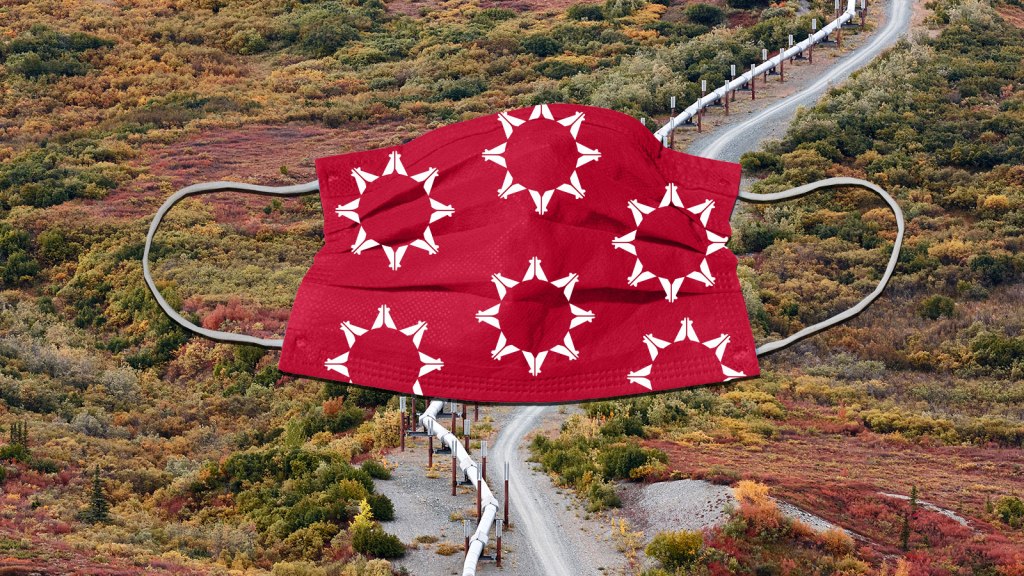 How to protest pipelines (safely) during the coronavirus era

Under the cover of coronavirus, federal and state governments have ramped up their attempted assault on environmental rights.

On March 26, the EPA made the perplexing announcement that it would respond to the novel coronavirus threat by temporarily relaxing enforcement of the country’s environmental protection laws. Earlier that same month, South Dakota’s governor, Republican Kristi Noem, signed a bill categorizing pipelines as “critical infrastructure,” which made tampering with them a felony offense. She also approved an anti-protest measure that designated a group of three or more people resisting oil construction or tampering with oil equipment as a riot — another felony.

As a citizen of the Oglala Lakota Nation and an advocate for Indigenous rights, I found these actions especially concerning. What do these environmental rollbacks say about the value the current administration places on Black, Brown, and Indigenous lives? Oil and gas infrastructure projects don’t just threaten tribal air, water, and soil, they also put Indigenous and rural communities at risk because of the pandemic and health crisis we currently face.

Tribal and rural areas are impacted by COVID-19 at higher rates than many urban areas. One potential reason is due to existing environmental inequities, such as air pollution. Not only does pipeline construction increase said pollution, but as with any fossil-fuel infrastructure project, pipelines are accompanied by man camps. These are sometimes small, sometimes large groups of itinerant oil workers from urban areas who can bring with them increased rates of drug and human trafficking, violence (including the epidemic of Missing and Murdered Indigenous Women), and, potentially, infectious disease like COVID-19.

It should be a no-brainer to halt these projects in light of our current health crisis. But instead, those of us whose homelands lie in the path of potential pipelines must work to protect our communities from both coronavirus and the oil industry. Both issues are very much matters of our survival.

So, like many advocates today, we find ourselves asking: What can we do? How do we effectively mobilize in these extraordinary times? Mass in-person mobilizations are not good for anyone right now — I didn’t think it needed to be said, but after seeing protestors take to state capitols to reopen the economy, it bears repeating that these gatherings definitely won’t help flatten the coronavirus curve, which in turn will not achieve the goal of more folks going back to work. That’s especially important to keep in mind in rural areas where health infrastructure can easily become overwhelmed due to limited staff and supplies.

In addition to activists applying continued political pressure on the governors of South Dakota, Nebraska, and Montana to stop all construction related to the Keystone XL pipeline and prevent man camps from being built, we also need to be shifting the narrative focus of the moment. Right now, many mainstream media outlets are too focused on President Trump’s shenanigans at the cost of opportunities to shine light on the damage that’s being done to our democracy via criminalizing peaceful protest and burying environmental comment periods in the news cycle. I would be interested to see the climate movement organize more public debates and create more analysis regarding what is happening to our political system during this global health crisis.

There is no doubt in my mind that we will look at our lives from this point forward as pre-pandemic and post-pandemic. The moment we are in is daunting and uncertain, but it is also full of opportunity to imagine and shape what the world we have been fighting for can look like. Even in these coronavirus-dominated times, climate action has taken on a political momentum like we haven’t seen in decades. Whereas some skeptics might have called the Green New Deal resolution too ambitious or costly just a few months ago, its scale is not so far beyond what the federal government has already promised to do to stimulate the economy out of a potential coronavirus recession.

And there has recently been good news on the pipeline front as well: On April 15, a federal judge ruled in favor of placing a temporary restraining order to immediately halt construction on the Keystone XL pipeline in Montana. And that’s just one of many environmental and climate battles ramping up and being fought across the country.

Some government officials seem to think the time is right to sneak polluting policies past our notice. They are wrong. Those of us who have been organizing and building momentum recognize that our work does not stop with social distancing. So as we grapple with how to navigate this pandemic — in an election year, no less — let’s strategize on how to use this moment to come out with the biggest mass voting of young people, of Indigenous peoples, of Black and Brown people, so that we can move our communities, our states, and our nation toward a new normal that honors the life and dignity of all.

Nick Tilsen is the founder, president, and CEO of NDN Collective, and a citizen of the Oglala Lakota Nation. He was named to the 2019 Grist 50. Follow his work at @ndncollective, and check out his recent interview with Grist founder Chip Giller.