Coronavirus has city dwellers heading for the hills. Here’s why they should stay put. 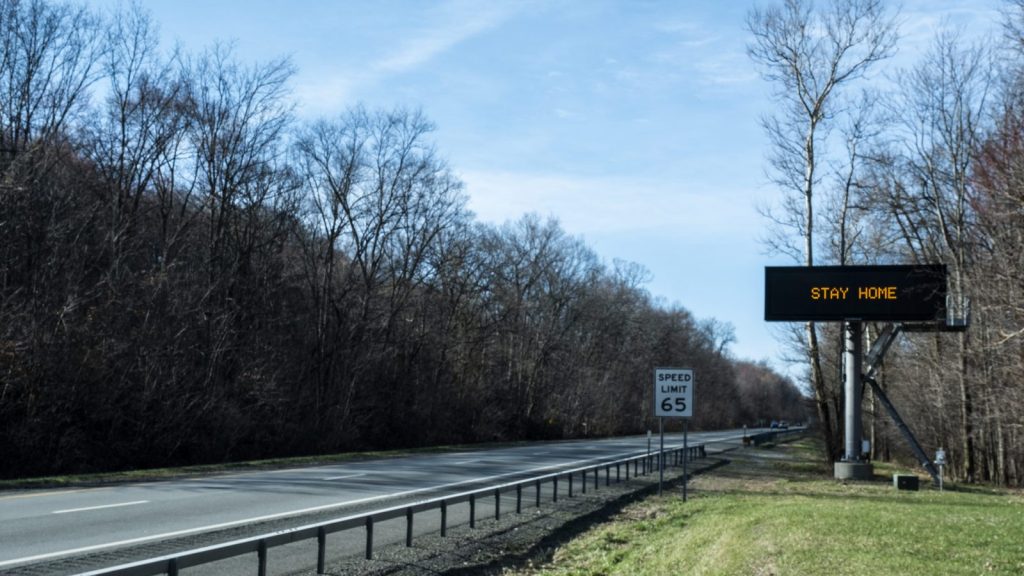 Coronavirus has city dwellers heading for the hills. Here’s why they should stay put.

In the beginning of March, as the first cases of COVID-19 were reported in New York City, Anne Hilton Purvis, a realtor with Coldwell Banker Village Green — a real estate company that serves Upstate New York — started getting calls from clients. They were looking for “a lot of short-term rentals — three months, six months, some people wanted to buy something cash,” she said. At first, Purvis, who is a family friend of this reporter, advised prospective buyers to reach out to Airbnb hosts who might be offering up longer stints instead of daily or weekly listings.

But as the state’s outbreak worsened, and the governor imposed restrictions culminating in a shutdown of the state’s nonessential businesses, she realized it was time to stop showing houses to urbanites trying to flee the big city. “In the short term, if we can follow the rules and stay where we are, that might make this thing not so prevalent,” she said.

Cities across the United States, and New York City especially, are dealing with explosive virus transmission rates and dwindling hospital resources. It makes sense that city dwellers are itching to flee urban areas: Density, as the New York Times recently reported, is the Big Apple’s Achilles’ heel in its fight to contain COVID-19. But there are a number of reasons why they should suppress that urge.

The suburbs and rural areas aren’t necessarily safer from coronavirus than cities are. While cities do have higher populations and higher levels of social contact, living in the suburbs or countryside still requires some contact with other people —which provides opportunities for the virus to spread. Epidemiological sparks in cities can migrate to the suburbs and beyond as people move around. So it’s not really a question of if coronavirus will start circulating in earnest in Upstate New York and other rural and suburban areas, but when. Once it does, rural Americans are at a disadvantage — they’re further from hospitals and have fewer medical resources available to them. Not to mention more than one in five older Americans, who are especially susceptible to coronavirus, live in rural areas. If you leave a city for the countryside, you’re putting them at risk.

A pandemic-fueled mass exodus out of cities doesn’t just potentially put a massive strain on suburban and rural resources, it also adds fuel to another looming crisis: climate change. Density is actually good for us when there isn’t a pandemic afoot (aka the vast majority of the time). It allows for robust mass transit networks, efficient housing, bike lanes, and foot traffic. All of that, in turn, is good for mitigating climate change.

It may sound counterintuitive, since cities have historically suffered from dangerous pollution problems, but city dwellers actually have smaller carbon footprints than folks living in rural places. One report found that average emissions in NYC were less than a third of the U.S. average, mostly because New York’s famously cramped apartments use less energy than the large houses enjoyed by other Americans and because New Yorkers use public transportation instead of driving everywhere. A different study found that the average Manhattan household produces 32 metric tons of carbon each year, while households in a nearby suburb produce 72.5 metric tons on average.

If that isn’t evidence enough to convince urbanites to resist the temptation to trade their tiny dwellings for a pastoral lifestyle, they should consider this: Singapore and Hong Kong, denser cities than New York, have been generally successful in containing the coronavirus thanks to early testing, dogged contact tracing, and mass compliance from its citizens. Much of America is under mandatory social distancing measures right now not because cities are inherently bad, but because the federal government handled the outbreak poorly and Americans are loath to give up their personal freedoms.

So if you’re a city dweller who cares about reducing the spread of COVID-19 and slowing down climate change, stay where you are. Purvis knows that’s not an easy pill to swallow. “We’re a country that doesn’t like to follow rules,” she said. “But the only way to make the virus go away and not hit so many people is if we do follow all of the rules.”