More than three years after Hurricane Maria devastated Puerto Rico and killed approximately 3,000 people, the island has yet to fully recover. Case in point: Nearly 27,000 homeowners have applied for federal aid to repair their homes, but a year and half after the program opened, not a single project had been completed.

It’s just one example of how aid to the commonwealth has been slow and insufficient. To many Puerto Ricans, Washington’s botched response is merely a continuation of the neglect they’ve experienced since becoming a U.S. colony in 1898. Despite their designation as American citizens, the island’s 3 million residents cannot vote in federal elections. And due to massive debt accrued after a long recession, officials have steadily gutted social services, leaving residents without a safety net. Poverty rates on the island hover around 40 percent, and around 200,000 people have fled since the storm.

Filmmaker Cecilia Aldarondo captured the aftermath of Hurricane Maria in Landfall, a documentary released last year. In making the film, Aldarondo, who was raised in central Florida as part of the Puerto Rican diaspora, didn’t just find evidence of local and federal government failure. She found Puerto Ricans helping Puerto Ricans through local, volunteer-run collection centers that distributed food, water and medical supplies — much of which was donated by people in the diaspora. “For too long, disaster recovery in Puerto Rico has been very top-down,” she says. “The conversation needs to be community-led, because that’s where the heroism lies: in communities, where people are saving one another.”

Aldarondo aims to elevate people leading grassroots recovery initiatives, from community kitchens to public art projects, while imagining a liberated and thriving Puerto Rico. In her view, Puerto Rico is a case study of how marginalized people can support one another in the face of climate disasters — and band together to seek justice.

Aldarondo is leading “Landfall: Puerto Rico as a Handbook for Our Times,” a virtual discussion series on her film and community rebuilding efforts in Puerto Rico; the series, which is free and open to the public, kicks off today and runs through May 27. (Grist and Fix are co-sponsors.)

Ahead of the event, Aldarondo and food-systems and sovereignty researcher Luis Alexis Rodríguez-Cruz, both members of Fix’s annual Grist 50 list of emerging climate leaders, joined two Landfall panelists to share their perspectives on how the rest of the world can support the people of Puerto Rico — and what we can learn from their approach to recovery. Their comments have been edited for length and clarity. 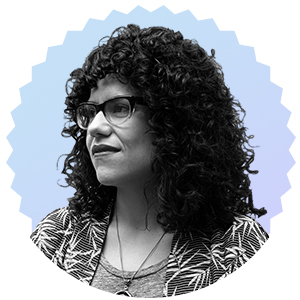 The media narrative around the aftermath of Hurricane Maria got it wrong. People in Puerto Rico were talked about as victims, as people to be pitied. The under-reported story was one of mutual aid and community care. The Landfall discussion series isn’t meant to single out one hero or case study, but to point to this collective effort, this movement of people across Puerto Rico who are done with top-down decision-making and are taking matters into their own hands. I will go to my grave saying, “Puerto Rico is setting an example for the world.”

Being on the island has taught me that the people doing climate work aren’t seeking resilience — they’re seeking liberation. They don’t want to talk about building sea walls; they want to talk about colonial reparations and how they can live the lives they deserve. Incredible things happen when people are thrown into crisis with one another, and people in Puerto Rico have come together to ask, “How can we build a world in which we don’t have to leave our home in order to live?” We should empower those people on the ground and let them set the agenda.

“Our first response should be financially resourcing grassroots organizations on the ground.” 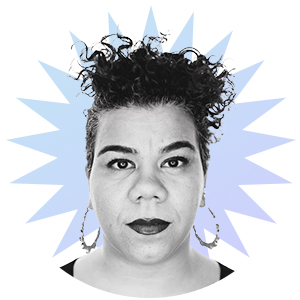 Puerto Ricans historically have been people who think of Mother Earth first. To this day, my mom doesn’t throw out anything that can be repurposed. When I talk to younger people, I ask, “Do you remember your dad using an aloe vera plant to ease your earache? Do you remember your mom saving oil in a Cafe Bustelo can? Or do you remember your aunt teaching you that you can grow another avocado from a pit?” That’s how I grew up: It was all about sustainability and passing down knowledge through generations.

Puerto Rico rarely gets covered in the mainstream media, which means that most people don’t know that about us. They also don’t know about the debt, that we are still treated like a colony. But young people are changing that. They’re using social media to tell their stories on their own terms. They’re drawing connections, from climate catastrophe to police brutality. They understand that violence is not just state-sanctioned violence — homelessness is violence, not having healthcare is violence, not having clean water is violence. The hurricane forced those conversations.

Every electrical grid we’ve had has massively failed. There was so much corruption after Hurricane Maria that power companies contracted to fix the grid pocketed billions of dollars and haven’t done anything for us. But there are organizations on this sun-soaked island that are realizing they can erect solar panels and make their own energy. Our first response should be financially resourcing grassroots organizations on the ground, because they know what’s best for their own communities.

“Those best equipped to recover were those armed with a strong social network.” 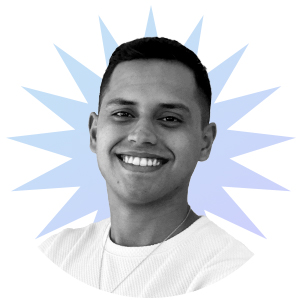 After Hurricane Maria, my fellow researchers and I interviewed 405 farmers in Puerto Rico. We found that those best equipped to recover were those armed with a strong social network. For example, there was a severe seed shortage after the storm. Instead of waiting for outside aid, farmers distributed seeds amongst themselves and started saving them. That led them to think more seriously about it and ask, “Well, where do we get our seeds? Who has control over them? How do we establish seed sovereignty?”

The hurricane made evident the capacity that Puerto Ricans, at the regional level, have to cooperate among themselves. Many farmers don’t have access to USDA programs, and even if they do, the programs do not meet their needs. Instead farmers are creating their own water supply by collecting rainwater. They’re sharing construction materials for rebuilding. They’re seizing vacant property and turning it into community gardens and cultural centers. In the process, they’re creating their idea of what Puerto Rico can and should be.

“Through destruction, there’s a path forward.” 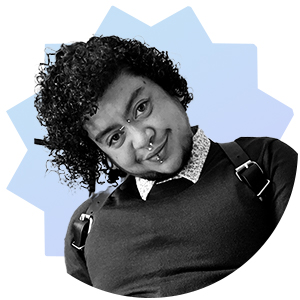 When you’re BIPOC, trans, queer, or lower-class, the marginalization you already experience is intensified by climate change. I am currently in school studying queer ecology, and I’ve been drawing a correlation between Big Ag’s destructive monoculture to society’s idea that there are only two genders and one kind of family. It’s really easy to see the way that state-sanctioned oppression is meant to kill individuals who don’t conform to the mainstream. Challenging that, as queer and trans folks in Puerto Rico do, is also a way to celebrate biodiversity and ensure that everyone can survive the climate crisis.

Along with other people from the diaspora, I formed the Cuir Kitchen Brigade in the wake of Hurricane Maria to support those trans and queer people in Puerto Rico. Now we’re continuing to support communities on the front lines of the climate crisis by providing food and teaching people to grow their own, in order to empower them to continue fighting for justice. Working with the land is incredibly healing, and I’ve found that people in Puerto Rico are returning to those practices in order to heal generational trauma. Despite being down on their luck, they still find joy in life. Through destruction, there’s a path forward that has allowed individuals to rebuild in the way that they want to live.

The Grist 50 recognizes emerging leaders in climate, sustainability, and equity — we call them Fixers — who are advancing new ideas and approaches to a better future.