Nathaniel Smith is passionate about many issues: racial equality; crafting equitable, people-centered policy; and not least of all, the American South. His work engaging and empowering communities, namely as founder and chief equity officer at the Partnership for Southern Equity (PSE), allows him a unique opportunity to pursue all of these things.

Smith, a 2018 Fixer, is known for big, bold visions, a trait he’ll surely bring to his new role as co-chair of the leadership council of Drawdown Georgia. The organization, which launched in October, will work with others statewide to cut Georgia’s carbon impact by at least one-third by 2030. While the plan is to support the development of 20 solutions — as chosen by academic partners Georgia Tech, Emory University, and the University of Georgia — what makes the initiative unique is its effort to “crowdsolve” their scaling via Groopit. Smith’s work with Drawdown Georgia will allow him to do what he does best: Collaborate with leaders from municipal government, businesses, and NGOs to cultivate support for these projects.

The South may loom large in the collective imagination as a conservative stronghold unwilling to change with the times — even if Georgia did go blue in the presidential election — but Smith sees it as “a place of resilience, of courage, of regeneration, and of change.” The region, he says, is at the center of a new civil rights movement that recognizes climate and equity are inextricably linked.

Fix sat down with Smith to talk about his long history of activism, what he’ll do at Drawdown Georgia, and why building real relationships with people is key to the process of empowering them. His comments have been edited for length and clarity.

On becoming an activist 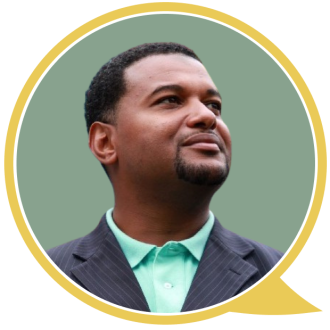 I didn’t really have a choice! I’m third-generation Atlantan, and my parents were involved in the civil rights movement. They had the honor of working under Martin Luther King Jr. and at the Southern Christian Leadership Conference. I’m also a graduate of Morehouse College, which is Dr. King’s alma mater. Joseph Lowery, C.T. Vivian, and John Lewis, three icons of the civil rights movement that we lost this past summer, played a major role in my development and in the shaping of my worldview and my deep belief in the power of policy and people. I really do consider my work a calling.

On centering racial equality and justice

I’ve always been committed to racial justice and to what Dr. King called the “Beloved Community”: a community where all people are valued and positioned to reach their full potential, and a place where we understand that we all are connected and have a shared destiny. These things have shaped my life. I founded the Partnership for Southern Equity to advance work in a number of areas like health equity and economic inclusion, but it’s really about advancing racial justice. You can’t get to climate remediation without understanding the role that justice must play in getting us there. In order for us to be in a position to lower our carbon emissions, we have to understand the equity implications of what needs to occur in Georgia.

On collaborating with Drawdown Georgia

Because of PSE’s work advancing a climate-justice movement in the South, Drawdown Georgia thought it would be great for me to co-chair its leadership council. Drawdown Georgia just had its formal kickoff around a month ago, so we haven’t gotten to a point where we’re developing a strategy, per se. What we’re doing is trying to get the facts as strong and tight as possible, then we’ll begin the process of bringing together leaders and people who represent all aspects of the state and developing an engagement approach.

The facts don’t necessarily dictate whether we’ll win the climate-change battle. We need to engage the community and make it plain why the Drawdown Georgia effort is important. Our perspective around crowdsolving is about working to ensure that the wisdom of all people is at the table when these solutions are being developed.

It all boils down to putting people at the center of the work and having racial equity at the center of the conversation. This can be realized in a number of ways. One example is the work that PSE is doing with Atlanta’s Department of Watershed Management, where we’re working on a green-infrastructure bond that will require local hiring for low-wealth communities and communities of color. We are also developing a resilience hub in the Atlanta University Center Consortium that will hopefully provide electricity to low-wealth, low-income residents and solar energy from microgrid technology, along with workforce-development opportunities. We’ve also organized the Just Energy Circle, a coalition of more than 22 organizations from around the state, to advance climate justice centered in racial equity.

On changing the system from within

In order to make institutional change, you must reach people who work within institutions. For us, it’s about connecting with people who are committed to living their values. Along the way, we’ve met many people who have worked inside of these institutions who are committed to equity, but they haven’t necessarily had the language or connections to get things done. And so it’s kind of moving beyond the issues and working to develop real relationships with people and inspire them to take a chance on a new way forward. And we’ve been really successful in doing it.