Scientists are among the few professionals who enjoy widespread public trust, which gives them the power to shape public opinion and influence government policy. Yet few of them are willing to speak out against the systemic inequalities that put people of color at greater risk to pandemics and the impacts of climate change.

Lucky Tran is determined to change that.

The biochemist and writer (and recent Grist 50 honoree) firmly believes that scientists have a moral obligation to join protests, endorse progressive policies and candidates, and even run for office. His campaign to enlist his peers in the fight for what’s right started in 2014, when he encouraged scientists to join the People’s Climate March. Three years later he used his organizing chops to help pull together the March for Science — a demonstration that saw 1.5 million in more than 600 towns and cities take to the streets to denounce the Trump administration’s attacks on truth and the lack of global action to address climate change. He continues to recruit members to an organization by the same name, which trains scientists and non-scientists alike to speak their minds on social media, contact their elected officials, and get involved in the push for change.

As a Malaysian refugee who grew up in Australia, Tran has always been vocal in his support for migrant rights and racial justice. But many of his colleagues are hesitant to speak out, he says, due to a deeply held belief that academia and activism should stay separate. To Tran, that narrative is dangerous in the face of overlapping global crises. America may once again have a president who listens to experts and believes in science, but inequity in vaccine access and empty climate promises from world leaders are just two reasons why there’s still plenty to protest.

With nearly 17,000 Twitter followers, Tran is also a pro at making science engaging and accessible to a wider audience, a skill he thinks other scientists could stand to learn. Fix talked to him about how academics can amplify the ways that science intersects with social injustice — and why it’s their responsibility to push for progress.

Why he says activism is a must 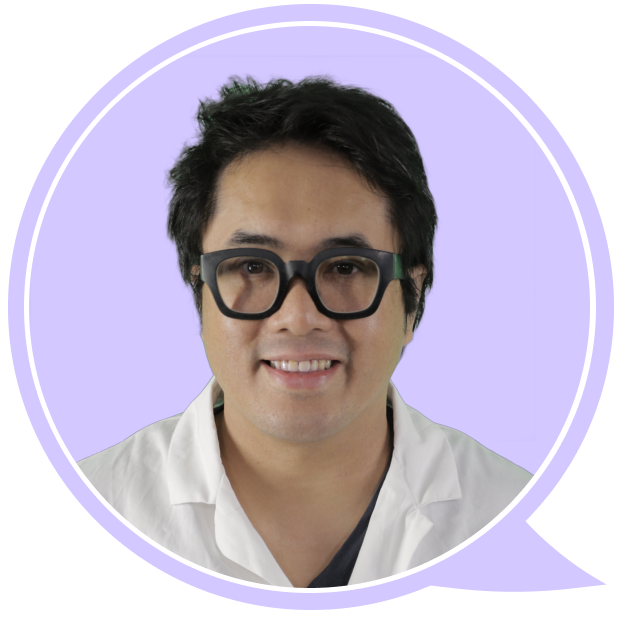 After I got my PhD at Cambridge, I went into science policy at the Royal Society in the United Kingdom. I was talking to members of Parliament and diplomats from around the world about climate change, water security, and agriculture. They all had a wonderful, in-depth understanding of the science, but there was a big gap between their interest and the policies they passed. A lot of representatives of oil-producing nations in the Persian Gulf region, for example, would claim to care about water security and climate change but would never back legislative action. That was when I realized that, as fantastic as it was doing the science and communicating it to policymakers, academics must shift the debate by becoming activists.

Busting the myth of separation

The view that science is not political is predominant. You have to look closer at why that is — what power structures are present in academia? For people who have been marginalized, political issues are their lived experience, not a debate. They don’t have the option of not being political. But academia is a privileged space, and it’s not diverse enough. That’s the main reason science and activism are separate — if more people from marginalized backgrounds had a place in academia, we’d be having more conversations about how science reflects and informs social issues.

We often see politicians using figures to get a point across, but they don’t provide the full context and end up creating a false narrative. Scientists worry that they will come across that way if they engage in politics. They’re also worried about partisanship because administrations change. To get funding, they must cooperate with whatever administration is in place. It calls to mind when, after being asked why he isn’t an activist, Michael Jordan said, “Republicans buy sneakers, too.” That’s a harmful narrative, because science exists to serve people, particularly the most vulnerable. Plus, their concerns about partisanship are unfounded — even under the Trump administration, science budgets increased.

People talk about science as if it’s just the process of finding new knowledge. But science is an ecosystem: it’s the ideas, the people, and the ways their findings interact with society. People who argue that science shouldn’t be political are not being honest about their intentions. They don’t want to avoid bias — they want to preserve the status quo.

On how far the movement has come

It’s really remarkable what March for Science has achieved as a decentralized movement over the past four years. In the last presidential election, every debate treated science as a key topic, whether the candidates were talking about the pandemic or climate change. Science journals like Nature, Science, New England Journal of Medicine, and Scientific American endorsed a presidential candidate.

Many people who went to the March for Science have changed their careers to work in science policy or communication. Others started protest movements and nonprofits of their own. We’ve also seen a growing number of scientists run for office — and win. The ongoing work is more than organizing big marches. You want people to connect, get inspired, and do amazing work in their fields. March for Science is working to keep that solidarity strong.

How he thinks scientists can be better advocates

A lot of academics think that if we just provide people with enough facts, they’ll change their minds. But science is about values too. It’s crucial to understand what people care about. When you’re talking about climate change, you should talk about jobs and healthcare — those are things that greatly affect people’s day-to-day lives. You’ve also got to have message discipline, which means narrowing down the change you’re seeking and making sure you keep repeating it.

But as important as it is to turn scientists into advocates, it’s also crucial to support those already doing the work. Academia rewards people who keep their heads down and publish papers, but it needs to provide more financial support and training to scientists from underrepresented backgrounds who are using their research to push for change. There also needs to be more support for grassroots groups outside of traditional institutions, like the March for Science, 500 Women Scientists, and the #BLACKandSTEM movement. You can’t create social change without representing the voices of those most impacted. Scientists need to break out of their ivory towers and pass the mic to people organizing in affected communities.

The annual Grist 50 list recognizes emerging leaders in climate, sustainability, and equity — we call them Fixers — who are advancing new ideas and approaches to a better future.