About a decade ago, Miguel Torres planted 104 hectares of pinot noir grapes in the Spanish Pyrenees, 3,300 feet above sea level. It’s cold up there and not much good for grapes — at least not these days. But Torres, the head of one of Spain’s foremost wine families, knows that the climate is changing.

His company’s scientists reckon that the Rioja wine region could be unviable within 40 to 70 years, as temperatures increase and Europe’s wine belt moves north by up to 25 miles per decade. Other winemakers are talking about growing grapes as far north as Scandinavia and southern England.

Torres’ Pyrenees vineyards are a hedge and may not be necessary. But if climate change redraws the map of Europe’s wine world, he will be prepared. And his company will be one of a very few taking steps to adapt to the future effects of climate change.

How companies are preparing for these changes is a pressing topic, but when I agreed to write this piece I knew I was no expert. I set out to educate myself by posting open requests on my finance blog at Reuters, asking my eager-to-comment audience of business wonks to tell me stories of how big corporations are getting ready.

The idea was that my readers and other bloggers would cheerfully provide me with examples of how companies are preparing for the downsides — not to mention the opportunities — of climate change. I braced myself for the inevitable barrage of responses; what I got was a shocking lack of evidence that the corporate sector is doing much of anything.

Most companies seem to focus solely on mitigating changes to the climate: reducing carbon emissions, improving environmental sustainability, and striving to be an enlightened steward of the planet. Adaptation is the opposite, more pessimistic approach: It is about ensuring survival in the exceedingly likely event that climate change occurs.

The U.S. government is trying to create incentives for businesses and their investors to plan ahead. Newly issued SEC regulations mandate that any material risk connected to climate change has to be revealed, in an attempt to bring these issues out into the open and to allow investors to compare the ways that companies see climate risks and adapt their strategies accordingly.

There are, to be sure, a few examples of corporations that are treating climate change as an ominous reality, or even as an opportunity. The biggest funders of Brazilian agricultural projects, state-owned banks BNDES and Banco do Brasil, are looking carefully at whether it makes sense to support projects which might not be viable in 20 or 30 years’ time. Agribusiness giants like Cargill and Monsanto are developing hardier crops, global shipping firms are planning for an ice-free Arctic passage [Clive link TK], and power company TransAlta has scrapped potential new plants in the American West because it couldn’t ensure that water rights would be available for the next 40 years.

But those are at the margins. In the mainstream business world, climate change adaptation strategies are scant. The reasons for inaction are sometimes simple, but also counter-intuitively complex.

Start with the superficial: Adaptation strategies have essentially zero PR value. They have nothing to do with saving the planet. Instead, they’re all about trying to thrive if and when the planet starts to fall apart. That’s not something any savvy company wants to trumpet to the world.

Then there is the mismatch of time horizons. Climate change takes place over decades, and corporate timescales generally max out in the five to seven year range. Businesses typically won’t spend significant money planning beyond that period, especially because the effects on business models and future profitability are so difficult to predict.

It’s easy to talk about how hotel companies with coastal property might have to face more hurricanes, or rising sea levels. But it’s quite hard to know what is going to happen to any given beachfront resort with a sufficiently high degree of certainty. Given the enormous amount of variability in any complex model, if a company spent a lot of money carefully mitigating the risk of X, it could end up getting blindsided by Y instead.

“There are very difficult models to develop, with more rain here, less rain there,” says Andy Hoffman, associate director of the Erb Institute for Global Sustainable Enterprise at the University of Michigan.

Finally, even if the effects of climate change are foreseeable, they can be impossible to hedge.

Say you’re an electronics manufacturer who is pretty sure that climate change is going to wallop Bolivia, resulting in political unrest and a spike in the price of lithium. All your devices run on lithium batteries, so this is a serious risk, but it’s far from obvious what you can do about it. It’s silly to start stockpiling lithium, and you can’t even bet on rising lithium prices 10 years from now, since it’s not a metal that is heavily traded in the futures markets. Essentially all that you can do is be very clear about the risk in your SEC filings, and go about your business as normal. And identifying a risk is not the same thing as being able to negate it.

A classic business hedging strategy is to buy insurance. Reinsurance companies have expensive and sophisticated climate-change models. Pricing such risk is what they do. In many cases, they will make more money as the effects of climate change become increasingly visible and expensive, since they’ll simply raise premiums on everybody while refusing to insure the most vulnerable at any price.

But insurance doesn’t work very well as an adaptation strategy. Policies only last for one year, or at most two. The insurance companies don’t need to charge higher rates now if they see big and nasty things happening to the global climate in 20 years’ time — they can continue more or less as they are for the time being. It’s easy to forget that if you’re simply renewing an insurance policy every year: the existence of the insurance market gives companies a sense of false security that their risks are hedged.

To put it another way, insurance is a highly imperfect hedge for climate change, because it can go away or rise in cost very suddenly. After the Bhopal disaster in 1984, pollution liability insurance first disappeared entirely, and then, when it came back, cost ten times as much. The risk of rising insurance costs — or insurance becoming impossible to buy at any price — is something so inherently difficult to protect against, most companies don’t even bother trying.

The behavioral economist Dan Ariely, author of “Predictably Irrational,” likes to say that climate change is a problem that is perfectly designed to make people do nothing: It happens far in the future; its effects will be felt most greatly by other people; and the efforts of any one individual are minuscule.

Companies too tend to behave in predictably irrational ways. Executives should try to imagine their companies 30 years down the line, struggling with the deleterious effects of climate change on profitability and corporate survival. But they don’t. That’s a job for the next CEO’s successor’s successor. Right now there are a million other things that seem much more urgent, starting with this quarter’s earnings.

If Congress and the president fail to tackle global warming, can courts step in? Can federal judges allow people struggling with the losses of global warming to sue polluters directly? The idea may at first seem crazy. In a legal … 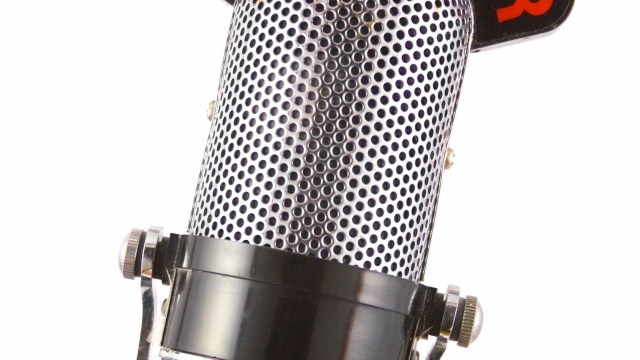 Will an SEC ruling convert short-term greed into long-term sustainability? [UPDATED WITH TRANSCRIPT]

I know. I know. Securities and Exchange Commission: zzzzzzzzzzzzzzzzzzzzzzz. But the SEC did something sort of landmark last January: in a 3-2 vote, commissioners approved guidelines that urge companies to regularly disclose climate change-related risks (and opportunities) to investors. If …
See all articles in this series