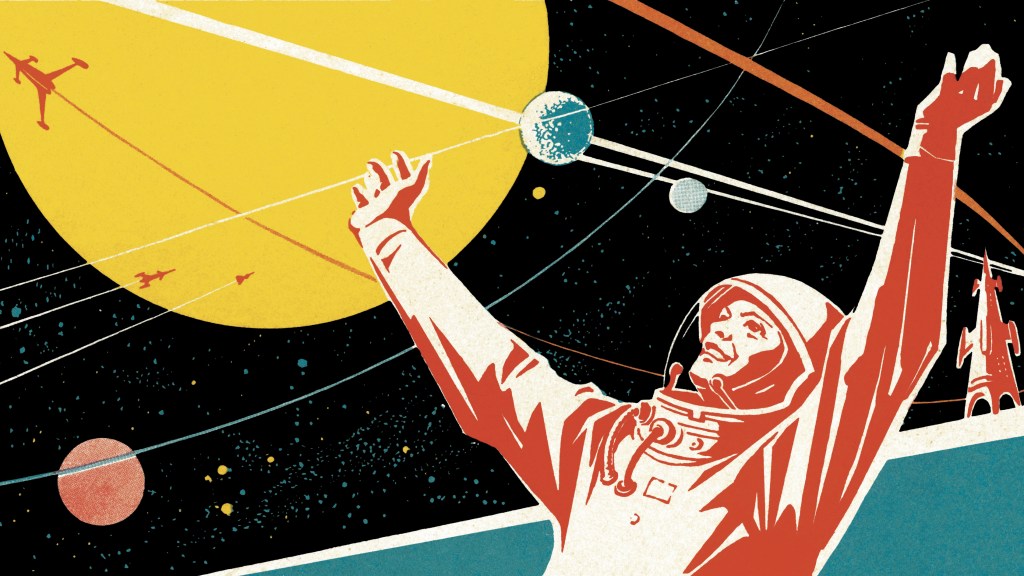 The latest news about climate change got you in an existential spiral? Did you just finish all 322 pages of David Wallace-Wells’ best-selling nightmare scenario The Uninhabitable Earth? Get out of the fetal position and read on!

A couple of weeks ago, I wrote a story about how science fiction could help solve climate change. But I felt a little bad that I didn’t provide more examples of climate fiction, or cli-fi, that imagined a positive future. Hey everyone, this tough-to-find subsection of a subgenre might make you feel way better about everything! Good luck! Bye!

So we asked you to tell us about your favorite optimistic cli-fi, and you delivered.

We got plenty of messages about the genre’s most celebrated books, like Kim Stanley Robinson’s New York 2140, Ernest Callenbach’s Ecotopia, Barbara Kingsolver’s Flight Behavior, and Alan Weisman’s The World Without Us (in which Earth’s time to shine comes via total human extermination… um, yay?).

But we gravitated toward the weirder, harder-to-find suggestions (shocking, right?), like a podcast full of space pirates, a hilarious book about a glam-rock band, and a total Hollywood flop. None of it is boundlessly optimistic. And some of it might not even really count as climate fiction! But it’s got the potential to pull you out of that slump, and give you some ideas about how we might get to a better future.

Here are some other completely unvetted reader suggestions. We hope they’re good!