Prepare yourself for grisly descriptions of how the body breaks down in overwhelming heat, predictions of prehistoric plagues springing back to life beneath melting permafrost, and the possibility of an economic collapse several times worse than the Great Depression.

David Wallace-Wells’ dystopian vision of where we’re headed is guaranteed to scare the bejesus out of readers of his new book, The Uninhabitable Earth. Some will surely have to look away. Wallace-Wells, perhaps surprisingly, seems OK with that. More than a hundred pages in, he writes, “If you have made it this far, you are a brave reader.” 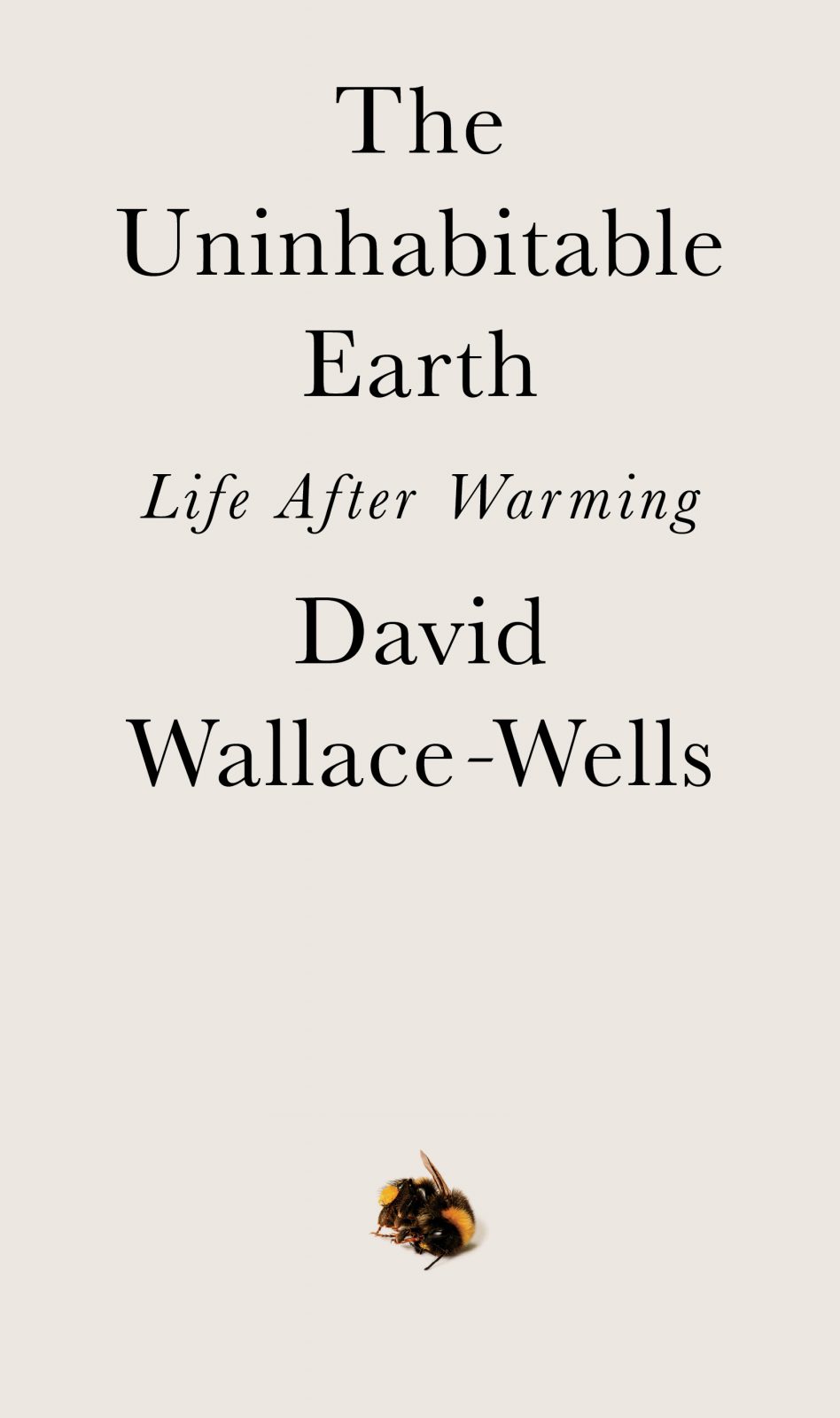 Based on the viral New York Magazine article that portrayed out a hellish future for humanity, the 230-page book is an immersion in seemingly all of the worst-case climate scenarios. It’s terrifying. The point is to get readers to confront “the scarier implications of the science,” Wallace-Wells told me an in email. More terrifying still: There are scarier scenarios that he didn’t touch.

When his original magazine article came out in 2017, science communicators and climatologists like Michael Mann criticized it for being “overly bleak.” Wallace-Wells argues that our dire situation merits an array of storytelling approaches, including ones that embrace the worst possibilities.

“[T]here is no single way to best tell the story of climate change, no single rhetorical approach likely to work on a given audience, and none too dangerous to try,” he writes in the new book. “Any story that sticks is a good one.”

Probably to distance myself from the book’s intentionally upsetting depictions of our predicament, I started writing down all the new words and phrases I encountered while reading it. (Yes, Grist writers have coping mechanisms, too.) Almost every page unveiled a term that would be new to the general public, like “forest dieback,” for when a bunch of trees suddenly die, or “hothouse,” which is actually a nicer way of saying hell on Earth.

The book unfolded much like Lemony Snicket’s A Series of Unfortunate Events, a childhood favorite of mine: You knew from the start that the outcome would be unpleasant, but you were guaranteed to learn a few vocabulary words along the way.

So for those too afraid to read it, I picked out a few of the terms likely to stick around. To find out the meaning of “airpocalypse,” “designer climates,” and more, read on: You might just learn some of the most fascinating concepts from the book.

Wallace-Wells coined a few of the words but most aren’t brand new. They’re borrowed from scientists and journalists. “To get a whole new language of climate change doesn’t require a Shakespeare,” he wrote in his email, “just someone who’s very thoroughly cutting and pasting the news” from Twitter.

A catchy word that captures your attention can spread a message farther than, say, “air quality index.” Such is the case for “airpocalypse,” a word that’s been used to describe bouts of noxious air choking cities in China and India. Wallace-Wells described it to me as “a kind of pop-journalism phrase in the spirit of ‘Snowzilla.’” Or the “slushpocalypse” in Seattle.

Air pollution was responsible for 9 million deaths worldwide in 2015, according to a recent report from The Lancet. And it’s likely messing with everyone’s brains, too. Oxygen rates tend to decline as more carbon enters the atmosphere. If atmospheric carbon levels doubled to 930 parts per million, the reduced oxygen in the air could shrink general cognitive ability by 21 percent. 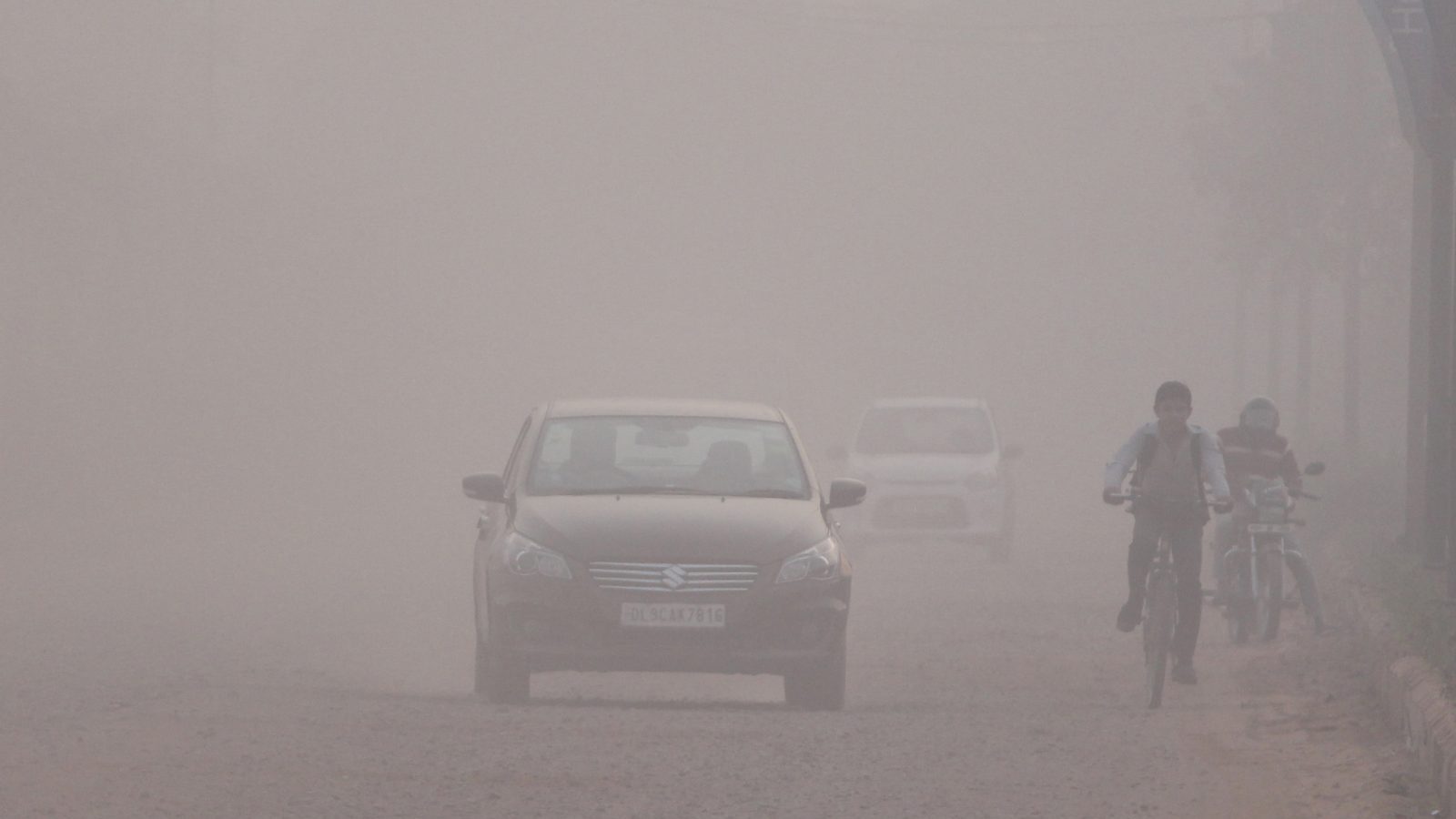 “The world of two degrees seems nightmarish — and the world of three degrees, and four, and five yet more grotesque,” Wallace-Wells writes. But rather than descend into despair, it’s probable that people will “normalize climate suffering at the same pace we accelerate it” and find ways to “engineer new indifference.” (Feeling apathetic? We’ve got just the cure for you: a 21-day apathy detox.)

It’s well-established that climate change tends to hit the poor and communities of color the hardest. “This is what is often called the problem of environmental justice; a sharper, less gauzy phrase would be ‘climate caste system,’” Wallace-Wells writes.

As ocean waters warm up, stressed-out corals expel algae from their tissues, shedding their color and their main source of food. It’s called “coral bleaching.” Wallace-Wells recast the term as “coral dying.” According to the World Resources Institute, the double whammy of warming and ocean acidification will endanger 90 percent of the planet’s reefs by 2030.

“[Y]ou can read right past phrases like ‘environmental justice’ and ‘coral bleaching’ without really feeling the impact of what they imply — both of them quite horrifying,” Wallace-Wells said in the email. “Phrases like ‘climate caste system’ and ‘coral dying’ are a little harder to look away from, I think.”

Someday soon, geoengineers may not be satisfied with reflecting the sun’s rays to stabilize the planet’s temperature. Maybe they’ll remake local climates to help a certain reef system survive global warming, for instance. These interventions, which are  decades away, could reach a micro scale, “down to particular farms or soccer stadiums or beach resorts,” he writes. If it sounds like the premise of a cli-fi novel, that’s no coincidence. “I wanted to be sure to highlight the drama of what is contained in the science, whenever I can,” he said.

One of the many weird side effects of having more CO2 in the atmosphere is that it makes our crops less nutritious and more like junk food. Higher CO2 levels mean bigger, more sugary plants, and less protein, calcium, iron, and vitamin C in every bite we take of them. There are more than a billion people who experience “hidden hunger” — not starvation, but a lack of nutrients — and climate change could make that much worse. The health of 600 million people could be at risk from the nutrient collapse of rice. And that’s just one crop. 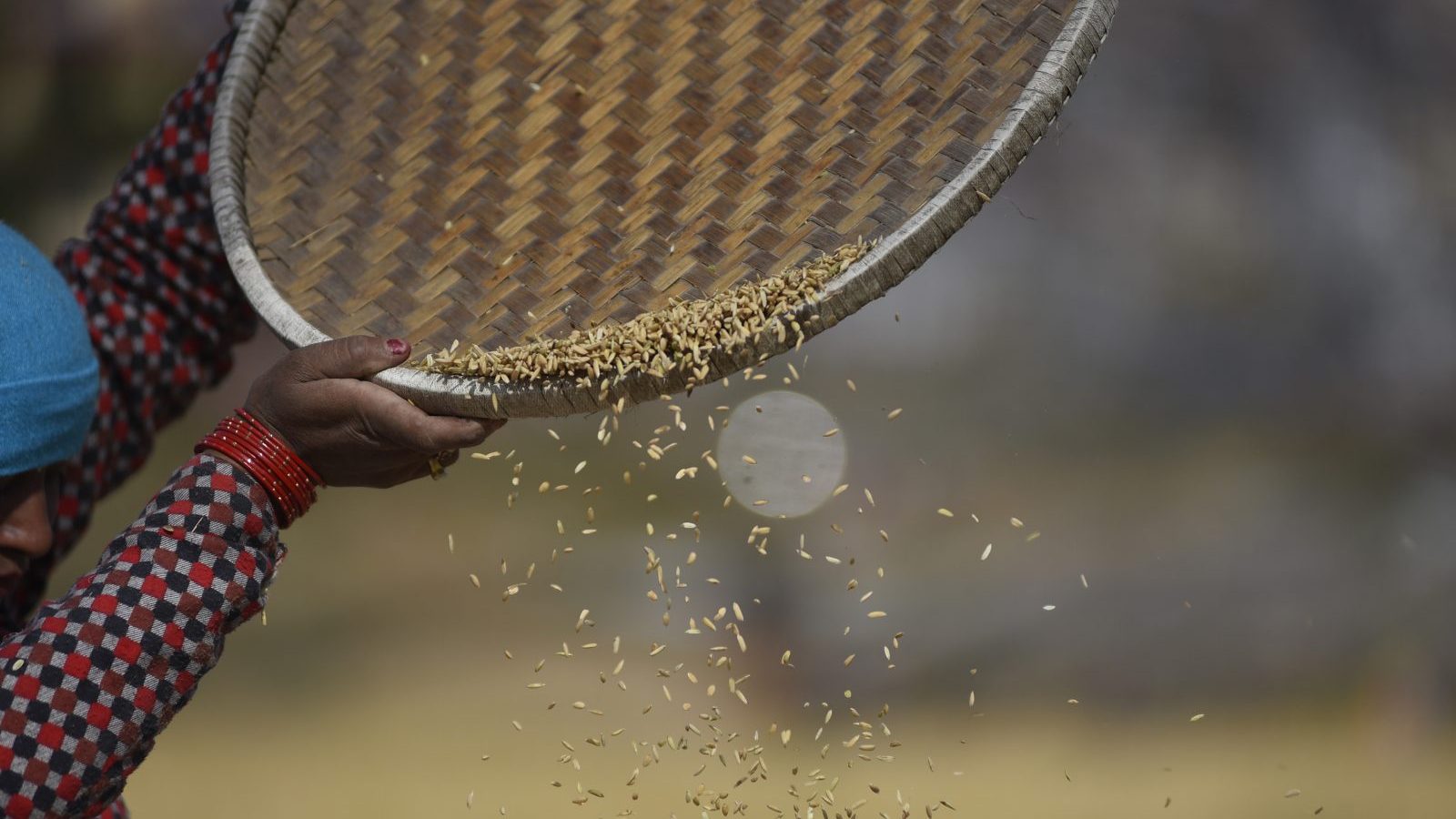 Sunny-day flooding. When high tide creeps into town without the help of a rainstorm.

Seas are rising much faster along the East Coast than the global average, and floods are inundating low-lying cities like Miami on clear-weather days. “Sunny-day flooding,” a phrase coined by scientists, wasn’t supposed to happen until decades from now under most sea-level rise projections, Yale Environment 360 reported.

If all the glaciers on Earth melted, we could ultimately see 260 feet of sea-level rise, according to the U.S. Geological Survey. It would take centuries or millennia to get there — again, we’re talking about the “long thaw” — but that water would totally reshape the world’s coasts. For perspective, Wallace-Wells noted, some 600 million people live within 30 feet of the sea level.

Wet-bulb temperature. A method to measure heat and humidity together.

To determine wet-bulb temperature, you put a thermometer in a damp sock and swing it through the air. Why on earth would you do this? Well, many temperature projections leave out humidity, which can magnify the dangers of heat. And dangerous it is. With 5 degrees C of warming (9 degrees F), whole swaths of the globe would be “literally unsurvivable for humans.”

Sure, the science is complicated, and that’s part of the reason why the text is peppered with unfamiliar words. There’s another reason, though: Wallace-Wells wanted to create “a whole new way of thinking about climate,” and language is part of that. We’re headed to a world full of new, terrifying questions that our existing lexicon just doesn’t cover.