The Arctic's ticking 'carbon bomb' could blow up the Paris Agreement 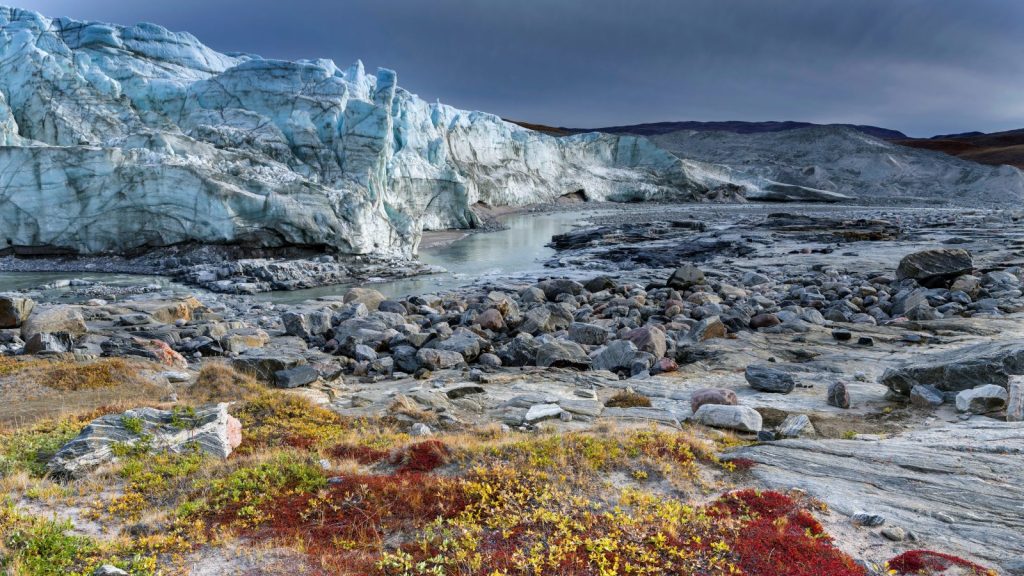 Even in a dream-come-true scenario where we manage to stop all the world’s carbon emissions overnight, the Arctic would inevitably get hotter and hotter. That’s according to a new report by U.N. Environment, which says the the region is already “locked in” to wintertime warming of 4 to 5 degrees C (7.2 to 9 degrees F) over temperatures of the late 1900s.

The report, released at the U.N. Environment conference in Kenya on Wednesday, says that the Arctic is warming twice as fast as the planetary average, and models show that it’s on track to become ice-free during the summer as soon as 2030.

That’s the bad news. So here’s even worse news. The Arctic contains much of the world’s permafrost, which holds what the report calls a “sleeping giant” made of greenhouse gases. As the ground warms, the microbes in the soil wake up and start belching greenhouse gases. Estimates vary, but the report says 1.5 trillion tons of carbon dioxide lurk beneath the Earth’s permafrost. That’s more than 40 times as much CO2 as humans released into the atmosphere last year, and double the amount of the gas in the atmosphere today.

If that permafrost stayed permanently frozen, as the word itself suggests it should, we could continue worrying about other stuff. But researchers expect Arctic permafrost to shrink 45 percent compared to today. Unleashing that stored-up carbon dioxide and methane would obviously “derail efforts” to limit warming to 2 degrees C (3.6CK degrees F) as outlined in the Paris Agreement, the report says. But then again, it would derail pretty much everything.

“New evidence suggests that permafrost is thawing much faster than previously thought, with consequences not just for Arctic peoples and ecosystems, but for the planet as a whole because of feedback loops,” the report states.

This is one of the runaway warming scenarios, often called the “carbon bomb” or “methane bomb.” (Permafrost holds both greenhouse gases.) Unlike a real bomb, however, it wouldn’t explode all at once. And at least one recent study suggests that we still have time to defuse it.

Within the Arctic, the soil formerly known as permafrost — let’s call it “meltafrost” — could pose a danger to 70 percent of current infrastructure by 2050, as well as the region’s 4 million inhabitants, 10 percent of whom are indigenous. Recent studies have shown that permafrost thaw could cause houses to collapse, lead to uneven roads, and threaten important cultural and archaeological sites.

The North Pole runs warmer than the rest of the planet because of a phenomenon called “Arctic amplification” — basically a region-specific term for feedback loops. “[W]hen sea ice melts in the summer, it opens up dark areas of water that absorb more heat from the sun, which in turn melts more ice,” the report explains.

These rapid changes in the Arctic might seem far away, but you will feel them, too. For those of you on the coasts, keep in mind that the melting of Arctic glaciers and Greenland’s ice sheet makes up a third of sea-level rise around the globe. Rising seas will wreak havoc in coastal regions as they deal with flooding, damaged buildings, and the saltwater contamination of drinking water sources.

And for those further inland, there’s the wild weather. The melting of the Arctic causes changes in the jet stream and disrupts weather patterns much further south. It’s been linked to worsening drought across the western United States, stalled hurricanes in the East, and the polar vortex that occasionally dips down over North America to turn us all into popsicles.