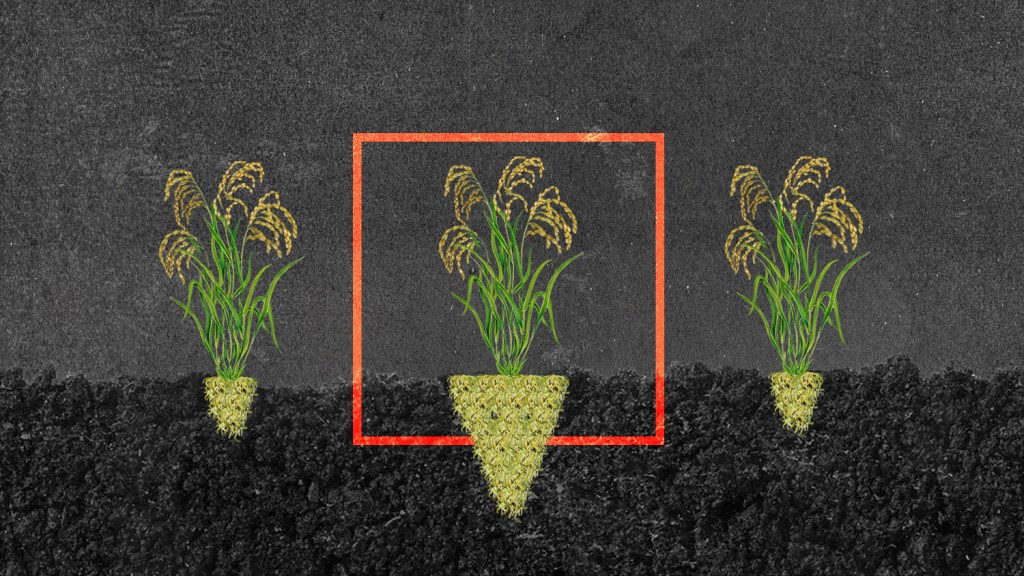 What Jonathan Sanderman really wanted was some old dirt. He called everyone he could think of who might know where he could get some. He emailed colleagues and read through old studies looking for clues, but he kept coming up empty.

Sanderman was looking for old dirt because it would let him test a plan to save the world. Soil scientists had been talking about this idea for decades: farmers could turn their fields into giant greenhouse gas sponges, potentially offsetting as much as 15 percent of global fossil fuel emissions a year, simply by coaxing crops to suck more CO2 out of the air.

There was one big problem with this idea: It could backfire. When plants absorb CO2 they either turn it into food or stash it in the ground. The risk is that if you treat farms as carbon banks, it could lead to smaller harvests, which would spur farmers to plow more land and pump more carbon into the air than before.

Back in 2011, when Sanderman was working as a soil scientist in Australia (he’s now at Woods Hole Research Center in Massachusetts), he’d figured out a way to test if it was possible to produce bumper crops on a piece of land while also banking carbon in it. But first, he needed to get his hands on that really old dirt.

Specifically, he needed to find a farm that kept decades of soil samples and precise records of its yields. That way he could compare the amount of carbon in the soil with the harvest and see if storing carbon kneecapped production.

Sanderman’s office was in the southern city of Adelaide, directly across the street from the Waite Agricultural Research Institute. The researchers there supposedly had the soil and records that Sanderman needed, dating back to 1925. But no one had any idea where to find the dirt. After numerous dead ends, a chain of clues led Sanderman into the basement of a big research building down the road, covered in greenhouses.

The basement was a big, dimly lit room full of floor-to-ceiling shelves crammed with boxes in various stages of disarray. He walked the rows slowly, scanning up and down until they were in front of his nose: scores of gallon jars made of thick, leaded glass with yellowing labels. “Like something you’d find in a second-hand store and put on your shelf,” Sanderman says.

He felt a rush of excitement. Then he squinted at the labels. There were no dates or locations. Instead, each bore a single series of numbers. It was a code, and Sanderman had no clue how to crack it.

The question that Sanderman wanted to answer was laid out by the Canadian soil scientist Henry Janzen. In 2006, Janzen published a paper, “The soil carbon dilemma: Shall we hoard it or use it?” Janzen pointed out that since the dawn of agriculture, farmers have been breeding crops that suck carbon out of the air and put it on our plates, rather than leaving it behind in the soil.

“Grain is 45 percent carbon by weight,” Janzen told me. “So when you truck away a load of grain, you are exporting carbon which, in a natural system, would have mostly returned to the soil.”

Janzen has the rare ability to explain complicated things with such clarity that, when talking to him, you may catch yourself struck with wonder at an utterly new glimpse of how the world works. Plants, he explained, perform a kind of alchemy. They combine air, water, and the sun’s fire to make food. And this alchemical combination that we call food is, in fact, a battery — a molecular trap for the sun’s energy made of broken-down CO2 and H2O (you know, air and water).

Sugars are the simplest batteries. And sugars are also the building blocks for fat and fiber, which are just bigger, more complicated batteries. Ferns, trees, and reeds are the sum of those parts. Bury these batteries for thousands of years under conditions of immense heat and pressure, and they transform again — still carrying the sun’s energy — into coal, oil, and gas. 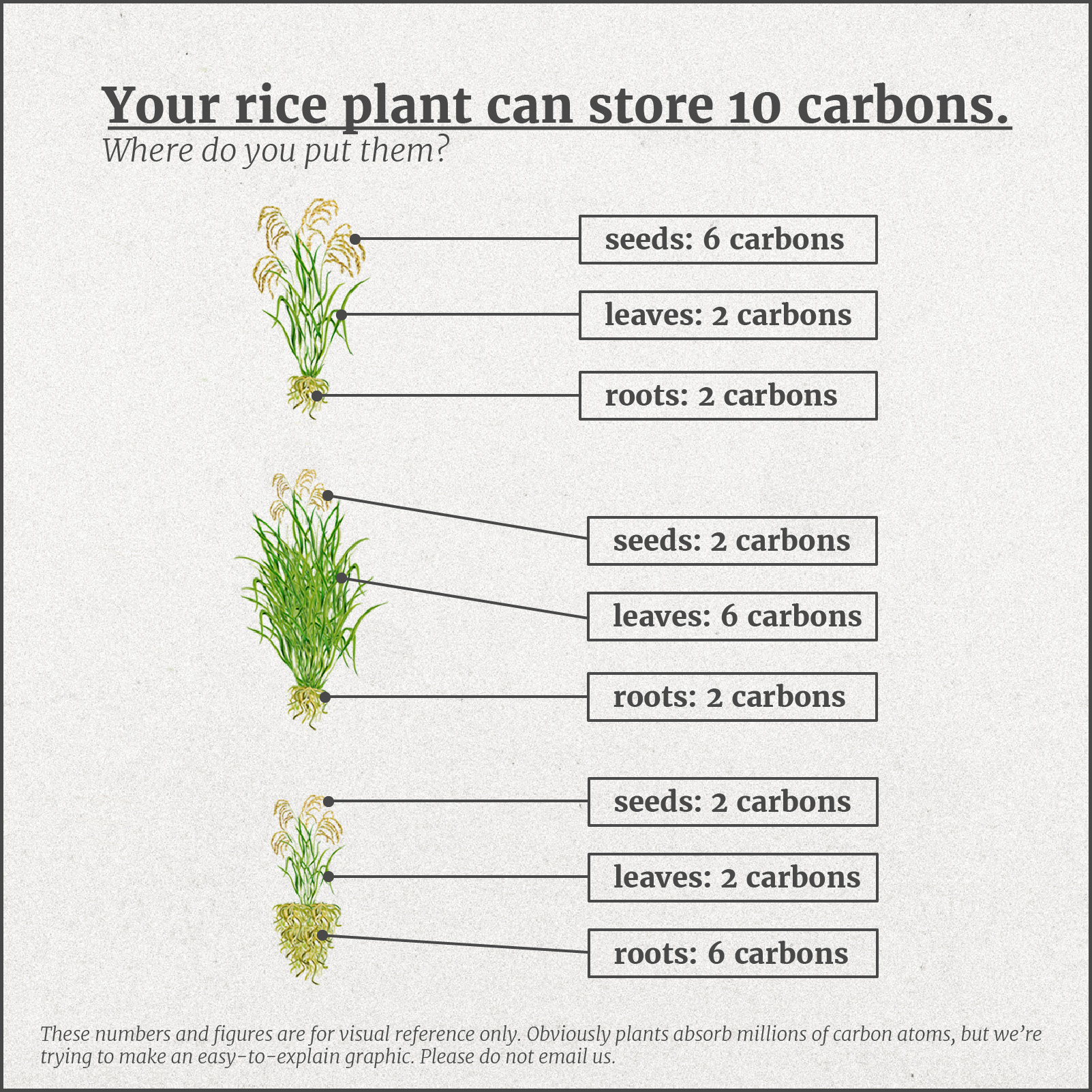 To feed our growing population, we keep extracting more and more carbon from farms to deliver solar energy to our bodies. Janzen pointed out that we’ve bred crops to grow bigger seeds (the parts we eat) and smaller roots and stems (the parts that stay on the farm). All of this diverts carbon to our bellies that would otherwise go into the ground. This leads to what Janzen dubbed the soil carbon dilemma: Can we both increase soil carbon and increase harvests? Or do we have to pick one at the expense of the other?

Sanderman thought he could help answer those questions if he could crack the codes on those glass bottles. But the codes on the labels didn’t line up with the notes that Waite researchers had made. After a flurry of anguished emails, Sanderman tracked down a technician who had worked at Waite 25 years earlier, and she showed him how to decode the numbers. Finally, after a year of detective work, he could run his tests.

In January, Sanderman and his colleagues published their results. Carbon wasn’t simply going into the ground and staying there, they found; it was getting chewed up by microbes and floating into the air again. Fields with the biggest harvests had the most carbon turnover: more microbes chewing, while carbon gas streamed out of the soil.

Bizarrely enough, these same fields with the biggest harvests also had the most carbon in their soils. How could this be?

To answer that, it helps to think of carbon like money. We have an impulse to hide our savings under a mattress. But if you want more money, you have to invest it.

It’s the same with carbon. Life on earth is an economy that runs on carbon — the conduit for the sun’s energy. You have to keep it working and moving if you want your deposits to grow. The more busily plants and microbes trade carbon molecules, the more prosperous the ecological economy becomes.

That’s the key — you’ve got to use carbon to store carbon. By amping up harvest and turning up the volume on the microbes, sure, you get higher carbon emissions, but you also get more vigorous plants sucking up even more carbon. That, in turn, gives the plants enough carbon to produce a big harvest with a surplus left over to feed the dirt. 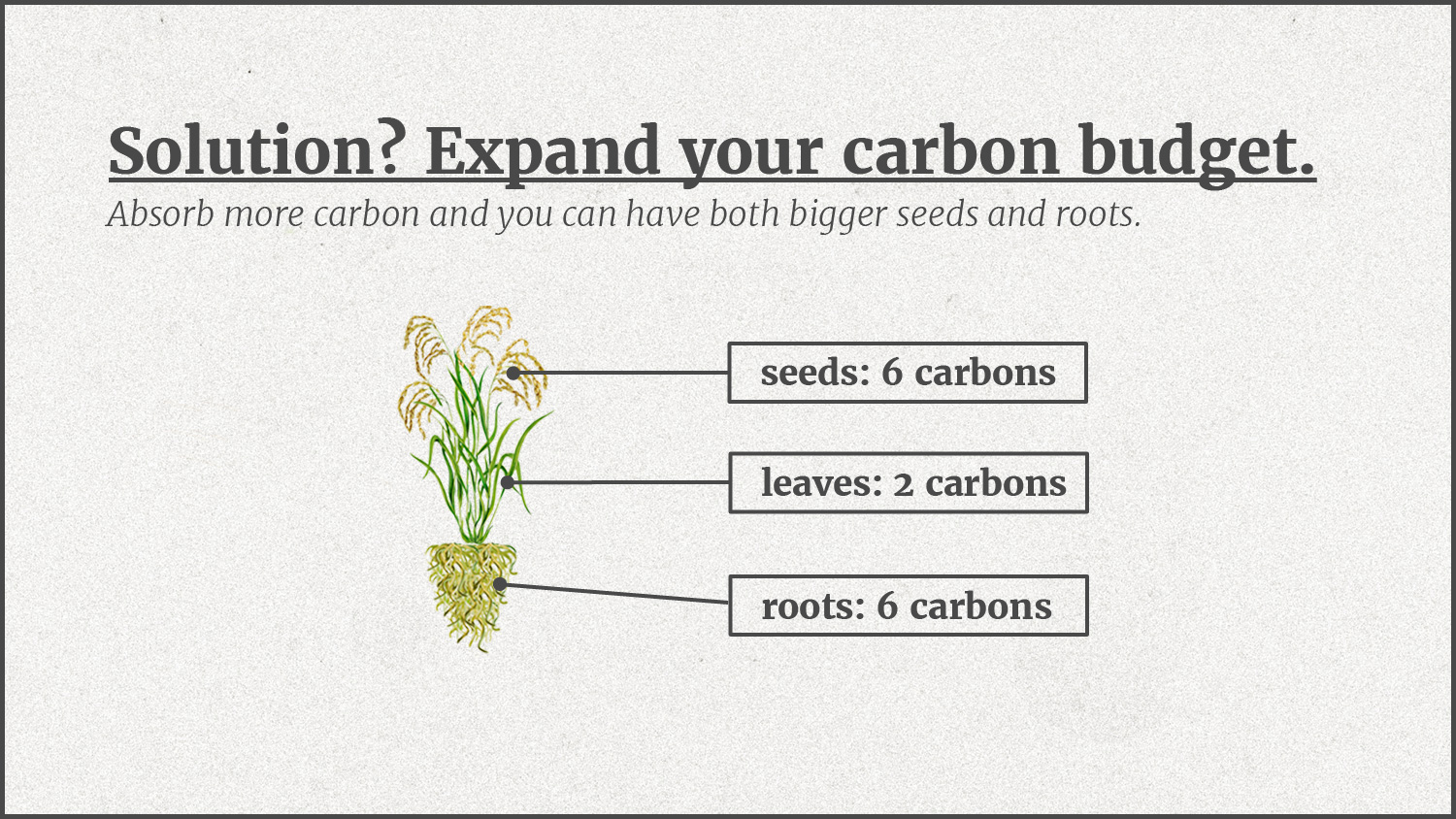 “You can have your soil carbon and eat it, too,” Sanderman says.

Is all this too good to be true? Soil scientist Whendee Silver at U.C. Berkeley had some reservations about Sanderman’s methods. She wondered if the Australian soils that he studied might have changed during decades of storage, and if the results would have been different if researchers had looked at more than just the top 10 centimeters of soil.

That said, Silver thought Sanderman’s conclusions made sense: Grow more stuff, and you get more carbon left behind in the soil. Rattan Lal, director of the Carbon Management and Sequestration Center at Ohio State, also gave the study his seal of approval.

The implications are huge. The study suggests we can slow climate change simply by feeding people. But there’s a gap between discovering something and putting it to use.

Solving one puzzle often opens up many, many more. Humphry Davy invented the electric light in 1802, but lightbulbs weren’t available for regular use until Thomas Edison’s day, 75 years later.

In this case, Sanderman’s sleuthing provides a proof of concept. To apply it, farmers would have to get more plants turning carbon to sugars on every acre of land. Now scientists and policy makers just need to find the barriers that prevent farmers from putting this knowledge into practice.

One issue is that the high-yield Australian fields in Sanderman’s study were growing grass, not wheat or corn. Grass directs its carbon into roots that stay in the soil, while grains are bred to shove carbon into their seeds. That doesn’t compromise the point of the study; the grass was still able to produce tons of hay for harvest while also making the dirt carbon-rich.

But it does add a new riddle: How do we get food crops to act like grass and spend more of their carbon budget on their roots, while still producing bountiful harvests?

The simplest answer, Janzen says, would be to boost yields. Anything farmers can do to allow more plants to thrive — like improving nutrition, irrigation, and protection from insects — will mean more carbon flowing into the soil. And in the long run, breeding for more roots as well as more grain will be a key to getting carbon into the ground without losing food production. Ultimately, that requires improving on photosynthesis, which is as difficult as putting a man on the moon (yep, scientists are working on it).

Another approach is to grow plants on fields that would otherwise be bare. By rolling out a carpet of green during the winter, farms could suck more carbon from the air into the soil. Some farmers are already doing this — growing cover crops like clover and ryegrass and experimenting with a suite of techniques often called “climate-smart agriculture.”

But there’s yet another barrier here: money. For farmers, the costs of planting cover crops often outweigh the immediate benefits. That’s why Ohio State’s Lal argues that farmers should get some help. “We have to recognize that farmers are making an investment that benefits society as a whole,” she says. “They should be compensated. My estimate is $16 per acre per year.”

Some companies have already started paying farmers to employ these techniques, says Roger Wolf, director of the Iowa Soy Association’s environmental programs. These corporations see a trend toward sustainability, with more of their customers pushing for environmental stewardship, and are trying to get out in front of it. The food and cosmetics giant Unilever and the grain trader ADM offer farmers a premium price for adhering to practices that accrue carbon.

Ever since people began pushing seeds into the dirt, we’ve been eating away the carbon from our topsoil. Now we’re finally developing the knowledge necessary to pump that carbon back into the ground. We have a proof of concept and Sanderman has taken the next logical step: He’s working on creating the tools farmers need to put this knowledge into practice. It’s one more link in the chain humans are forging to hold back the worst ravages of climate change.