The low boreal forest that spans the border between Alaska and Canada is the home of the Gwich’in people. There are some 6,000 Gwich’in, hunting and raising their children in villages at the edge of the Arctic Circle. They’ve been there for thousands of years, following the caribou, which provide a majority of their diet, even today.

Bernadette Demientieff, executive director of the Gwich’in steering committee, fears that the herd, and the culture that depends on them, will not survive if oil drilling is allowed on caribou calving grounds.

Since the early 1990s, big oil companies have pushed to open the Arctic National Wildlife Refuge to drilling and today the industry is closer than ever to achieving that goal. In some ways, this struggle to protect ANWR is similar to the fight over the Dakota Access Pipeline at Standing Rock, but with arguably higher stakes. If companies extract oil from the Refuge it could devastate the Gwich’in people, Demientieff said.

“A lot of people may call us activists or environmentalists, but we are just trying to protect our way of life,” she said when we met in Oakland, California.

Q. Why is oil drilling such a threat to your people? 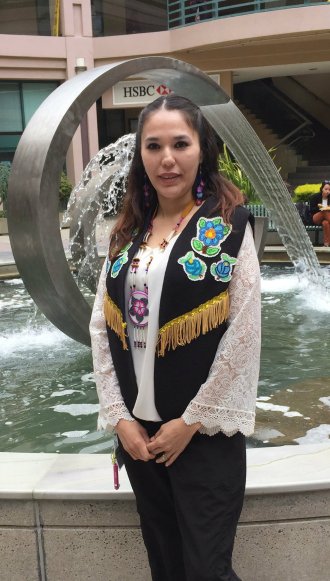 A. My main purpose is to protect the calving grounds of the Porcupine Caribou herd. The Gwich’in people migrated with the herd. For over 40,000 years we’ve had a cultural and spiritual connection to them. But our trail never went into the calving ground where they want to drill. Even when my people were starving we never went there. We call it “Iizhik Gwats’an Gwandaii Goodlit” and that’s The Sacred Place Where Life Begins.

Caribou go there because mosquitoes and bugs can kill a newborn, and this is a place where the wind from the sea blows the mosquitoes away. If we disturb this area, I think we are going to wipe them out.

Q. How important are caribou to the Gwich’in?

A. All our stories, songs, and dances are focused on the herd. We don’t worship them or anything, but we honor them. It’s been passed down from generation to generation that we would take care of them and they would take care of us. One of my respected elders said, “What befalls the caribou befalls the Gwich’in.” We provide for our community by hunting. They really struggle when they don’t get the caribou. In Arctic Village, a can of coffee is $20. Three bananas is $12. A carton of juice is $18. We can’t afford to live off that kind of food, and it’s not healthy for us to eat.

Q. People who read this are aware that there has been a fight for decades over drilling for oil in the Arctic National Wildlife Refuge. What’s happening right now?

A. They hadn’t been able to pass other attempts to open the Refuge before, except in 2005, and then [President Bill] Clinton vetoed it. But this time they snuck it into the tax bill [which passed and President Donald Trump signed in December]. Now they are rushing to sell oil leases — something that usually takes four to five years they are trying to do in one. They are cutting corners. We have a government that’s bullying people, and we aren’t going to allow it. You can’t just come into someone’s homeland and start destroying things. 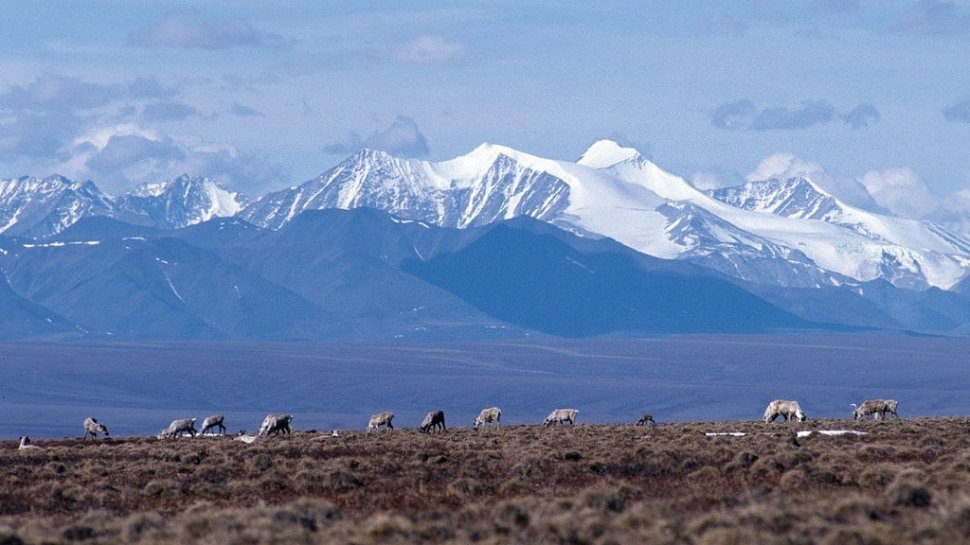 Q. The oil industry has argued that they can drill laterally from a relatively small area, instead of drilling lots of wells straight down. Can you respond to that?

A. Look at the Arctic Slope [just to the west, around Prudhoe Bay]. They said that there, too, and it looks like an industrial area. I don’t believe anything they say anymore. My elders tell me they made promises in the 1970s about how they were going to have jobs for our people, and that never happened. And frankly, we don’t want it. I mean, I like money, but not if it’s gonna hurt the future generations.

Q. There are several tribes and various environmental groups fighting alongside you. This reminds me of the Dakota Access Pipeline. Could this become a similar polestar that brings disparate groups together?

A. Actually the veterans who were at Standing Rock reached out to us. All over the world, indigenous people are trying to stand up for Mother Earth; they are trying to stand up for things that are important to everyone on this planet. And none of us is asking for anything. We’re not asking for money, we’re not asking for schools or buildings, we’re asking to be left alone to continue to live as we always have, in connection to healthy land, healthy animals, and clean water. It’s frustrating that it’s 2018 and we are still fighting for our human rights. It’s embarrassing to this country.

Q. We’d like to think we’ve progressed since the federal government used to push Native Americans off their land.

A. It’s still happening. They are still doing it. They don’t think they are doing wrong. I think they will never understand until it happens to them. We’re encouraging everyone to comment on this at the Department of the Interior before June 19, and maybe check out our website. It’s a really rough time for my people right now.

A. I represent the Gwich’in in Canada and Alaska, and I see my people. They are frustrated they are angry, they are scared. We’ve held this off for a long time. I have faith we are going to stop it.

I’m from Fort Yukon. There was a polar bear outside of my community — that’s totally outside their habitat. We had 17 bear attacks last year alone. Bears were trying to push in doors, crawl in people’s windows. I don’t know what that’s about, but it’s insane. One of our elders said we need to start being careful of our animals because the climate is changing and so will our animals.

You know, we have prophecies that these days were coming. It’s scary.

A. Things will get harder and harder. Food will become scarce. When the day comes, they tell us, we will have to help the people who did this to us.

Q. What made you, personally, take on this cause?

A. Myself, I lost my identity after high school. I struggled with drugs and alcohol, just like my people have done for a long time, and it’s because of the Western way of living being shoved in our faces. We’re being whiplashed into a different life, and it’s hard to adjust. In 2014, I went up to my ancestral homeland, and I don’t know what came over me but I just started crying. I can still picture it in my head right now. You could just see the mountains everywhere, and you could see Arctic Village way down there, and lakes and lakes and lakes, and I understood why my ancestors returned every year. Right then and there I asked creator for forgiveness. I’m here now to share in my responsibility as a Gwich’in.