After being neck deep in oil for nearly a decade, it made perfect sense that the writer Lisa Margonelli would become obsessed with termites. 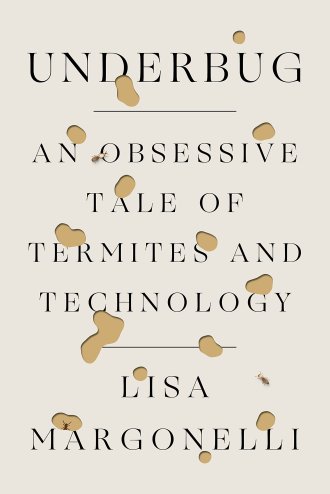 Termites offered an escape from the depressing and seemingly intractable politics that stop us from breaking our addiction to oil. Margonelli had written a bestseller, Oil on the Brain, given a TED talk about petroleum and climate change, and directed a think tank’s energy initiative. But oil politics change direction as slowly as ginormous crude-oil supertankers (which need 1.5 miles to turn around on a good day). Termites, of all things, might provide a surprising shortcut around the slow process of fighting over gas-mileage standards and carbon taxes, people said, because termites had an amazing ability to break down the fibers in wood and grass into elements that might replace petroleum.

If you fully understood how termite guts worked and put them to use, you could be a sort of alchemist, transforming corn stalks into fuel, sawdust into oil, and grass clippings into “grassoline.” You’d also have a new source of alternative fuel.

“Termites, I was told, could turn a piece of paper into a liter of hydrogen,” Margonelli said, in the course of a conversation about her new book, Underbug: An Obsessive Tale of Termites and Technology.

Turning paper into hydrogen that could be used for fuel would be just the start. Organic chemistry and everything it makes comes from oil: fleece vests, fabric softeners, fertilizer, it’s all just rearranged hydrocarbons. If scientists relearn chemistry from termites that could change. Walking into a lab while writing the book, Margonelli inhaled an “unhealthy, warm, seething smell” thrown off by compost microbes. “In my lifetime, chemicals have been recognizable by their petroleum scent,” she writes, “but as chemistry reorients toward biological methods, that smell will go away and be replaced by these strange live smells.”

On a personal level, termites offered Margonelli more than an escape from oil: an entirely different world from her desktop full of PDFs on petroleum production. She learned that these eyeless, white cockroach-relatives form colonies, like bees, and share one big digestive system. Termites exchange “what entomologists politely call ‘woodshake’ — a slurry of feces, microbes, and wood chips — among themselves, mouth to mouth and mouth to butt,” Margonelli writes. And so, while individual termites die, this great pooled gut, and its treasure-trove of microbes, attains immortality.

Before long she was on a termite-hunting safari in Namibia, watching as scientists dug into a termite mound with a pickaxe until they found the matriarch of the colony. “The queen was huge — as big as my finger,” Margonelli writes. “Her legs and upper body waggled but barely budged the fluid-filled sac of her lower body, which pulsed erratically, as though she was a toothpaste tube squeezed by an unknown hand. Her skin was shiny and translucent and the fats inside her swirled like pearly cream dribbled into coffee.”

It’s not just that Margonelli can write like H.R. Giger could draw (the guy who designed the monster for Alien). The strangeness of the scene makes it repulsive. Until recently, we didn’t know much about termites. Almost all the science published on them was about how to kill them. But just as Margonelli’s obsession was setting in, lots of scientists started studying these bugs.

In the decade Margonelli spent working on her book, termite science exploded into:

Metabolomics: looking at DNA all the crazy germs that live in termite guts to try and figure out (among other things) how they digest wood

Synthetic biology: Building new DNA for lab bacteria so that they can perform some of the same tricks as termites.

Ecology: Studying how termites influence big tracts of land (by moving water and cycling nutrients they buffer against droughts).

Mathematical biology: Searching for the patterns that termites form across the landscape (one species forms a hexagonal grid with one mound per hex, and a leopard-spot pattern of grasses growing atop).

Complexity theory: The instructions individual termites following that results in the overall building of the mound, and organization of the colony.

Robotics: Building tons of little robots with simple instructions in attempts to develop a kind of “swarm mind” that can accomplish complex tasks.

The Department of Defense poured $100 million into synthetic biology between 2010 and 2014 and got a return on its investment: The termite research helped scientists develop advanced rocket fuel that sells for $25 a gallon.

But we still can’t fill up our cars with termite fuel. That would require political action. It would take a nationwide push to stop burning oil and spend enough money and effort to make grassoline a thing. To be sure, the bugs have showed scientists how to bring the cost of “grassoline” from $100,000 per gallon to about $30 — that’s amazing progress, but it still doesn’t beat the price of gasoline.

Margonelli had hoped that termite technology would provide a shortcut around all the compromise and conflict that comes with politics; instead, they led her right back to politics.

One of Underbug’s key insights is the realization that we tend to think about technology as a sort of god — bearer of salvation or damnation. But technology doesn’t just happen. People make it happen. We should be engaging with technology, Margonelli told me, striving to comprehend its limitations and possibilities, asking what we want from it, and who it will serve. People should be pushing to fund the research and development of the technology they want, she said. In other words, technology doesn’t circumvent politics, it’s a product of politics.

“We as people who care about science and technology have to get involved in politics,” Margonelli said. “There’s something exhilarating when you see all the termites running in the same direction. There’s this force that happens. In massing together and being social and deciding that we are all going to do something together you get abilities to do things that previously seemed impossible, like the Civil Rights Movement in the United States.”