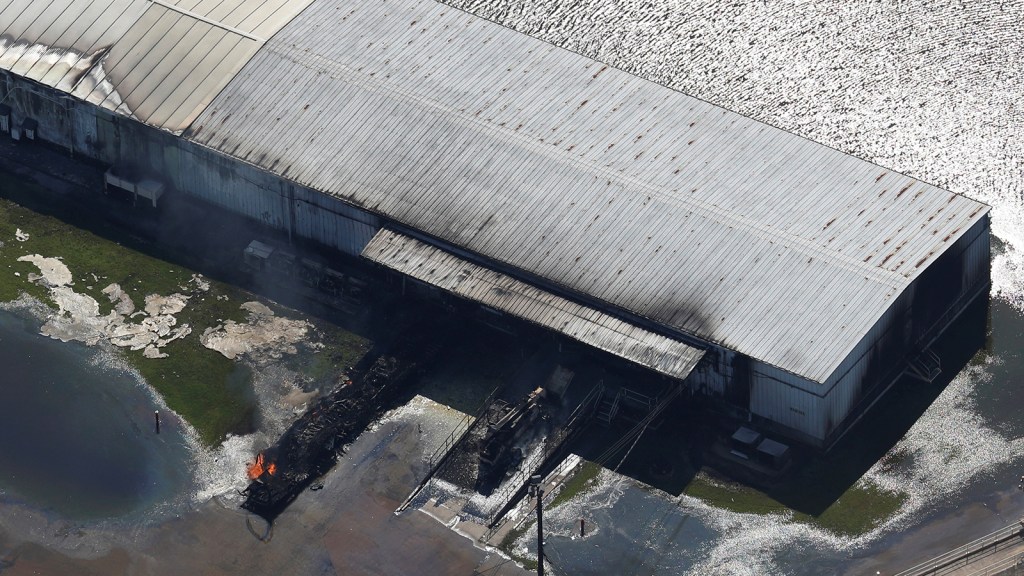 Seven first responders who were exposed to fumes from a chemical fire last week at a Crosby, Texas, manufacturing plant have filed suit against the plant’s owner, alleging that the company’s negligence caused them “severe bodily injuries.”

The plaintiffs, who include police officers and medical personnel, say in the lawsuit that when they were dispatched to the Harvey-flooded Arkema chemical plant in the early hours of Aug. 31, they were not alerted that more than one explosion had already taken place. Exposed to strong fumes, they “began to fall ill in the middle of the road,” and “police officers were doubled over vomiting, unable to breathe.” The suit also states that medical personnel “became overwhelmed, and they began to vomit and gasp for air.”

According to the Harris County Sheriff’s Office, 15 sheriff’s deputies were sent to the hospital and released later on the morning of Aug. 31. Company officials described that smoke as “a non-toxic irritant,” and Harris County officials compared it to what escapes a campfire or barbecue pit.

The plaintiffs claim that the company never warned them of “toxic fumes” present on the site. Company officials, as well as state and federal government agencies, have maintained over the last week that they have not found “toxic concentration levels in areas away from the evacuated facility.” The company has been criticized for its refusal to disclose certain chemical safety documents. Arkema CEO Rich Rowe has described this as an attempt “to balance the public’s right to know with the public’s right to be secure.”

The plaintiffs are seeking more than $1 million, according to the suit. Arkema did not immediately return a request for comment Thursday.

Fires at the Crosby plant occurred in the aftermath of Hurricane Harvey, whose floodwaters took out the plant’s primary and backup sources of power. Without refrigeration, organic peroxides in the plant began to degrade, culminating in a series of explosions beginning Aug. 31 and continuing over the next several days, with flames and black smoke extending more than 40 feet into the air.

Over the weekend, the company set the remaining chemicals on fire in an attempt to manage the impact. Residents who live within the 1.5-mile mandatory evacuation radius of the plant were allowed to return to their homes earlier this week.

Some of those residents told the Houston Chronicle they are also considering filing suit against Arkema.

The Texas Tribune is a nonprofit, nonpartisan media organization that informs Texans — and engages with them — about public policy, politics, government, and statewide issues.