Every coal waste dump site is a disaster waiting to happen 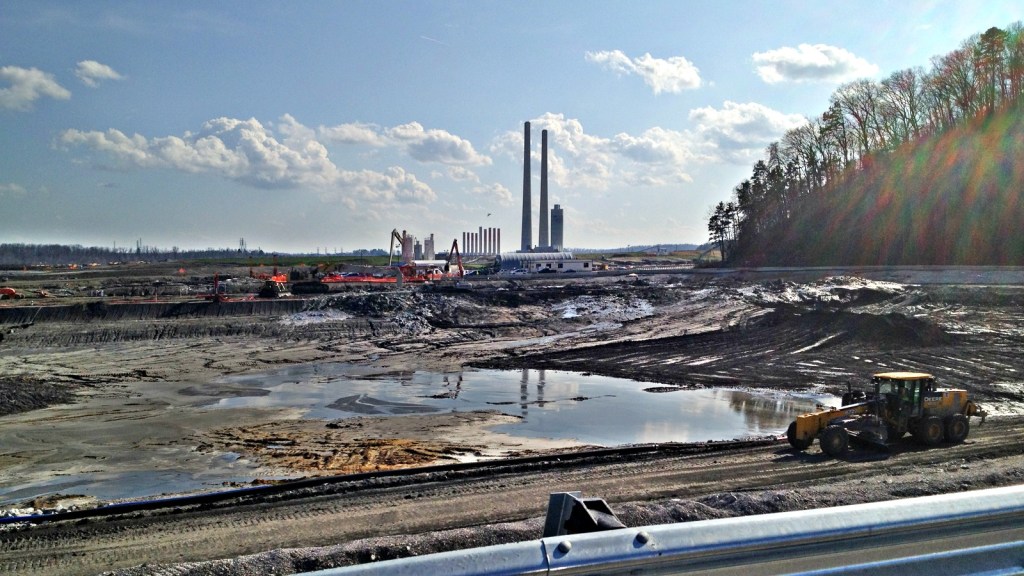 Every coal waste dump site is a disaster waiting to happen

The United States still relies on coal to provide 30 percent of its electricity, and a typical plant produces more than 125,000 tons of coal ash — the byproduct of burning coal — every year. For decades, power companies dumped this product, which can contain toxic metals such as arsenic and mercury, into unlined ponds that had the potential to leak and contaminate the drinking water of nearby communities.

Despite an EPA rule that requires power companies to dispose of the waste responsibly and monitor water quality near the dumping sites, coal ash continues to be a serious environmental concern. The rule regulating coal ash is weak and gives utilities the option to dump coal ash in landfills and old mines — often turning them into toxic waste sites. Many are located in and around marginalized communities without the power to fight back. Now, with an administration that’s hostile to environmental regulations in power, the coal ash problem is likely to get worse.

“These are all disasters waiting to happen,” says Frank Holleman, a senior attorney at the Southern Environmental Law Center.

The biggest disaster to date occurred in 2008 after a retaining wall surrounding the Kingston Fossil Plant collapsed, releasing more than 1 billion gallons into the Emory and Clinch rivers and the surrounding area. Mixed with the river water, the coal waste created a toxic sludge that destroyed or damaged 40 homes in a middle class, mostly white community.

The spill cleanup included trucking the spilled coal ash hundreds of miles away to Uniontown, Alabama, a predominantly black town where a large percentage of the population lives below the poverty line. Starting in 2009, the coal ash was dumped into a landfill, and local activists charged the leak with threatening community health and the surrounding environment. In 2016, the company that owns the landfill filed a $30 million defamation suit against four Uniontown activists who criticized the site. In February, the suit was settled and the company dropped their claim. Uniontown is stuck with the landfill — for now.

“A modern, lined landfill is tremendously safer than these water pits next to a river,” Holleman says. But some environmental justice advocates say that landfills are not always safe. “Any engineer will tell you,” says Lisa Evans, a senior attorney at Earthjustice, “all landfills leak.” When they leak, the toxic metals from coal ash can seep into the groundwater and contaminate drinking water sources.

In 2014, six years after the Tennessee spill, the EPA issued its final rule regulating coal combustion residuals, known as the CCR rule. Power companies would have to line their disposal sites to prevent leaking, monitor local water quality, and release more information to the public about their disposal activities. After intense lobbying by the utility industry, the EPA did not classify coal ash as a hazardous material, but rather as solid waste, meaning the federal rules regulating coal ash were less stringent than what many environmentalists had wanted to see. Also, the EPA has no enforcement authority.

To environmentalists, this rule was only a partial win. The many new regulations, Evans notes, are “relatively easy to get around” because “there are lots of holes in the ground” that aren’t covered by the CCR rule. For example, municipal landfills and abandoned mines are exempt from the rule, and, she noted, there were concerns that power companies will try to save money by cutting corners or disposing of the waste unsafely. “This is the injustice of it all,” Evans says. “Building a landfill is 19th century technology. The money [utility companies save] amounts to pennies.”

For power companies that use off-site landfills for disposals, certain areas become prime targets. A 2016 environmental justice report from the U.S. Commission on Civil Rights found that nonwhite and low-income individuals are disproportionately affected by the location of coal ash disposal sites. Because the CCR rule doesn’t include enforcement from the EPA, fighting coal waste disposal sites falls on the backs of communities with fewer resources to fight back. “It’s easier to build a new landfill in communities of color, or poor communities,” says Evans.

The residents of Jesup, Georgia — a rural, cash-strapped town more than 200 miles away from Atlanta — experienced this problem. A waste-hauling company had applied for a permit to dump coal ash in their landfill in 2016. In June, HuffPost reported that a Phoenix-based company, Republic Services, planned to expand a rail line that leads to the community’s landfill in order to haul 10,000 tons of coal ash through the community and into the dump, and they intended to do this every day.

Jesup residents pushed back — and won. The local newspaper published dozens of articles about the dangers of coal ash and organizers recruited environmentalists and local lawmakers to help amplify their cause. While Republic Services backed off on their plans, there’s nothing legally stopping them from trying again. “A lot of people come up to me and say: ‘Congratulations! Y’all won!’” Peggy Riggins told HuffPost. “And I say, ‘We don’t have anything in writing.’”

Holleman acknowledges that many problems arise when utility companies keep the public in the dark. “In some communities, there have been very legitimate concerns and outright opposition,” Holleman says. “Some utility companies always want to act in secret and drop things in communities rather than work with them.”

But what are environmentally acceptable options for disposal sites?

Utility companies sometimes dispose of their coal ash by turning it into concrete or using it in soil, which is known as a “beneficial use” project. According to the Natural Resources Defense Council, if the coal ash is “encapsulated,” meaning it can’t leach toxic materials when it gets wet, it’s safe to reuse in construction. But if it’s not encapsulated, problems can occur, as they did for residents of Bokoshe, Oklahoma, where coal ash flies around like pollen covering homes, lawns, and swimming pools. A state-permitted disposal pit dumps the coal waste into an old coal mine, a practice called as minefilling — something the state of Oklahoma considers beneficial use. Residents blame coal ash for what they say are an increasing number of cases of asthma and cancer in their community.

Further north in Pines, Indiana, coal ash that was disposed of in a nearby landfill and used to fix roads caused the town to be designated a Superfund site in 2004. The EPA tested drinking water wells in Pines and found high levels of toxic metals in the wells and residential areas.

While environmental advocates say that the Obama-era rule is weak, the Trump administration is poised to make it worse. Scott Pruitt’s EPA has rolled back several environmental regulations designed to protect the health of the public. In May, the agency informed states that it was working on guidance that would give them more flexibility in regulating coal ash. “EPA expects that its new guidance will allow for the safe disposal and continued beneficial use of coal ash, while enabling states to decide what works best for their environment,” the agency said.

“This poses lots of dangers to people in coal states,” Evans says. “States will be given the reigns to run a permit program under an EPA that doesn’t care.”