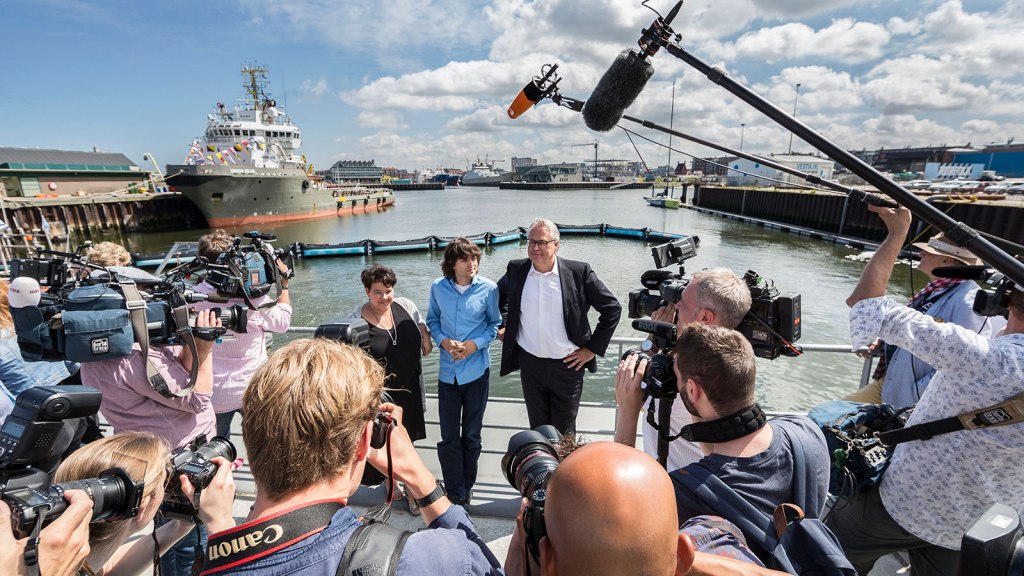 Michel Porro / Getty Images
you had one job

The $20 million effort to clean up the Great Pacific Garbage Patch has hit a bit of a snafu.

Organizers for The Ocean Cleanup, which launched the project in September, already had their work cut out for them — the floating garbage patch is made up of an estimated 1.8 trillion pieces of plastic, which has coalesced into a field of debris twice the size of Texas, weighing in at 88,000 tons (that’s the equivalent of 500 jumbo jets, yikes).

In order to clean up the massive garbage island, engineers at the non-government organization built a U-shaped barrier, which they hoped would act like a coastline, trapping the plastic floating in large swathes of the patch. The system can communicate its whereabouts at all times, allowing a support vessel to come by periodically to pick up all the junk in the device’s trunk, so to speak, for recycling.

The highly anticipated endeavor deployed out of San Francisco in September, when the floating device — known as System 001 or Wilson — was towed out to the island of rubbish located between California and Hawaii. The goal of The Ocean Cleanup is to remove up to 50 percent of plastics in the area within five years.

But so far, the giant garbage catcher is having issues holding on to plastic waste.

George Leonard, chief scientist of the Ocean Conservancy, a non-profit environmental advocacy says the organization’s goal is admirable, but can’t be the only solution to ocean plastics pollution. He said a solution must include a multi-pronged approach, including stopping plastic from reaching the ocean in the first place. Humans dump more than 8 million tons of trash into the ocean each year — the equivalent of one dump truck full of plastic every minute.

“The clock is ticking; we must confront this challenge before plastics overwhelm the ocean,” Leonard said.

The Ocean Cleanup Fonder Boyan Slat said the slow speed of the solar-powered 600-meter long barrier isn’t allowing it to scoop up plastic from the swirling trash island. Over the next few weeks, a crew of engineers will make tweaks to the system. Slat says it’s all part of the process when you take on a project this ambitious (Forbes called it “the world’s largest ocean cleanup”).

In a statement released on December 20, Slat said that he always expected it was going to be a bit of an ongoing experiment. “What we’re trying to do has never been done before,” he said. “For the beta phase of [the] technology, this is already a success.”