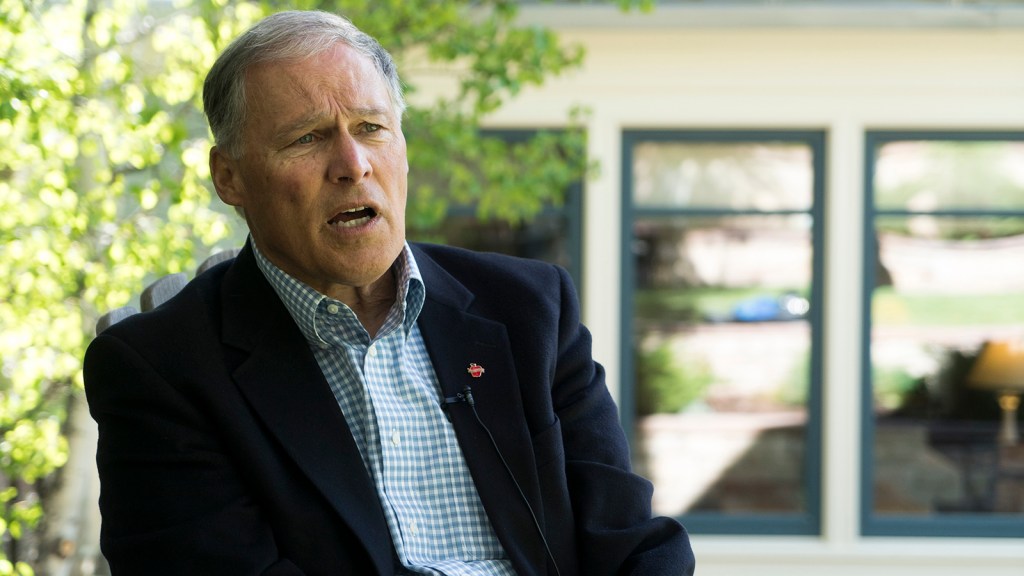 It’s a little surprising that deep-blue Washington state hasn’t been able to pass a carbon-pricing bill, despite having a Democratic climate hawk as governor for five years. A carbon tax hit the ballot in 2016, but failed after causing a rift among progressives. Then, earlier this year, a legislative attempt fizzled out in the state Senate.

But now there’s a new ballot measure on the table, and Governor Jay Inslee is feeling optimistic this time around.

“I’m very excited about Washingtonians being able to express themselves at the ballot when the legislature has not yet acted to help them get access to clean energy and those jobs that are really on the horizon for us,” he tells Grist during the Mountainfilm festival in Telluride, Colorado.

If the Protect Washington Act, or Initiative 1631, garners the 260,000 signatures it needs, Washingtonians will be deciding the fate of first carbon price in the U.S. in November. The so-called “pollution fee” would put a $15 charge on each metric ton of carbon emitted in Washington starting in 2020, with the price to emit ramping up over time. Revenue would go toward investing in clean energy, protecting natural resources, and helping vulnerable communities prepare for wildfires and sea-level rise.

Inslee sat down to chat with Grist about his hopes for the new measure, as well as how Washington can lead the way forward on climate. The following conversation is condensed and edited for clarity.

Q. As governor, what sort of weight can you throw behind Initiative 1631?

A. Two-hundred and five pounds, which is all I’ve got! Actually, on a bad day, even more than that, maybe.

I’ve endorsed it, and I’ll speak in favor of it. I’ll encourage others to join in the effort. I’ll encourage others to be in control of our own destiny, and that’s one of my central messages: You know, if you’re mad about what Donald Trump has done in denying climate science and trying to take us out of the Paris Agreement, he can’t stop you from voting for this initiative. He can’t stop you from doorbelling for it. He can’t stop you from, if you know anybody under the age of 30, calling them on election day and making sure they got their ballots in. This is a moment of great freedom, and nobody can stop us.

It does it without having politicians involved. It’s citizens who are helping to make this decision. So I would suggest it’s moderate in the sense that it responds to the needs of a broad spectrum of people, not one ideology or one ethnic group or one geography. And it’s a modest amount of a charge, as well. People won’t notice it, because frankly gas prices go up and down more than this fee will.

Q. So you’re saying that the initiative process doesn’t have politics involved?

Q. But the legislature isn’t involved, and it has tried for a carbon tax, which has never gotten to a vote. Are you more optimistic for a ballot initiative since voters will be the ones deciding?

Q. But voters rejected Initiative 732, the carbon tax on the ballot in 2016. What happened?

A. Well, several things. One was that there was a flaw in the initiative. It would’ve reduced the funds available for schools in our general fund. I don’t think that was the intention of the drafters, but it had that flaw.

Number 2, voters were asking what we would get for our money. They were asked to essentially have a tax, but you couldn’t point to things they’d get for their tax, so that diminished support for it dramatically.

Third, there was just no support politically for it from any point of the compass. The drafters thought that this would get the Republican Party to all the sudden discover that we needed to do something about climate change, and it just didn’t work in that regard.

Q. So what happened in March this year with Senator Carlyle’s bill?

A. Well, there weren’t enough votes to pass it. Particularly in the Senate, they were two or three short.

We hope that’ll change with new personnel in the Senate, and we hope people become more enlightened about it next session, if necessary. We hope the voters do the job. If they don’t, we’ll be back working on the legislature. And I’m hopeful about that, because the need is becoming more apparent. Fires and floods that we’re experiencing in Washington are every month making it more apparent that we have to act. The momentum is building significantly for this.

A. I think this is a much more balanced and much more promising approach. Because essentially, people know what they’re getting for their money. They’re getting access to electric cars, to clean energy, help with energy bills, to new ways to build jobs and businesses.

Q. What’s something that’s being done around climate change in Washington state right now that you think could be exported to other states fairly easily?

A. Well, the technology that we’re developing. We make the largest vanadium-flow battery that can integrate renewable energy into the grid. And they’re selling that product around the world. We’re selling carbon fiber that goes into BMW electric cars. We have companies now in Spokane, Washington, that are figuring out how to integrate renewable energy into smaller grids.

That’s kind of our forte — not my personal one, but our statewide one — using software to integrate multiple systems. We’re gonna export that to the world.

Q. In your Mountainfilm keynote yesterday, you mentioned the Clean Air Rule, the statewide cap on carbon emissions that’s being held up in the courts. What’s the future of that rule?

A. I firmly believe it’s within the law — in fact, it’s a responsibility. We’ll see what the Supreme Court has to say about it. But what we have found is that we need all hands on deck. All segments of government need to work together on this and take action: executive, legislative, judicial, and the people, ultimately.

So I’m hopeful that we’ll win in the Supreme Court, and we’ll be able to follow the will of the voters, which I believe is to protect the health of our kids. And I believe the executive branch has been given that responsibility, and I fulfilled it. 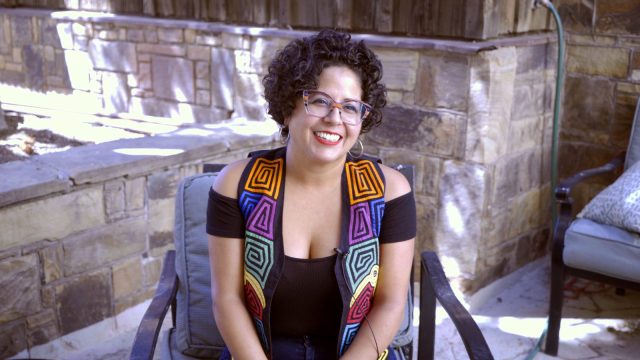 The Oakland-based artist and activist is putting people and solutions at the center of her work. 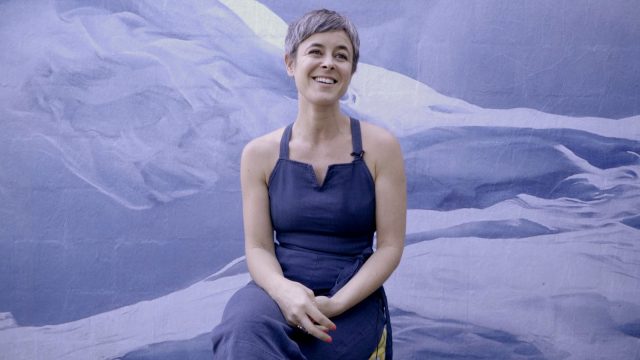 The Brooklyn-based landscape artist -- with an assist from NASA -- depicts the beauty of melting ice and rising tides. 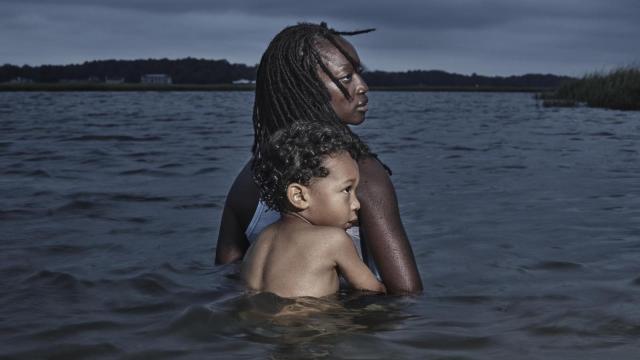