As we clear wildland for development and agriculture, animals seek new habitats — often among people. That’s why cities have seen an increase in coyote populations. Growing up in Los Angeles, Chris Schell loved to observe the canids slinking around his backyard. Now he gets paid to watch them, as an associate professor of urban ecology at the University of Washington Tacoma.

Although he studies animals, Schell’s research has a distinctly human focus. As a kid, he most often spotted his beloved carnivores in the affluent neighborhoods of his friends. “They had huge yards with trees I’d never seen before,” he says. “I knew there was a caste system: If you have more wealth, you probably live in a more biodiverse area.” That observation led him to study how the behavior of urban predators reflects inequalities in our cities. His findings show that coyotes prefer areas with lush greenery — environments that tend to be white and high-income.

Racist housing policies of the past, like redlining, continue to shape our cities in the present. A report released last year found that communities of color are almost three times more likely than white ones to live in “nature deprived” areas with little to no access to trees, parks, and gardens. That can take a toll on residents’ mental health and leave them vulnerable to climate-related risks like extreme heat, air pollution, and flooding. The shortage of greenery also limits the areas where wildlife can thrive, forcing animals into smaller, less diverse habitats where, among other things, they may come into conflict with humans.

To Schell, the solution is to design cities that work for all people and animals. Coyotes may not be the most welcome neighbors, but Schell says they maintain balance in our ecosystems. Carving out green spaces for both humans and wildlife to enjoy can foster the biodiversity we need to draw down carbon, cool our cities, and keep our air and water clean.

Fix talked to Schell about how people can coexist with urban predators like coyotes and racoons, and how we can protect them — and our most vulnerable communities. His comments have been edited for length and clarity.

Why we all need a little green 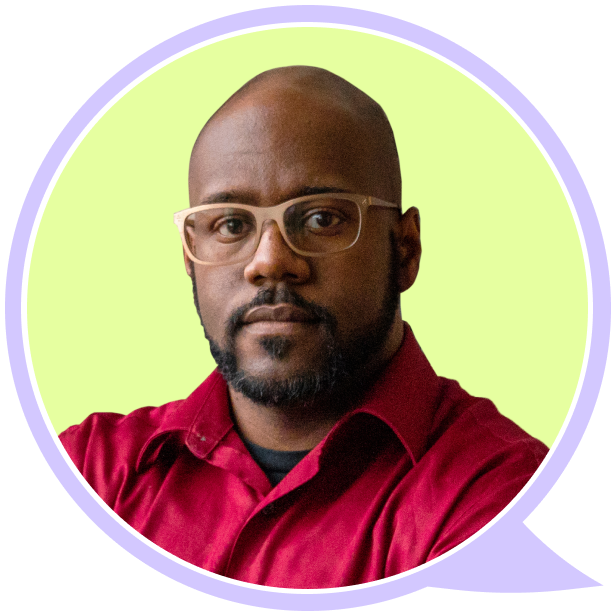 Green space provides an environmental cooling effect. Trees and other vegetation also help mitigate air pollution. When you reduce the amount of plants in urban areas, you chip away the shield protecting residents from extreme heat and pollutants. Low-income communities of color tend to lack access to green spaces, have a greater proportion of impervious surfaces like concrete and asphalt, and are closer to sources of pollution like power plants. That has a negative psychological effect, and leads to higher rates of heat stroke and asthma.

Birds, mammals, and insects that are experiencing similar pollution gradients are also going to suffer. A deterioration of wildlife creates a vicious cycle, because it degrades the health of the neighborhood ecosystem, which then makes it less likely to mitigate the heat and pollution that’s depleting it in the first place.

Why coyotes are the heroes we need

I get an email at least once a week that reads something like, “Hey, I have a raccoon in my backyard,” or, “This coyote bit my dog. They don’t belong here.” I first explain that many wildlife agencies have tried and failed to eradicate these species from residential areas. No matter how much you may not want them to be here, they’re going to be here. Then I tell them that these carnivores are the apex predator that every ecosystem requires. They help regulate an abundance of prey species, allowing other organisms to survive in the environment.

I often borrow a quote from Batman: “They may not be the hero we want, but they’re the hero we need.” I’m on the coyote’s side every single time. If you want to live in a healthy ecosystem, this is what it takes — it’s not just environmental regulations or pouring more money into clean energy. We are all part of one living organism, and for it to survive, we need to maintain every part.

How to live with our wily neighbors

To best coexist with animals, especially carnivores, we must avoid feeding them. Feeding them  creates an association among wildlife that people should be giving them food, so they get closer and closer to people. If they reach a point where they’re hungry, they will antagonize people until they get food. We’ve found in our research that many coyote attacks happen when an animal has been fed copious amounts of anthropogenic food.

More broadly speaking, we need to design our cities to incorporate more green space and create better habitats for humans and wildlife. Urban gardens can add biodiversity while also building food sovereignty locally, reducing the carbon emissions generated by our industrial agriculture system, and creating a community gathering space. I’m wary about tree planting, since that can increase property values and gentrify the area. Well-intentioned people in the past have created more green space, but then replicated social ills by also building high-rises, mowing lawns, clearing native vegetation, and displacing people who were already there. But I’m all for planting trees if we establish the necessary safeguards, like rent control and pathways to homeownership.

What wildlife can teach us

We’re all connected. The way we treat each other mirrors how we treat our natural world. We have a choice: Do we want to go out because we can’t combat this demon of white supremacy, which is killing the natural world? Colonization has decimated natural landscapes to the point that many of the species we had in the Americas are on the brink of extinction. We need to deconstruct and eradicate these systems of oppression if we want any hope of solving the climate crisis and biodiversity loss. Stewardship is something you can’t do for a couple of months and be done with it — just like being anti-racist, it’s a lifelong journey.

Folks should know that coyotes and raccoons are just as endearing as any other species. I have spent more than a decade watching and observing coyotes, from when they’re puppies to when they have puppies of their own. They’re magical. They have their own personalities and idiosyncrasies. Raccoons, too, have their own stories to tell. A mom with four babies recently visited my front porch looking for food, and they were super bold. Those interactions are precious, and everybody should be able to enjoy wildlife in their own backyard, without traveling to Yosemite or Yellowstone. The fact that that’s not true right now is what keeps me keep fighting.