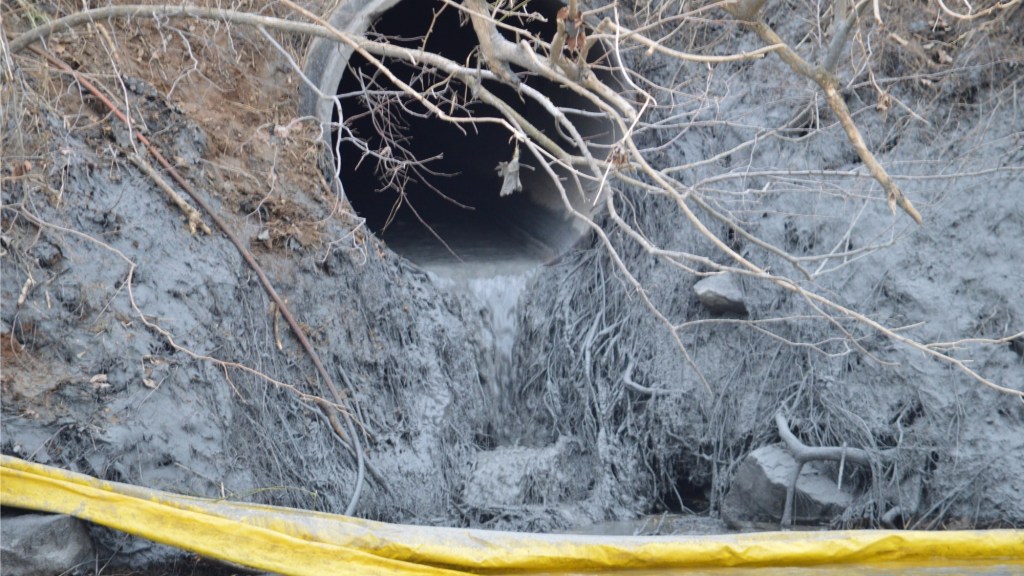 After utterly ruining 70 miles of a North Carolina river, Duke Energy has been making nice noises about cleaning up its coal-ash ponds — the type that ruptured in February with environmentally catastrophic consequences. But a presentation to state officials this week revealed that the company is only aiming to achieve a small portion of the reforms that environmentalists have long demanded. Al Jazeera reports:

Duke’s current plan, presented on Tuesday, calls for the removal of all the coal ash at three basins, including the one that leaked into the Dan River. At Duke’s 14 basins where coal ash is still deposited regularly, Duke said it would convert to dry ash handling — a method that could reduce the risk of leaks into rivers and groundwater — or retire those units. At the inactive basins, Duke said it would begin the process of drying the ponds so only ash remains.

Duke said its current plan would take a few years to complete and cost upward of $2 billion.

But environmentalists say the plan doesn’t go far enough and want Duke to close its coal ash basins and remove the ash from unlined pits. The company warns that could take three decades and cost up to $10 billion. …

Some activists believe it could be done more quickly.

The federal government plans to publish regulations covering the storage of coal ash — residue left behind after coal is incinerated — this year. Problem is, we’ve heard that before. The EPA made similar promises after more than a million gallons of coal slurry broke loose from a Tennessee power plant in 2008, smothering 300 acres of land and waterways. Perhaps if that promise had been kept, Dan River would not be such a mess today, and we wouldn’t need to be listening to Duke Energy’s lame excuses.