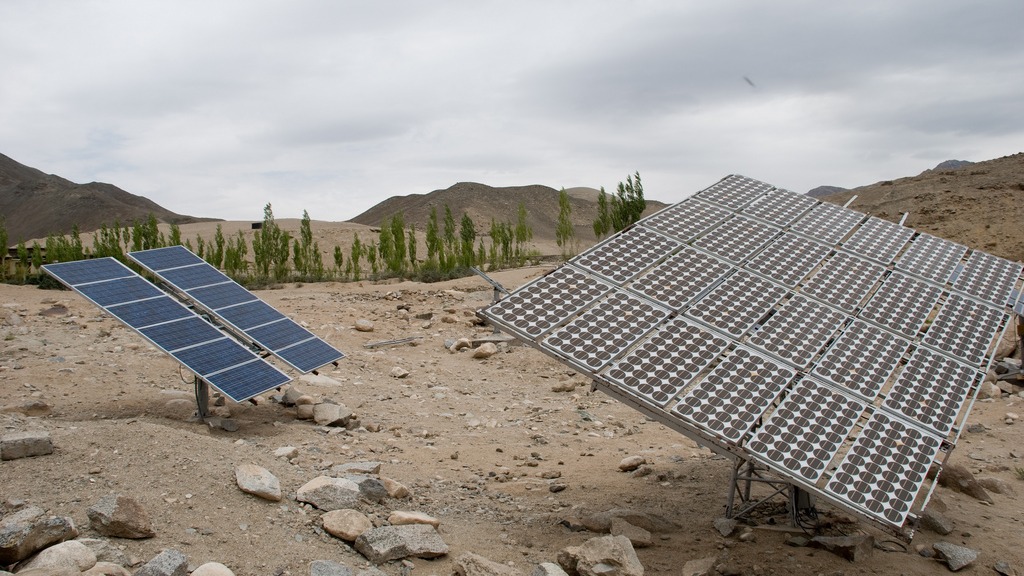 India is going gangbusters for solar. Over the past four years, the country has boosted its grid-connected solar capacity from 18 megawatts to 2,200 MW. The prime minister’s pet renewables project, the Jawaharlal Nehru National Solar Mission, aims to increase that figure to 20,000 MW by 2022. And, as we told you yesterday, India has plans to build the world’s biggest solar array.

Such ambitions are helping the country slow the growth of its carbon emissions and are providing reliable electricity supplies to historically electricity-poor communities. And because the national solar program requires developers to use domestically made panels, it’s generating green jobs in a country where poverty is rampant.

Which all sounds great — unless you’re the U.S. government.

U.S. Trade Representative Michael Froman says India’s rules requiring use of domestically produced solar panels unfairly discriminate against American panel manufacturers. He has been trying to smash open trade barriers around the world on environmental goods like solar panels and wind turbine components. On Monday, he announced that the U.S. would file a case with the World Trade Organization in a bid to abolish India’s rules on use of domestic panels. “Domestic content requirements detract from successful cooperation on clean energy and actually impede India’s deployment of solar energy by raising its cost,” Froman argued.

The complaint could eventually lead to a WTO ruling on whether the requirements are legal under international law. If they are ruled to be illegal and India refuses to yield, the stage could be set for a trade war between the world’s biggest democracies.

(And the U.S. and India haven’t exactly been BFFs lately. After an Indian diplomat was arrested in December for alleged labor violations involving her maid, India retaliated by stripping American diplomats of certain privileges and removing security barriers from in front of the U.S. embassy. One Indian official went so far as to suggest arresting gay partners of American diplomats in India, where homosexuality is banned.)

India’s trade minister vowed to protect the domestic solar requirements, and hinted that the nation was ready to escalate the fight. “India will respond at the WTO adequately,” Anand Sharma told reporters in Delhi. “We may also have some issues with them with regard to solar. We may also have an application or may move the WTO.”